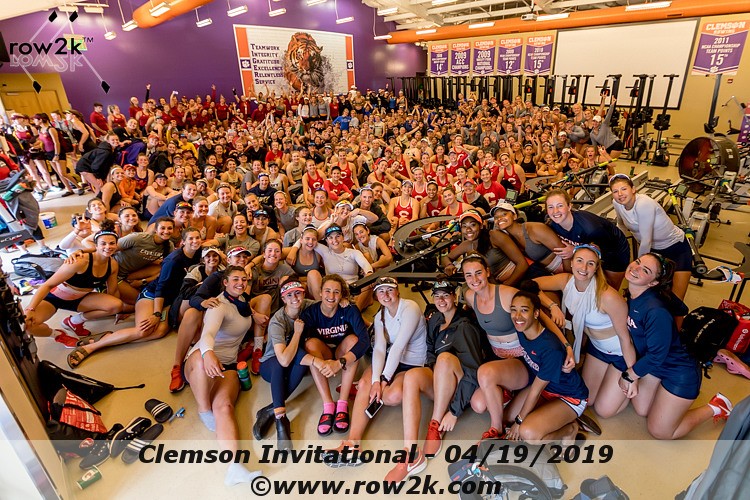 Here's a massive group shot during a tornado delay on Friday of the later cancelled Clemson Invitational. At best count, there are at least eight teams packed into Clemson's erg room: Virginia, Cornell, Navy, Tennessee, Duke, Alabama, Minnesota, and Clemson. Racing was pushed to Saturday and later cancelled due to too much flow across the lanes.