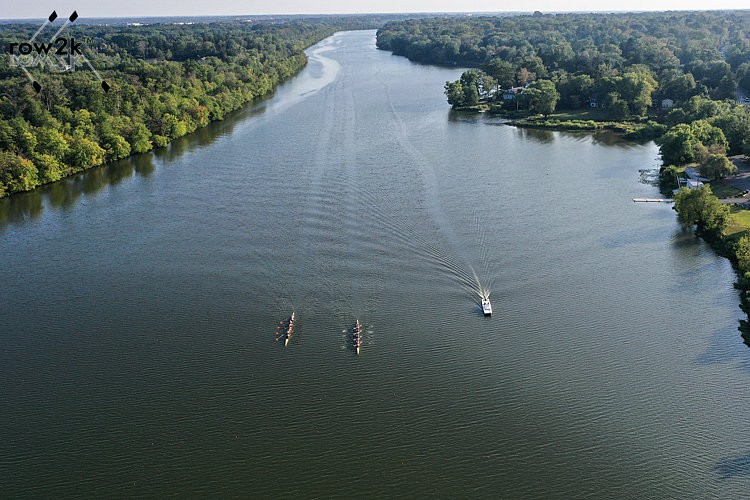 The season is coming at us fast

When summer comes to an end and rowing programs return for the fall season, coaches at every level have to begin training for head racing while also balancing the needs of varying levels of athlete fitness and program goals.

Some athletes went immediately from the spring championships to summer club programs or national team camps that raced in competitive regattas or World Championships who may need time off, while others that either trained on their own - on in some cases not at all - need to get to work.

It's a complex situation that most coaches are faced with every year, and, if not handled in just the right way, could risk injury or drive dropout levels.

"That's probably one of the biggest issues for all of us," said Virginia women's head coach Kevin Sauer, who oversees a program that traditionally contributes athletes to national teams, but is also large enough to have athletes with varying degrees of summer training habits.

Sauer has it all, and he, like most coaches, has a way of dealing with it all.

To get a sense of how coaches handle the transition to fall rowing and training, and all the levels of athlete fitness, row2k spent a few days talking to coaches to see what their various approaches are.

And a few common themes emerged: Ease back in, focus on technique and volume, identify specific group and individual needs, recognize that fall head racing can be both a good and a bad thing, and stay close to the mission of every school program - going the fastest in the spring.

Or as Texas women's head coach Dave O'Neill puts it:

And to that end, Texas takes the pressure off altogether by not racing competitively in the fall. 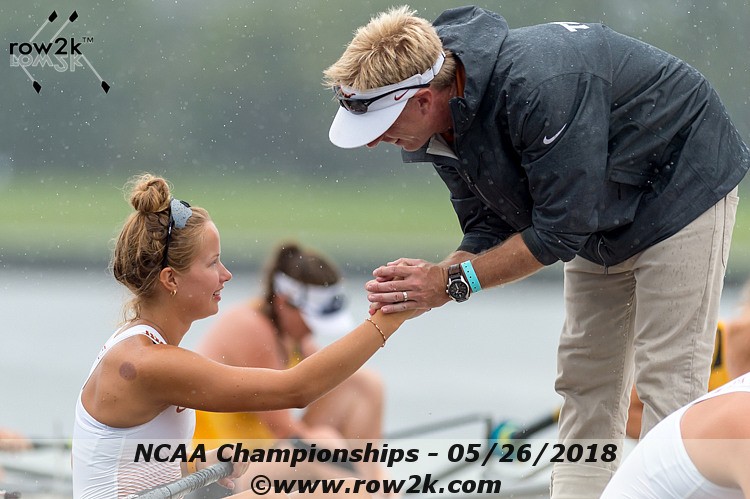 Dave O'Neill launching a crew at the 2018 NCAA Championships

Athletes coming off a World Championship - Texas had four racing at the 2019 Worlds - have as much time as they need to get back to rowing. Athletes that are coming off an injury have time to heal, and athletes that need extra work don't have to worry about racing until it's time for NCAA racing.

"The overarching point for us, and that's maybe a different tack than some other teams do, is we are entirely focused on NCAAs, going fast in late May," O'Neill said. "The main thing is to go fast at NCAAs, that's what guides us all the time.

"So, for our top end kids, they know their job this fall is to be healthy, strong, fit and ready to go January 3rd when we really start the spring season. So, when you work back from NCAAs, the goal is to have five months of really great training.

"So, there are some kids coming off of injuries, kids that are going to be real contributors who might not even row this fall. But I know they row well, they're going to be strong and they need to be fit and ready to go when we start up in January."

O'Neill said that Texas will race at one fall event, the Head of the Oklahoma, and he will target it as only a fun event.

There are other coaches that share that opinion, but the majority do go to the bigger head races, particularly the Head of the Charles, because the schools, the students, and the parents like it, and because it is good for recruits.

"We make the decision every year to go," said Cal men's head coach Scott Frandsen. "And, every year I toy with the idea of not going, and focusing on what we want to do here. But I think it's good for the guys to have a little bit of that fire under the butt to motivate them, and it's good for alums, and good for parents, and good for recruits, and there are other peripheral benefits that are good."

Frandsen said he recognizes the different levels of fitness and experience his athletes come to campus with in the fall, and takes it all into account. This year, Cal had multiple athletes race at the Under 23 World Championships, and three freshmen coming in who raced at Junior Worlds. 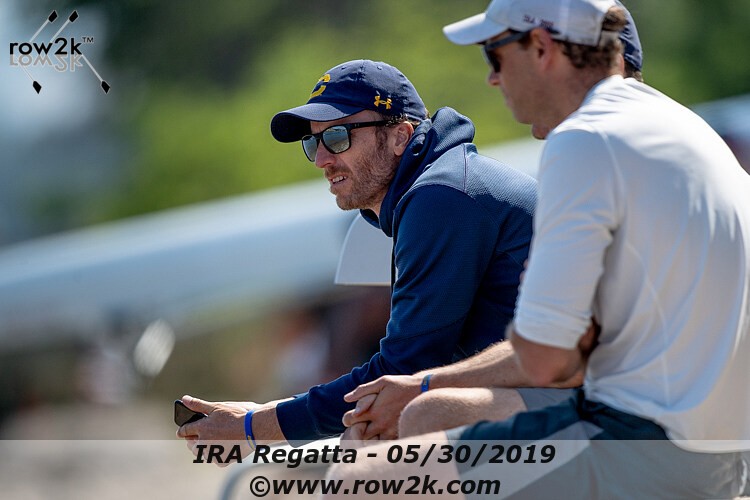 For those athletes, Frandsen said it is important to have them take a break at some point over the summer.

"The guys that don't race over the course of the summer, they get that break early in the summer, and then they can start to train up and be ready to go for the first day of training. It's trying to manage where everybody is at, and push the whole group forward without losing sight that it's a long season and that our focus is completely on April and May.

"There are fall races; there is the Charles, and the Chase, and Head of American on our schedule, and those are important check points. But, if our view is on where we will be in April and May, then that's what needs to drive the training program and not let urgency of where we race in seven weeks drive us, not to push these guys forward too quickly."

Pushing athletes too hard, too soon, can risk injury or burnout, he said.

"It's important to have some patience. Sure, we're training towards building a base of fitness, and in the process, we will prepare for the Head of the Charles, but it's not the leading focus right now," he said.

"What I want to do now is make sure the length and rhythm, and technique, and the base of work is getting done over the next six months. Having to do a selection for the Charles, and then peak in any sort of way for that race, does take away from that block of training."

In Virginia, Sauer feels the same way. And to that end, he does what a lot of coaches do - he sends athletes home for the summer with a training plan. He says he hopes they all follow the program because when he hands it out, he makes clear what is coming when they return. 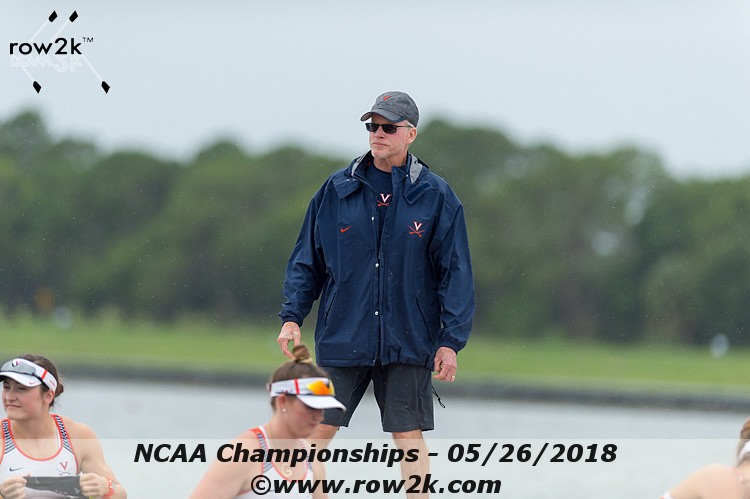 "What I've usually done with kids coming in that have been to the Junior Worlds or U23 Worlds or even Senior Worlds, depending on the timing, is say you need to take a break.

"Really, it's just about managing where the kid is at," he said. "You can individualize that a little bit, ask them how they are feeling, that kind of thing. Some kids are ready to get going, and some kids need a little more time," he said.

While the competitive level of high school rowing varies across the country, those programs also have to integrate different levels of athlete fitness together when the fall season begins, particularly on the junior varsity to varsity levels.

One example of how to handle varying degrees of skill and fitness experienced on the high school level takes place in the Sarasota Crew club program. This summer alone, Sarasota had 37 student athletes rowing in either development camps, at the CanAmMex Regatta, or Junior World Championships, according to head coach Casey Galvanek.

Because the school year in Florida begins in early August, Sarasota Crew's fall season began Aug. 12, which was even before five athletes racing at Junior Worlds were home. Galvanek said the early weeks are all about easing novices in and getting returning kids into light practices in singles.

When the full group is back on the water, the groups are mixed, but quickly self-sort by which athletes are in shape, and which are not, and then are formed into competitive training groups that row team boats.

"We start off with a mixed group of kids, go over drilling and rudimentary rowing, then we row the singles a lot," he said. "Our mission in the fall is to organize through the singles in groups of eight. Those kids that did work out are more proficient in the singles and rise to the A group, and then they row together in the eights during some practices." Galvanek said the entire focus of the fall program is base training and skill development.

The club is taking three crews to the Head of the Charles, but selection is done through a singles time trial at the end of September, and most of the fall rowing is done in small boats.

"It's not real hard to sort them out," he said. "They quickly come to terms with where they are, if they sat on the couch playing video games all summer, then they struggle in say the H group, if they worked out or rowed, or even just did some steady state in the single, then they are in the C group or up." 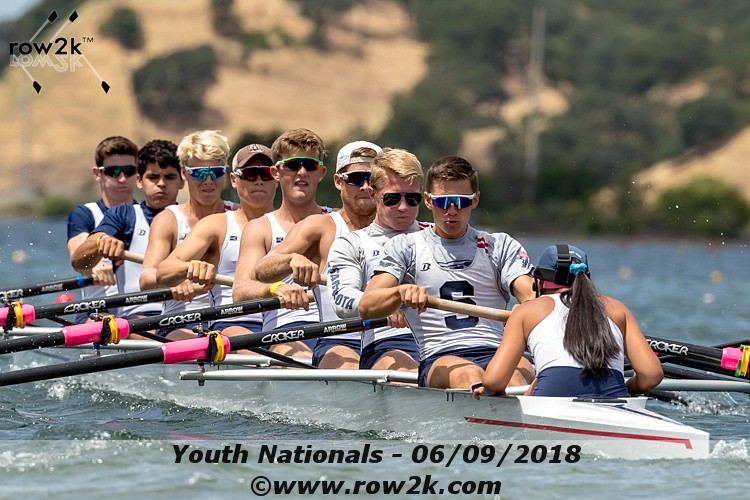 Of the three age levels of rowing, masters are the most focused on racing in the fall, and among the competitive groups, there is very little training time off from summer to fall, if any, because the peak racing events for masters is the Master's National Championship and the fall head races.

Masters programs, like high schools, vary in size and competitive levels. One example of a program that races a lot is Greenwich Crew, which had 54 crews entered in the National Championship.

According to head masters coach Darren Gary, there is no time off from training between the summer and fall events, and the training for both are done pretty much at the same time, with speed and racing work days followed by volume days

"It's a unique challenge for masters, compared to juniors and college kids, because of the fact that our two main seasons are back to back to each other. Masters Nationals is late to mid-August and then our first race of the fall is two to three weeks later. It definitely makes it tricky," he said.

"We do a lot of volume in the spring and the summer, and we just have to train concurrently. On days we're training for masters nationals, doing 500-meter pieces, or lining up boats to race and do starts, the next day might be that long 15k steady state row, gearing up for the fall, before nationals even happens.

"We include a lot of that in our recovery days, or just long steady state days focusing in on what it's going to be like in the fall, because it is a very short transition period."

Gary said that while there is a large group of racing members, there are also new members or masters that have been off and need time to get back into shape.

For those rowers, Gary runs separate practice times, and as people advance along their particular curve, they can move into the more competitive time slot, which row at dawn. The less advanced groups row at different times later in the morning, with the novices going the latest.

"I think for the later groups, practice is less about the racing, so that's where we bring in our newer rowers and have learn to row sessions," he said. "After we get through that, the hope is three to four transition to the earlier groups." 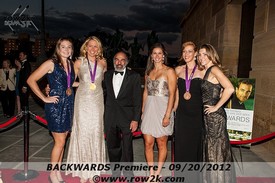 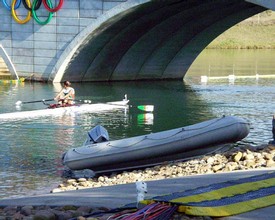 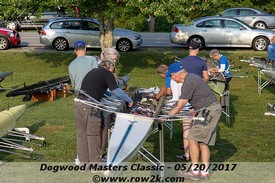 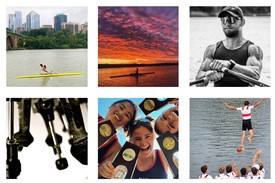 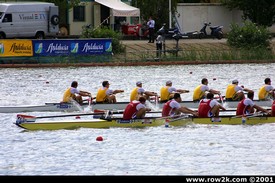 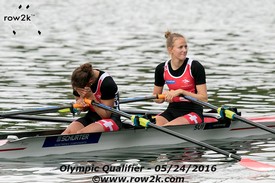 Behind the Photo: Photographing Disappointment 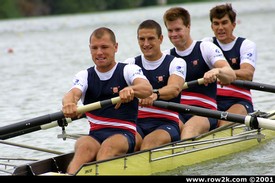 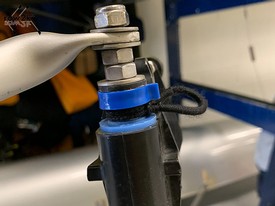