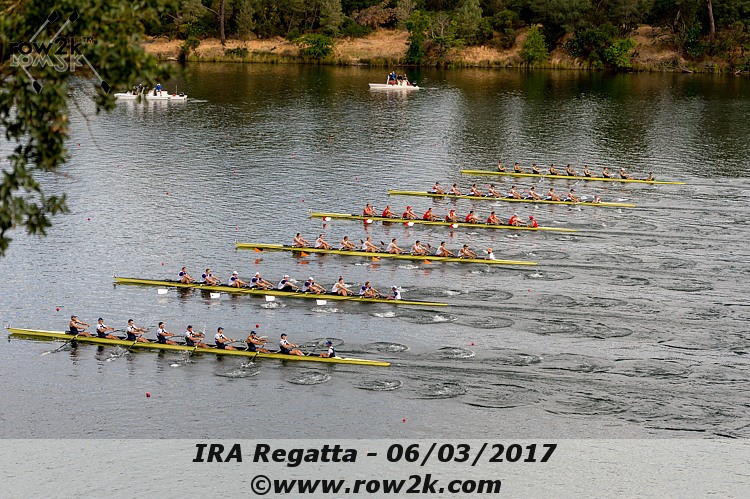 With the dual season over, most schools hoping to race at the 2019 IRA have only their conference championships left to secure a qualification.

That's a big only for schools that are hovering on the edge and need a big weekend at either the Pac-12 or Eastern Sprints. Locking up an automatic qualifier is a lot less stressful then falling into the hands of the selection committee, and hoping for an At-Large Bid.

So, with the conference championships coming next weekend, here's a look at where things stand based on the latest polling, which saw some shuffling from the previous rankings based on results from last weekend.

In both the Pac-12 and Eastern Sprints, the top 10 teams in the polling - Yale, Washington, Harvard, Cal, Princeton, Brown, Northeastern Boston, Syracuse and Dartmouth - are all in solid shape.

Even if any of those teams fails to win one of the nine automatic qualifications up for grabs at Sprints, or the three available at the Pac-12, and have to hope for an At-Large invitation, the strength of their dual seasons should get them to Lake Natoma for the IRA Championships.

That is not the case for teams ranked under them, and shuffling in the rankings this week is an indication of that. Most notable among the teams that saw their standings shift was Penn, which fell from 12th to 19th after losing varsity eight dual races to Cornell and Georgetown in Philadelphia Saturday.

Columbia also had a notable drop - falling from a 14th place tie with Wisconsin to 16th after losing to Navy and George Washington Saturday on Mercer Lake. Wisconsin remained at 14, but did not help itself in racing last weekend.

They lost Sunday in dual racing to Northeastern, which was not unexpected. But, on Saturday, Wisco lost ground in a too close for comfort win over Holy Cross. Even though Wisconsin beat Holy Cross on the Charles in Boston, the margin of finish was close enough to raise eyebrows - even those of Wisconsin head coach Chris Clark, who told row2k Wednesday that his season will come down to the heats at Sprints.

At-Large bids can go as deep as 13 or 14 out of Eastern Sprints, but of the 24 spots up for grabs, FIT already has one for their win at SIRA; one each will come from Dad Vail and NIRC racing this weekend; and two will come out Western Sprints next week.

So, for bubble teams, a good week of practice and a top performance is the only thing that can really guarantee a place at IRA. 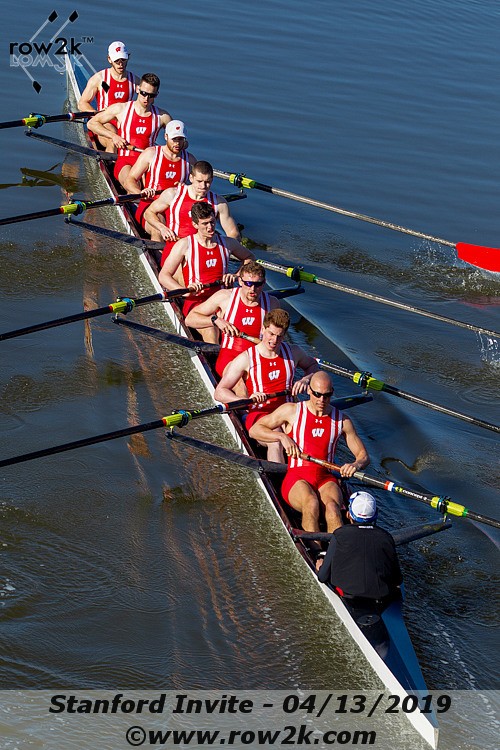 "As far as I am concerned, the whole season comes down to the first heat at Sprints," said Clark. "Nothing else matters at this point. You want to make sure you are in the top four to get at least to the B final to be certain that you are going. It's not like you have to beat a lot of people, there's not 20 people in a heat. But you have to beat somebody.

"This is one of those years that every single sprints team could beat virtually any other team that wasn't a PAC-12 team," Clark said. "Often you get to the tail end of the sprints league, crews at 12, 13, 14, and they are not very fast. But, I don't think that's true this year. Not just because we are populating that group, I've just seen it."

Clark said his crew has been in a culture remake for the last few years and is racing a varsity eight with not one athlete that has been in the boat for the entire season.

"We've had cultural issues for a few years. None of it was that bad, not like you were down at the police station every weekend, but if you just have a few key people that don't quite get the program, what college sports are, and how much work it is, and how serious you have to be about it, then the whole thing doesn't go.

"Especially if they're the guys that look like they should be the leaders and don't act like it. We had a core of people a few years ago that really didn't get what it means to be a college athlete and how serious you have to be about it. Hence, we have guys that are currently seniors who haven't seen any winning at all. None.

"They don't even realize how winnable races are. And it's not like they are not willing, they are. They are super willing people. But you have to be able to do it," he said. "We don't have one guy in the first eight that has spent a full season in the first eight, which is unprecedented in twenty-five years for me."

"That's a lot of it. We've had six 2k races," Clark said. "We had Syracuse. We had three in California, and we had two in Boston. Of those, three have been awful. The race against Syracuse, the race against Cal, and the race against Holy Cross were awful. You would never get that if you have guys that have been in the varsity before. You might not have a great race, but they're not awful." 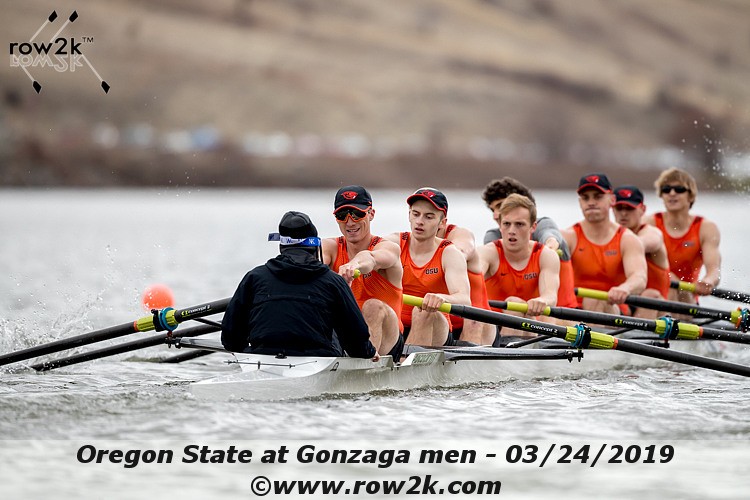 Out West - in probably a tighter bubble situation, but having a good season considering they are in the same conference as Washington and Cal, is Oregon State. Like Clark, head coach Gabe Winkler said he needs to win an automatic qualifier to avoid seeking an At-Large bid.

The way Winkler sees his situation, Washington and Cal are going to - or at least should - finish in the top two at Pac-12. That leaves his squad and Stanford, a program Oregon State has not beaten in 16 years, to fight for third.

Taking an optimistic view, Winkler said he believes he has the results and finish margins to make a solid case for a nod from the committee, barring his securing an automatic next weekend - he just loathes the idea of going through that.

"We have to get third," Winkler said adding, "well, we don't have to. But it would make life easier. Every result was fine for us this year. We've had a decent season and our results are holding up comparatively."

"I feel pretty good about the Pac-12," he said. "We're definitely the underdog compared to Stanford, but at least our Cal race went better than their race against Cal. We got beat by Cal by more than 13 seconds, which feels like a mile.

"But then, they got lost to them by 16 seconds. So, alright, game on. We have to race them at Pac-12, and see what's up. We haven't beaten them in the varsity in 16 years. The closest we got was a half-second behind them three years ago, and that was frustrating. Stanford hasn't really raced anyone we haven't, so everything is good for us. It will be up to the powers that be to make the call if we don’t finish third.

"We if beat Stanford, it's an automatic bid, and all the arguments don't need to be happening at that point," he said. "But we do this every year, and it stinks. Meaning, I lay out all of our results, all of our margins, straight out numbers to the guys that are on the committee, and then you sit around for a day, and you pray." 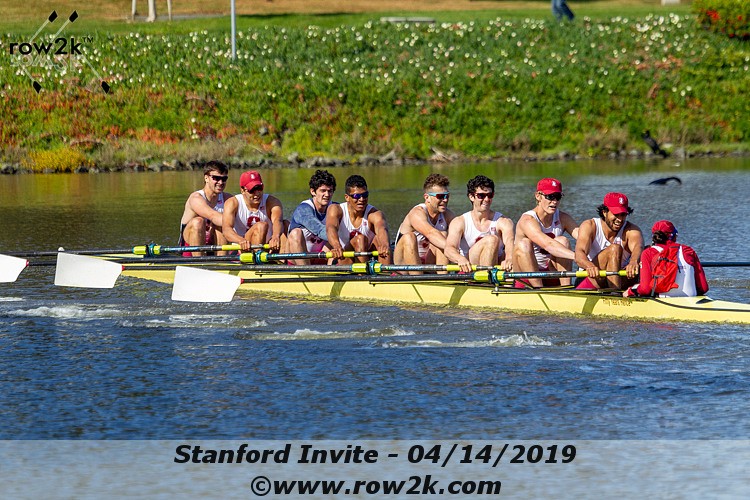 For the Sprints lightweight crews, the situation is not as complicated, just based on the fact that there are only 12 spots available at the IRA championships. Seven will be awarded out of Sprints, two from Dad Vail, and one is allocated to the winner from the Pacific Coast Championships. (There are currently no men's lightweight eights racing there.) The remaining two bids will be At-Large qualifications awarded to non-IRA eligible EARC crews.

The poll standings for the top crews racing at Sprints are - in order of ranking - Cornell, Princeton, Columbia, Yale, Harvard, Penn, Navy and Georgetown (tied at seven), and Dartmouth, which is ranked ninth.

For those crews, it's top seven or bust. There is a stipulation that if a crew qualifying at Dad Vail declines the bid, an eight crew could be selected from the EARC group. But that is leaving a lot to fate.

Of the lightweight crews, most have been in practice mode since the weekend of April 27, when their dual schedules finished up. Cornell is coming into Sprints undefeated. Columbia, the defending Sprints and IRA champion, finished their dual schedule with a win over Dartmouth, but rowed against Delaware's lights and Drexel's open men last Saturday and won the first, second and third varsity races.

That should give them some momentum going in. Princeton also should be carrying in momentum coming off a quality come-back win over Yale at the HYP regatta April 27. Read all the poll results here. 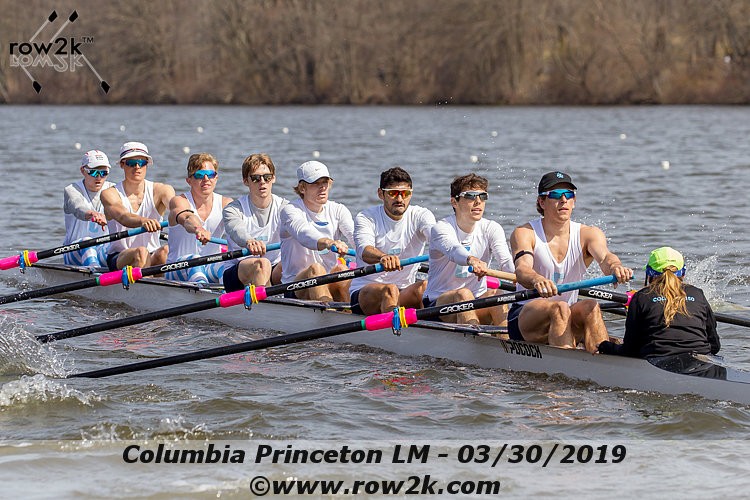