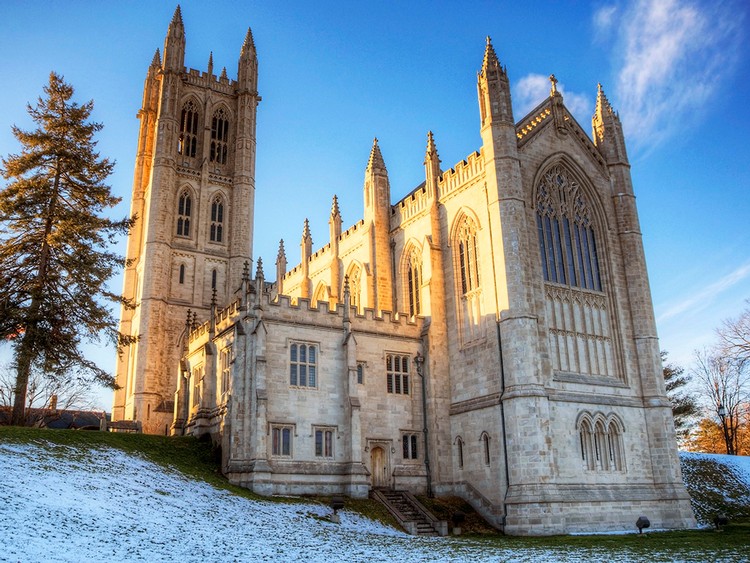 "You can tell an eight is really coming together when they finally stop following the stroke seat."

IN CREW, YOU OFTEN BECOME CLOSEST to the guys you sit immediately beside, and Peter Tyson and I were no exception. As the stern pair, we were often in dialogue about various rowing and non-rowing matters, with Peter usually proposing the more direct path toward the endgame. I was more circumspect, and always wanted to consider the means by which one got there. Despite our differences, Peter and I generally got along well - except when it came to the question of stroke ratings. In my opinion, anything over a 36 was pure lunacy, and unsustainable over 2000 meters. For Peter, crew racing was a spontaneous exercise, and setting limits was a mistake. We hadn't yet come to terms on this point and our next race was coming up soon.

Occasionally, the two of us made excursions around campus, and one night Peter showed up at my door and proposed that we climb the Trinity Chapel, which afforded a spectacular view of Hartford and beyond.

"But isn't that illegal?" I objected.

"Sure, but you just sneak around the back," he said.

"Of course not. You have to scale the outside."

Naturally, in the end, Peter scuttled all of my objections and we stole out across the quad under the darkness of a new moon. It was springtime at last, and the smell of fresh-cut grass hung in the air, inspiring us to do something a bit more daring than simply playing Frisbee on the quad.

The Trinity Chapel was the architectural centerpiece on campus, and while the student population was no longer solely Episcopal, the stone edifice still had an undeniable presence, with its cloisters and curious, figure-laden archways. Carillon music issued from the upper reaches of its bell tower; and below, many of the important campus rituals like freshman convocation still took place within its walls. Luckily, the campus security guards had better things to do that night than patrol the perimeter of the chapel. We really didn't want to be spotted, however, so we waited until the coast was clear. Then we made our move. With Peter, it was always a simple "follow me" style of play. He would rush forward quickly into whatever activity he was doing, daring others to participate. This unguarded enthusiasm was generally rewarded, and it was only afterwards that the potential dangers of the enterprise surfaced.

The first stretch of our ascent involved holding onto a woven steel cable that normally served as a ground wire for the church during lightning storms. Peter grabbed the cable, leaned back, and propped his feet up into the corner crevice of the building. Then he began to scale the back corner of main church wall, disappearing into the darkness.

When he made it to the top he called out, "Your turn!"

The 30-foot climb was no cakewalk. I had to lay back quite a bit to maintain enough leg pressure against the wall, and the awkward position was not for the faint-hearted. This sort of climbing, in fact, was a lot like rowing. In both cases, you simply held on for dear life, hauling away with your arms, while you kept furiously pumping with your legs. The consequences of letting go or giving up were not worth dwelling on.

Luckily the chill of the night air and a shot of adrenalin gave me just the extra boost I needed. When I safely ascended to the top of the main church, we scuttled along the roof's perimeter, then crawled our way over to the other side, moving like a couple of cat burglars. Being Catholic, I had some internal qualms about climbing around on the backside of a church. But when we finally made it over to the front, Peter and I were rewarded with a breathtaking view of the city at night, with all of its tall buildings lit up.

"Wait a minute. What about training rules?" I said.

"They only mention drinking," Peter shrugged.

"Okay, but not too much," I suggested. "After all, we still have to get down from here."

There is something profound about the stillness of a spring night, when you can almost feel the plants regenerating. Then again, it could have just been the pot.

For a while we just sat there in silence.

"So you think I'm too high?" Peter finally asked, out of the blue.

"My stroke rating," he explained.

"Well, you can just tell me if I get going too fast," he said.

More silence fell between us for a while, having solved this problem as if it were trivial. Of course, I suspected that the debate might surface again during the heat of a race, where negotiation would be more difficult.

"The city looks so close from here," I said. "It almost looks like you could leap right over to it."

"Except for the small problem of the 30-foot drop," Peter pointed out.

"Yeah, but I suppose that's just our perception of reality," I mused, starting to express the effects of the pipe.

"I think it's called the law of gravity," Peter chided me.

"Right. But sometimes I wonder if you could ever defy the laws of physics with blind faith."

We both had a fondness for the mystical worlds of Herman Hesse and Carlos Casteneda, so I knew that he could at least entertain a discussion on this front.

"Okay, then, let me ask you something," Peter said. "I mean, you're religious and all, right?"

"Well, my mother wanted me to be a priest," I admitted.

"I guess that qualifies you," Peter said.

We both laughed. "Fire away," I said.

"Do you really think that if you had that sort of... um... faith, and you stepped off this roof, you could walk right through the air."

"But how would that work?" Peter asked. I couldn't tell if he was genuinely curious or just baiting me.

"I'm really not sure," I admitted. "Maybe angels or some divine force would come up and support you."

"Huh," Peter said, drifting off into his own reverie.

"Anyway, let's not try it out tonight," I suggested.

We sat in splendid silence for a while longer, mulling it over, just watching the city lights below. Then, having figured out the nature of divinity and our place within it, we made our descent back down to earth. Getting down, curiously enough, was a bit harder than going up, but thankfully we made it safely, without incident. After all, we had a race the next day - Columbia University, in New York City. 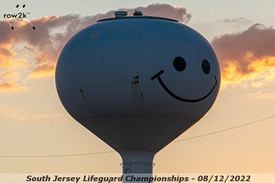 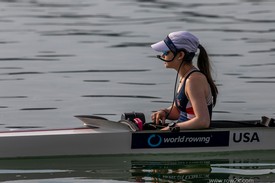 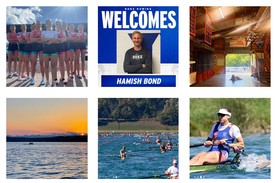 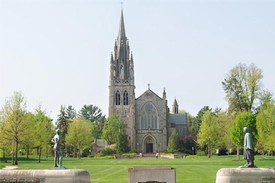 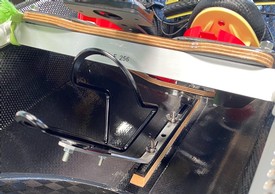