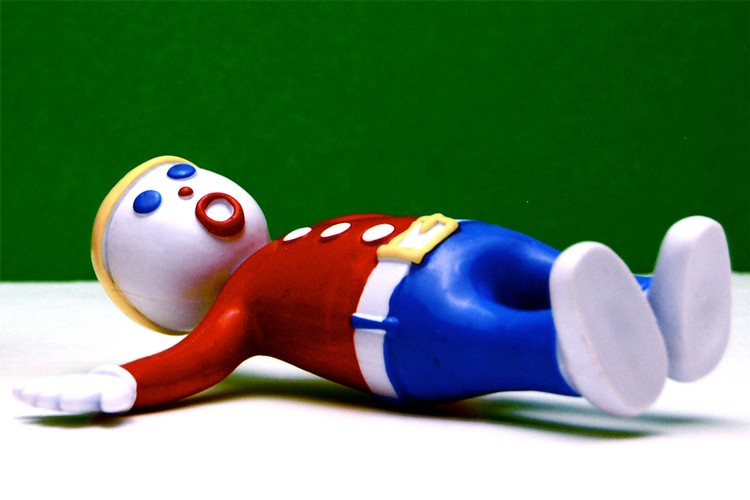 Sometimes there is only one remedy for tragedy, and that is comedy.

Naturally, it was none other than Jeff Juworski who took it upon himself to rescue us from the whirlpool of despair that could have sucked us downward, leaving us wallowing in self-pity. At dinner that night, he acted as if the events of the day were no big deal and even seemed envious that we frosh lights had experienced our boat-breaking ordeal.

Being a mathematics major, he even came up with the following binary equivalence relation:

Just in case we didn't hear him talking loudly, he began to flick cornbread and chocolate pudding at us with his spoon. The cornbread gave more heft to the mixture, allowing it greater range, and the pudding made it stain-worthy. When he got bored of this juvenile behavior, he stood up on his chair to make an announcement.

"Okay, everyone, listen up! It's time to figure out Skit Night," he announced. "All freshmen report to the basement of Sever Hall in one hour. No exceptions!"

Everyone groaned, except for Mike Bradshaw, the captain of the frosh heavies. Bradshaw loved anything to do with crew and probably would have stuck his head in a toilet bowl if Mongo had suggested it. The rest of us were completely exhausted from the afternoon, however, and the last thing we wanted to do was to deal with Juworski, who had clearly elected himself as theatrical director of this thespian extravaganza.

Nevertheless, after we'd cleaned the chocolate pudding off of our splash jackets, the ten women and 17 men who composed the freshman squads dragged themselves over to Sever after dinner.

"All right, all right," Mongo said, when we were all assembled. "I've got a lot of great ideas here, so listen up!"

He pulled a dirty napkin out of his pocket and squinted at some notes he had scribbled down. Carl Rox, the varsity heavy co-captain, was also helping him out. Carl looked about 30 years old and had a permanent, dumbass smile on his face that was barely concealed by a heavily manicured mustache. He just stood there, trying to look burly, smirking at us with his arms crossed and scoping out the freshman women.

"The first skit will be a re-enactment of the sinking of The Connecticut, using this scale model that Carl has created," Mongo explained.

On cue, Carl produced a long baguette that he'd pilfered from the dining hall and placed it on the table in front of us. It was supposed to resemble our boat. He'd also fashioned little clay figures to represent oarsmen, and he placed these on top of the French bread after he'd sliced it in half and dug out some of the innards. Finally he stuck plastic spoons into the sides of the baguette to serve as oars. You could tell that he was pretty impressed with his workmanship.

We were all so tired that we just watched him put together this absurd-looking model, wondering what would come next.

"Okay. This will be like the 'Mr. Bill' show on Saturday Night Live," Carl explained. He had a flat, matter-of-fact voice, like an attorney who was about to demonstrate how an accident happened, using ridiculous props.

Mr. Bill was a clay figurine that nearly always got crushed or disfigured in some tragic incident, usually at the hands of his nemesis, Mr. Sluggo. Luckily, since Mr. Bill was made out of clay, he was always reborn for the next episode, only to experience another terrible tragedy. Mr. Bill had a weird, high-pitched voice and always cried out, "OH NOOOOO!" whenever something bad happened.

Carl proceeded to demonstrate the basic narrative. Coach Poole, renamed Coach Sluggo, drove a launch fashioned from a Dairy Queen chili dog container. He ran over our baguette boat repeatedly, crushing a few of the clay figures that represented members of the crew. We were all, essentially, Mr. Bill.

I had to admit it was pretty funny, especially when Carl Rox broke into a falsetto voice as our French baguette boat got run over. He tore a few more pieces out of the loaf and ate them for added effect.

"OH NOOO!" he cried, with his mouth full of bread.

He scanned the room for volunteers, but no one stepped forward.

Hose was the nickname of Andy Sanders, a former Trinity coxswain who had graduated a few years back, and was now coaching the freshman women. None of us knew the origins of his nickname, but Mongo was about to reveal all.

"Cause I said so," he barked; "Besides you're tall and scrawny like Andy. Here - take this."

He handed me a giant-sized, super-soaker squirt gun.

"What am I supposed to do with this?" I said.

"What do you think, moron? You're going to walk on stage with it and hose down the entire audience, including all the coaches."

"But I'll get killed afterwards," I protested.

"Not my problem," Mongo said. "Now remember to wait until I give you the cue -"HEY ANDY, HOW COME THEY CALL YOU 'HOSE'? And tuck this thing down the back of your belt, like a gangster, so people won't know what's coming."

He spun me around and put the gun in place.

"Now go and rehearse," he said, kicking me in the backside.

There was no need for us to practice the dumb skit, of course, but I did take the opportunity to distance myself from Mongo and Carl to avoid getting chosen for the next act. It was even more outrageous, because 11 volunteers were required to moon the audience. The bow four of our boat readily volunteered, of course, as well as Mike Bradshaw and a few of the braver members of the women's team.

"Okay," Mongo said, "This is going to be the finale. All of you guys will have to write one letter on your butt that will collectively spell out S-P-R-I-N-G B-R-E-A-K. Then, on my cue, you form a chorus line and drop trou. Understood?"

Everyone nodded and Wean grinned with delight.

"But how can we write a letter on our butts?" Porgy asked.

"Figure that out yourself, Einstein," Mongo said, handing him a blue Sharpie.

"Okay, practice up! See you in ten days."

As we turned our backs to leave, Mongo and Carl kicked us in the backsides again with their boots. It was the closest thing to affection that they could muster.

"Jeez, those guys are a couple of knuckleheads," Rhino said.

We went back to our dorms, slightly unnerved but in much better spirits.

Tomorrow simply had to be a better day.

Luckily, my basketball playing roommate was away, so I got ready to settle in for a good night's sleep. Just before I dozed off, there was an urgent knock on my door.

"Jesus, it's nearly midnight. What do you want?"

"Boyneman, can you write the letter 'K' on my ass?"

"Yeah, well. Robman and I might of had a few beers," Porgy admitted. "It was totally necessary after today."

"Okay, fine," I said. "But skit night isn't for another ten days. Why the rush?"

"Because if I wait, I might forget," he said. "Plus, I may as well get it over with, so I don't want to have to worry about it."

I looked at him, blankly. Then I looked out in the hall to see if this was some sort of prank. No one was there.

I took the Sharpie and tattooed his butt with the letter "K." It's actually harder than you might think to draw straight lines on someone's backside.

"No, I don't have a freaking mirror! Now go away and let me sleep!"

Porgy reluctantly pulled up his gray sweat pants and trundled off like a badger, still nervous about his upcoming performance.

I finally got to sleep, but I was haunted by a host of bizarre scenes that rivaled the skits Mongo and Carl had produced.

In my last dream of the night, we were in the last 500 meters of a 2000-meter race, locked into battle with an unnamed opponent. The faces of the other oarsmen were shadowy, but I could almost make them out in the periphery of my vision. Every time I tried to gaze directly over at them, however, they disappeared like ghosts. I knew they were still there, however, because their cox'n kept hammering away at the gunnels of their boat with the knobs of the rudder cables - Tock! Tock! Tock! The guys in my crew worked harder and harder to break free, but I began to sense that our efforts were futile. There was something creepy about this other crew that clung to us, like a shadow.