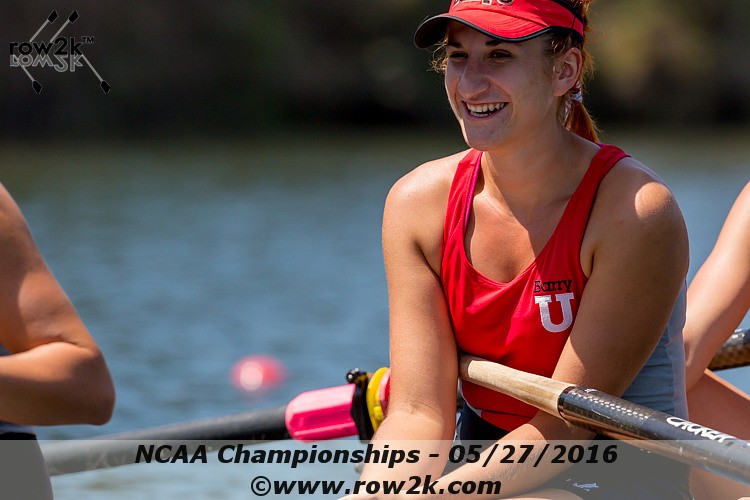 row2k kicks of our 2018 spring collegiate racing preview with an interview with Barry senior captain Paula Klak. We talk with Klak about integrating at Barry coming from Croatia, and winning back-to-back NCAA championships her freshmen and sophomore seasons.

row2k - How did you get your start in rowing?

Paula Klak - My father is a rower and he was the one who introduced me to the sport when I was about 9 years old, and has kept me motivated and engaged in it until today.

row2k - You’re in your senior year at Barry, how did you end up there from Croatia and what was the recruiting process like?

Paula Klak - I did not know what I wanted to do professionally after high school but I knew I wanted to continue rowing at a competitive level and study at the same time. That is much more challenging in Croatia. I saw an opportunity to travel and experience new language and cultures. The recruiting process was straight-forward. When I first emailed the head coach, I presented my height, weight, and fastest 2k time. Soon after that, the coach and I spoke on the phone a little more about my performance on fitness tests and the experience I had. He also clarified the expectations that he as a coach and Barry University would have of me as a student-athlete. After we had established both of our responsibilities and wishes, it was pretty much just paperwork.

row2k - What was the most difficult thing about coming to the United States for your education?

Paula Klak - Of course, language at first but that issue was resolved quickly. The most difficult is the culture shock and the fact that the system of education and many other aspects (administration, rules, communication etc.) work are completely different than what I was accustomed to. Being away from everyone you are close to at that age is not an easy challenge to overcome either.

row2k - You’re a captain this year as a senior, how is your role with the team different now than in previous seasons?

Paula Klak - I try to stay the same because I don't think a captain should be someone special; we are all teammates, all equal. I am just the messenger between the team and the coaches. Two areas where I need to be more proactive are helping resolve team issues faster and reacting to all situations, whether good or bad, in a prompt manner.

row2k - What has been your most memorable race and why?

Paula Klak - The 2016 NCAA championship final 8+ race, which we won for the second year in a row. It was a neck-and-neck race between us and two more boats for the most of the race. The 2015 and 2016 seasons were both perfect as much as I can remember, but 2016 had much more pressure on the team as we had to defend our title. We worked hard to repeat, but other teams were coming at us all the time. 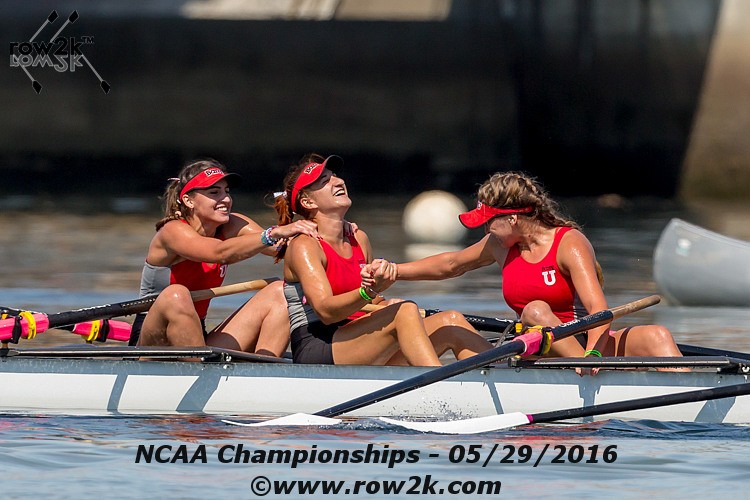 The final race had a lot of pressure and intimidation on us, but I will never forget the feeling of confidence in my team and myself in those two kilometers. There was not a bit of self-doubt felt throughout the course and there was a load of desire, fight, and determination. I think that is a feeling everyone strives for in sport; when those few moments show that all the effort, energy, and time you have put in so far was efficient and worth trying.

Paula Klak - I love rowing because it is the ultimate representation of fair play. You simply have a specific distance to take in the shortest time possible; you are racing with the clock and the rules are clear to follow. There is little to no risk of somebody fouling you, like in contact/collision sports, which would cause you to lose your chance for accomplishing a result.

Rowing is especially brutal because all of the reasons I mentioned: there is no lying to yourself (especially on the erg with all those numbers thrown in your face) or to others, you know exactly what you have to do next in order to be better. The truth may be hard to handle at times but you learn how to do it or you drop out of the equation.

I think rowing teaches us equality, fairness, friendship, and staying honest to ourselves in a harsh, yet addicting way. row2k - How has this season gone so far and what are your goals for the spring for yourself and the team?

Paula Klak - This season has been demanding because about half of this year's team is new to Barry. The results from the outside probably do not look the best but on the inside we have made steady improvements as we got to know each other in and out of the boats.

We have many good quality rowers, but they each bring different styles and experiences. As we learn how each one operates in the boat, we can make the needed adjustments to move our boats faster. Our main goal is to qualify for the NCAA Championships and, of course, we would love to win. That would be the cherry on the top of my Barry Rowing career.

row2k - What are you studying at Barry, and do you have any plans yet for after university?

Paula Klak - Well, I am studying exercise physiology and plan to graduate in May. Fortunately, Barry has a seamless program, so I will continue on and earn my master’s degree next year. Barry has also emphasized that I am a student first and an athlete second. Therefore, I will be taking care of my education first and slowly explore and break my boundaries in rowing as I go. I would love to continue rowing as much as possible, and hope to compete at a higher level in the future.