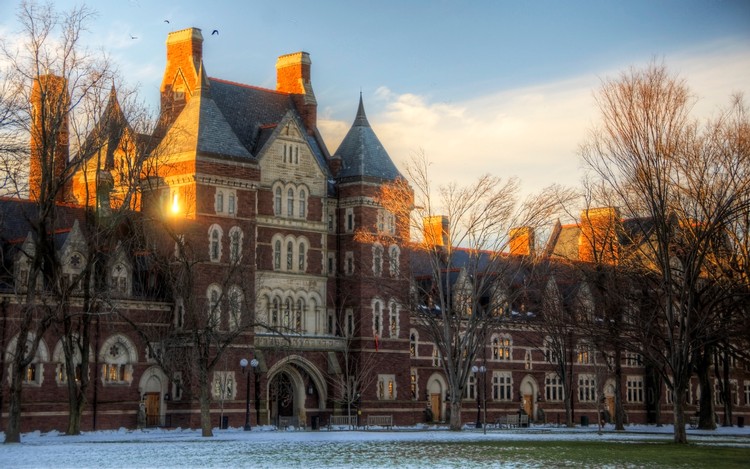 Chapter One: The Walk On

What is it about those first fall days in New England that infuse us with the vigor to change our lives? It is simply the end of summer's sleepy embrace, exchanged for the sobering chill of September? Is it the fading light at the beginning and the end of each day, producing a sense of urgency? As a freshman entering Trinity College in Hartford, I thought little about these philosophical musings, and felt only the raw excitement in the air.

Something primitive was stirring, and it quickened my steps as I moved my trunk of belongings into the old brick dorms of Jarvis Hall.

I was paired with a basketball player named Jim Minahan, whose rangy, muscular stature dwarfed my emaciated runner's build, but we immediately hit it off. Despite our physical differences, "Slim Jim" and I were both public school kids, and unused to navigating the social terrain of an elite private institution. We decided to stick together. On the way to our first meal, we strolled down the 100-year-old promenade known as "The Long Walk," and got our first glimpses of girls donning Fair Isle sweaters and perfectly coiffed, shoulder length hair, and guys in Nantucket red shorts wielding lacrosse sticks like shillelaghs.

We tried not to gawk like a couple of tourists, but the high Victorian Gothic architecture of Seabury Hall, Northam Towers, and Jarvis Hall was a tad intimidating to us, dressed in our Levis and t-shirts. By contrast, the prep school kids breezed along the main quad as if it was an all too familiar stage, wearing their privilege and smart clothing like exotic plumage.

After dinner, I unwisely picked the top bunk, and Jim quickly discovered the juvenile pleasure of pressing his long legs up against my mattress and bouncing me up and down before bed. I responded in turn by dropping some food items I'd secreted from the dining hall down onto his oversized head. In short, we got along just fine. Naturally, I was going to have to do some sport, however, or our budding friendship would suffer.

Why did I decide on rowing? I'd seen the crew people, gathered together at a special table in the dining hall set up to recruit newbies like me. I'd always been kind of a loner, and not inclined to join things. Still, there was a sense of genuine oddity about these oarsmen that made me curious, for they were an odd looking bunch—heavyweights and lightweights, men and women—all standing together like a circus troupe.

One of heavyweight men actually barked at me as I walked by—a huge giant nicknamed Mongo.

"Ah, a lightweight," he said, glaring at me. "I eat lightweights for breakfast!"

As I came to discover later on, the Trinity Crew was indeed a motley bunch, largely composed of castaways from other sports, ex-runners and swimmers, and even a few ball players whose knees had suffered too long from quick, lateral movements. Yet they had an undeniable, collective pride, and a devil-may-care attitude toward non-crew folk.

I also learned that rowing, unlike other sports like lacrosse or soccer, could be learned within a season or two.

I'd actually tried out single sculling the past summer at a place called Blood Street Sculls, in Old Lyme, CT, (a town better known for its diseased ticks than its rowing). There, however, I'd had a somewhat mixed experience. I certainly enjoyed being out on the water, for I'd grown up around boats and the ocean—but the technical challenges of oarsmanship eluded me. Admittedly, I was more of a sailor than a rower, preferring to use the twin resources of the wind and my own wits for propulsion, rather than the blind brute force that rowing required.

My old British coach at Blood Street Sculls, Ernest Arlett, was less than thrilled with my progress on Roger's Lake, for I capsized with great frequency and exhibited nearly all of the technical faux pas that one could possibly muster—lifting my shoulders too early in the drive, digging the blades too deep, and banging my hands together through the middle of the stroke until they made a bloody mess all over the oar handles.

Still, I liked the idea of rowing, and persisted to a level that was not too embarrassing. So, when I saw the crew posters that peppered every public space on campus, I decided at least to show up for the preliminary meeting and check it out—after all, my sister was rowing at Mount Holyoke and loving it. Team rowing, I also speculated, might be different than sculling, and all crew coaches might not be as equally irascible and hard to please as my first one.

As it turned out, Charley Poole, the freshman coach, was the polar opposite of Coach Arlett—young, gregarious, and built like a Greek God. Not only was he a recent Trinity grad, but also the stroke of an exceptional crew that had won the prestigious Henley Royal Regatta in 1976.

During the recruiting pitch, we all sat and watched a film called "Symphony of Motion," which talked about the rigors and Zen like beauty of the sport, and then an ABC "Wide World of Sports" clip which showed Poole stroking his crew brilliantly down the straight, buoyed course at Henley.

Toward the end of the race, the British announcer calmly observed: "Trinity is well ahead now, and the stroke is lengthening out his strokes in the final stretch."

The implication, I later learned, was that it was bad form to trounce another crew, and Poole was allowing the losers to save face. This was an entirely new concept for me in sport, and in life in general, for what I'd been taught by my high school coaches was to try and dominate the other team and leave them completely devastated.

This gentlemanly attitude matched Poole's overall demeanor, and he was an enthusiastic but soft-spoken advocate for his sport. Physically, he looked like no other athlete I'd ever seen, with a chiseled physique and a broad, toothy smile that could have landed him on the front cover of any bodybuilding magazine. Yet his stature wasn't manufactured, or oddly muscle bound— it seemed as natural as the inviting smile on his face.

If crew produced people like this, I wanted in.

Coach Poole looked me over, suppressed a frown, and then asked me how much I weighed. I'd been running cross-country all through high school, and I was a scrawny looking waif.

Poole scratched his head and said, "Well, we could certainly use another coxswain…"

My spirits immediately sank, for that's not what I had in mind.

I quickly mentioned that I'd done some sculling, and Poole asked me for some details. I told him that I'd advanced to a racing shell this past summer at Blood Street under the tutelage of Ernie Arlett. Naturally I didn't mention that my outings on Roger's Lake were riddled with bad strokes and frequent dunkings.

"Well, in that case, let's see how you do with one oar!" he said, beaming.

I smiled back, for I'd clearly escaped from coxing.

"By the way," he said, "we have an old single at the Bliss Boathouse, so you can always take that out if there are too many people for practice. I'd love to see how you handle it!"

Now I was in for it.

But fall was in the air, and with it came the promise of new possibility.