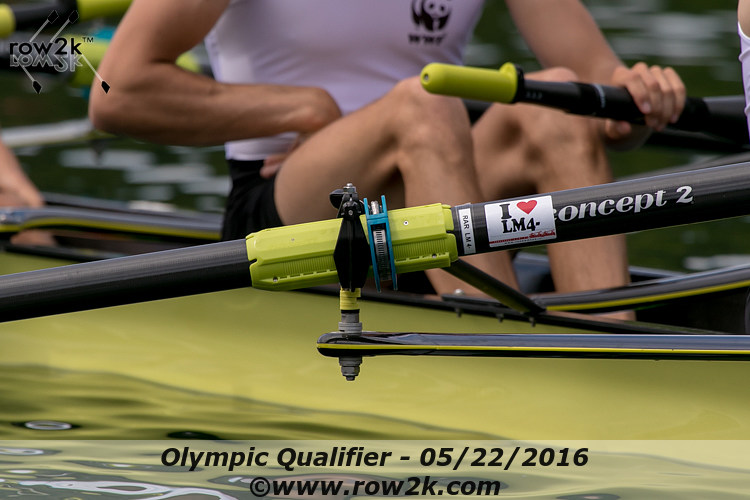 The Germans love the LM4-, but that is probably not enough

After a long and complex debate regarding how best to adjust the Olympic rowing program to accommodate gender equality requirements, FISA announced today that the myriad potential solutions to the issue previously under consideration have been distilled down to two options, one of which will be chosen by an absolute majority vote by national governing bodies at the FISA Extraordinary Congress in February.

These final two proposals reflect a considerable contraction of the options under consideration when row2k last visited this issue back in March which were:

Although the balance of the two final proposals would suggest a third option, that of trading the men's four for the women's four and leaving the light men's four alone, as written the two proposals set up a more stark debate that comes down to the historically cherished men's four vs. the whole of lightweight sweep rowing.

Factors driving the debate are manifold (many of which we also outlined in the March article):

These colliding factors have created a turbulent point of confluence for the sport of rowing to navigate.

A Bit of History, and Arguments For and Against

The addition of lightweight events for the 1996 Olympics was driven in large part by the desire to expand participation and medal opportunities alike to a wider number of countries to create an environment of "universality;" in the simplest terms, the idea was that lightweight events would be accessible to smaller and less developed countries with smaller athlete pools from which to draw (or in even more prosaic terms, the idea was that far more countries could field competitive crews if they did not need to find four 6'4" 205-pounders just to consider the event).

(That said, the presence of the Swiss four at the front of the field could make the case for universality, as certainly you don't see Switzerland in the medals of the open men's four.) 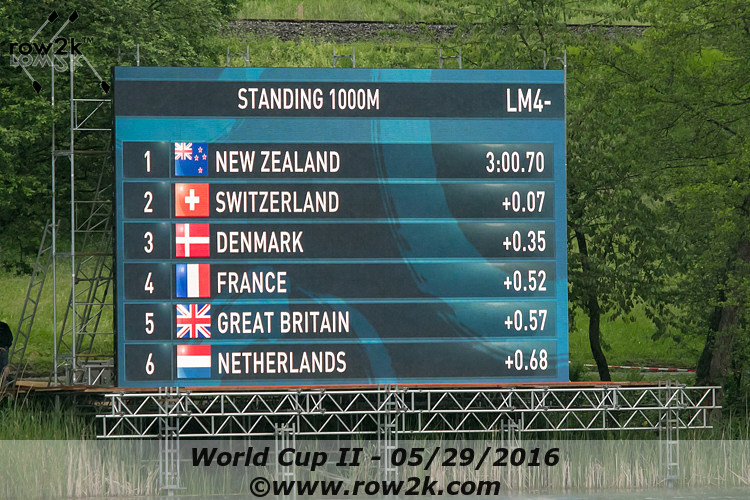 Close racing has always been a hallmark of the LM4-

A case has been made that simply removing the open men's four would retain these opportunities for lightweights and a continued striving for universality; however, the tremendous competitiveness of the event has confoundedly undermined this argument to some extent.

With the top light men's fours approaching (and often surpassing – the world record for coxless men's fours was held by the Danish lightweights for several years) the speed of the open men's four event, the case that lightweights could not simply enter and succeed in open weight events was less compelling. In this case, success has hurt the event.

Add to that the fact that many of rowing's most celebrated athletes and achievements have come from the men's four (Redgrave's fifth and Pinsent's fourth gold medals come to mind, as does the Aussie Oarsome Foursome, and others), and there is tremendous reluctance and resistance even to contemplate the loss of the men's four from the Olympic program.

(Edit 5pm: then again, the Danish four is pretty legendary in their own right.)

On the side of the men's lightweight four, a couple compelling factors remain:

Given its slightly different demographics, the addition of a lightweight women's four might well defy the trend, it is hard to say (especially since the event has not been even on the World Championships docket for over a decade, so likely subscription patterns are hard to predict); although most observers would agree that accommodating even smaller boats – the light women's single in particular – would likely be a more successful route to the goal of universality in the overall program. Certainly the open singles include a more diverse array of countries at the top of the field; in Rio, scullers from Cuba, Mexico, and Egypt were in the top 10 in the men's single, and scullers from Zimbabwe and Mexico in the top 12 in the women's single.

The FISA Extraordinary Congress meets in February; row2k will continue to track the story as it develops.