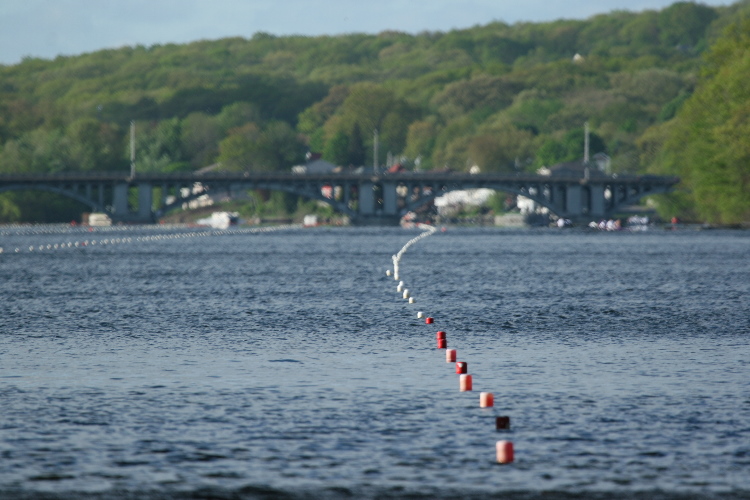 The buoys show the wind

Holy smokes was it windy on Quinsig this morning. Various weather services showed different readings on the morning, and a USRA ref's handheld wind meter caught a 28mph gust coming across the course as a cross tail, but suffice it so say that crews rowed in various flavors of lumpy water in the AM.

The wind claimed at least one victim directly, with the stakeboat holder for the Harvard V8 getting yanked into the drink as the crew was sculling the shell into the crosswind. After the young lady was retrieved and dried, a USRA ref gamely took her spot on the stakeboat for a few races.

Coxswains were having a tough time of it, getting aligned and pointing, but row2k saw at least a few coxswains slickly nail their points through the countdown; the Wisco 1V had it timed so perfectly that, when the countdown started, the boat was about 35 degrees into the laneline; by the time the starter had gotten to "Attention...ROW," the crew had drifted around to a perfect point down the course, and away they went.

The formbook was mostly on today, and as we predicted in our preview earlier in the week, the finish of the day was in the V8 between BU and Syracuse. The BU heavies nipped Syracuse in the MV8+ for a spot in the Grand Final in the 1/6/7 heat, riding a huge last 30 to take it. (tremendous thanks to Harry Nyce and Powerhouse Timing for the finish line photo).

I couldn't track down the exact stat, but it's been decades since MIT won Sprints; the Engineers (or "nerds", as one wag had it) took the three-boat Lightweight Four Grand Final that was run at 7:30 in the morning. Brown won the other AM Grand Final, the Men's Heavy Four.

row2k will run down the afternoon finals fully as they go down. 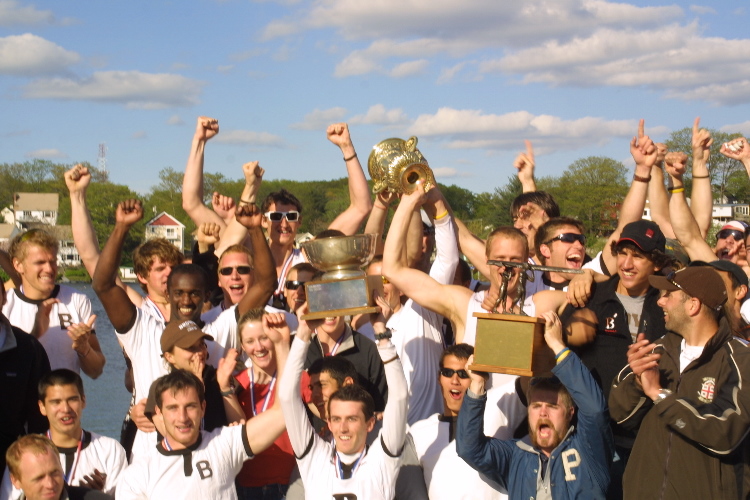 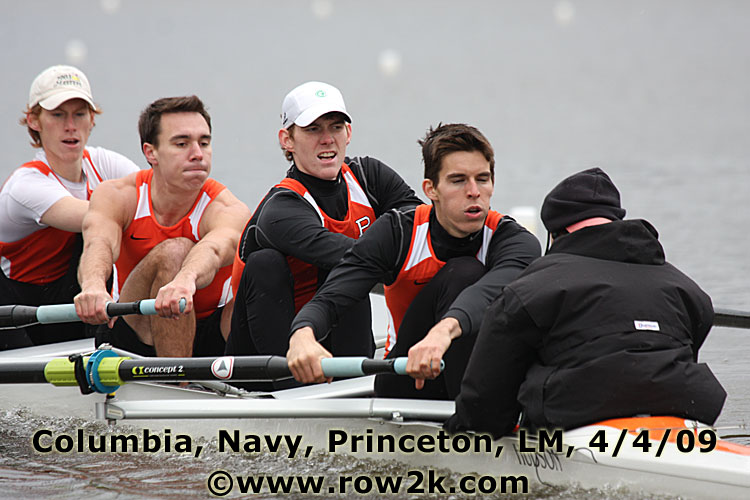 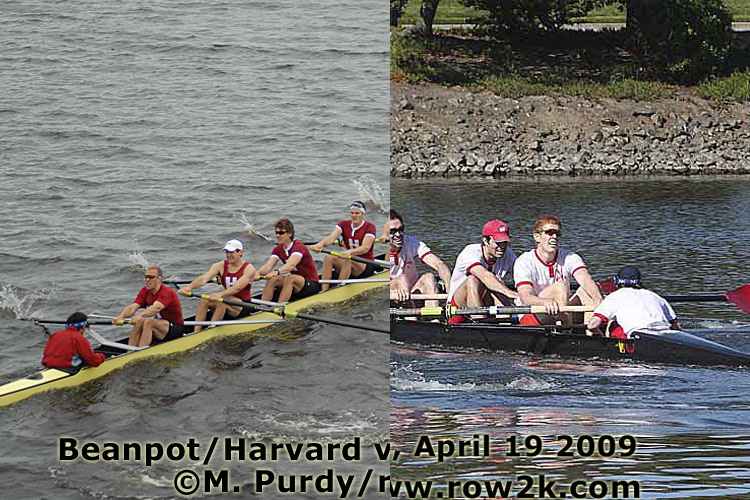