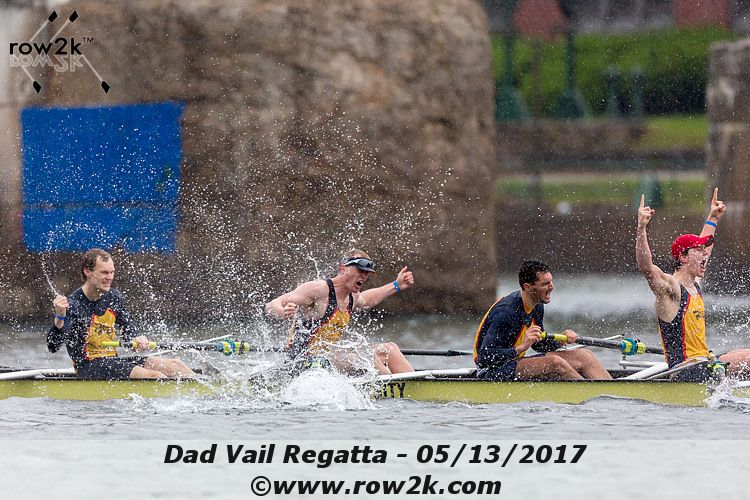 Lots of teams had notable results in the rain-shortened Dad Vail Regatta finals on Saturday – St. Joe's won two medals in the big men's and women's eights, the Delaware men took a bronze in the heavy 8 and won both light events, Lafayette nabbed a gold, Georgia Tech had a good day in smaller boats, the BU women kept the light women's pollers mixed up with their win, Central Oklahoma won their first Dad Vail title, and more – but none had a day quite like the Drexel team.

After putting 10 crews into the finals, the Dragons won five of them and medaled in another; the wins included the top men's and women's eights, a feat not achieved since Purdue did it in 2007 – and the women's eight gold was Drexel's first ever victory in the event.

Despite being relatively young, Drexel head men's and women's coach Paul Savell noted that the crew showed a maturity beyond their years (with, Savell says, the guidance of coach Denise Ferraro, who coached the crew every day all year up until just before she gave birth to a baby boy the week before the Vails ).

"We didn't have that many seniors, but it really felt like a very veteran group," he said. "For example, I felt really comfortable having them go out to California (for the Crew Classic) and be able to perform well. I think that helped us a lot right away, and then through the year they have been very solid, but not quite hitting a peak the way we did at the Vails. They just let it rip in the grand final in a way they hadn't yet been able to do all year.

"They had been talking about it, and were so amped to do it because we haven't had a varsity women's team win it." 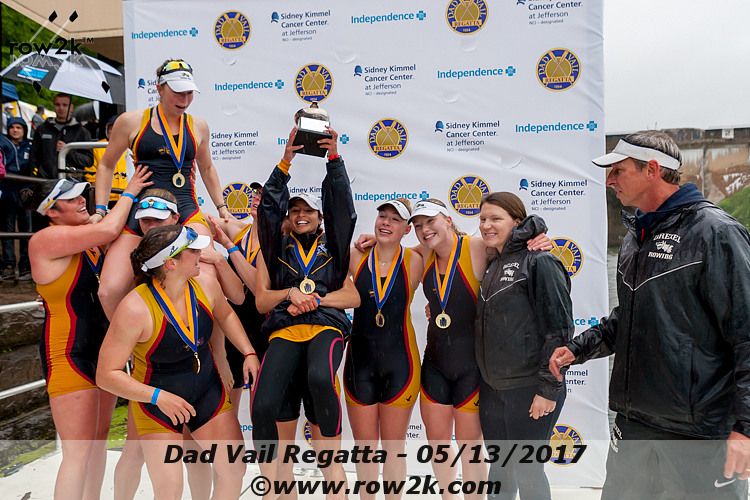 The men's crews took more of a steady grind to get themselves on the medals stand just upriver of the Columbia bridge this year.

"On the men's side, this group was really willing to put in the time, and realizes how important miles are," Savel said. "Sometimes we talk about free speed; well, there was no free speed coming our way this year. They had to work their butts off to get every little bit this year.

"There's a group of guys that just were the drivers of the team, including our captains Joe Masgai, Ivo Krakic, and Brett Berry. All the guys were right there with them, pushing the team and themselves. It wasn't 'I want to make myself fast,' it was more they know they are counting on each other. It was a united front going after it." 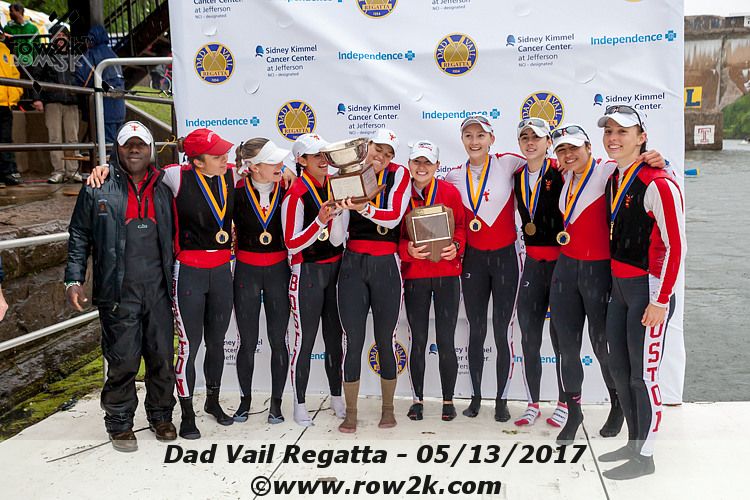 Drexel runs their programs in a closely knit but somewhat unorthodox way, with Paul Savell acting as director of rowing but also as head coach of both the men's and women's programs. Savell puts in water time with both programs, an unusual approach in the current collegiate ranks; he credits his coaching team of Denise Ferrero, Mike Guerrieri, Nick Baker, Asiya Mahmud, and Dave Florio.

"I've given up a little bit of the idea of total control over this boat," he said. "You don't see that in other sports – there are five basketball coaches, and all of them are chipping in to help that team. I feel like I really have the good coaching staff on board, where everybody's helping a lot of boats, especially the varsity.

"It helps getting a different voice maybe to say the same thing, to connect with each of the athletes a little differently," he said.

Savell himself goes out with both programs. "It's really a group effort, because I'm on both sides. It's not like it is 50/50 all the time, but I can go where I feel like I need to be because the other coaches are at least as capable if not better than I am, so I feel really confident with them.

"We don't have the coaching staff size that other teams do – we're not at our NCAA limit for example - and when I first got here they put in me in charge of the whole program, men and women," he said. "I'm responsible for them, so I want to make sure I'm in touch with everyone. It's hard to be responsible for somebody when you don't know what's going on. 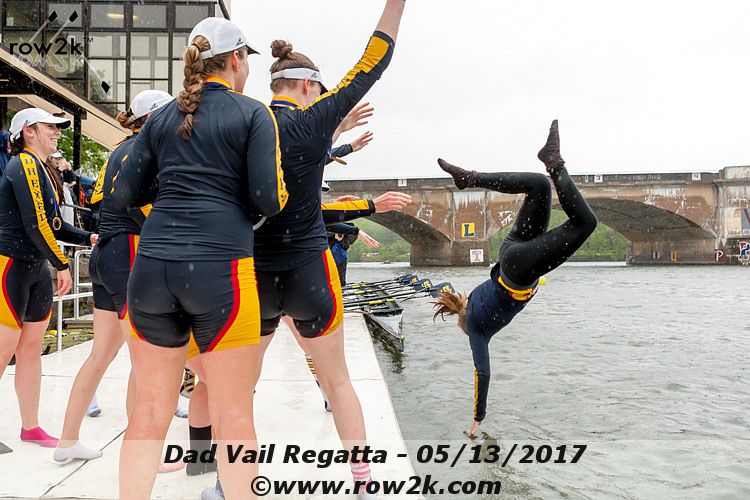 A lot of Drexel coxswains went swimming on Saturday

"It has been a pretty big positive," he continued. "I think our team is close. Sometimes the men's and women's team in a boathouse might not really get along – but with our team, I don't need to worry about scheduling the erg groups or anything like that. And then if there is something the women are doing really well, I'll point it out to the guys and say, look what they're doing. We want to do that, be champions. And when I see the guys doing something I'll let the women know right away. That way it's really been pretty valuable."

The women turned around and competed at the CAA Championship on Sunday, placing second behind Northeastern to end their season. For the men, their win at the Vails qualified them to race at the IRA Championship in June; Savell said the crew is already working on turning things up the notch that the IRA will demand.

"We've want to figure out how not just to get to that level speed, but stick with it," Savell said. "At Sprints there were so many crews within six seconds of each other; that's a tight pack. We went down at 5:39, and we feel like that's getting there. Obviously we were on different courses, but it might not be that far out there to try to get into midrange group. We're working on it for sure."