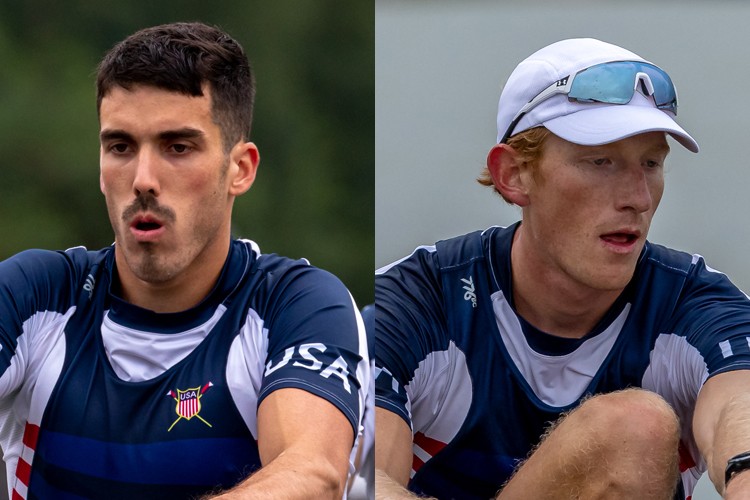 Nick Rusher (M8+) and Gus Rodriguez (M4-) find themselves back here in Racice on the Senior US Team, just one year after winning a silver medal together for the USA in the U23 Eight on these same water, but the connection between them—-and their families—-runs much deeper.

It runs all the way back to the National teams of the 1980s and '90s, teams on which their fathers, Jack Rusher and Raoul Rodriquez, trained and raced together, and on which Rusher’s parents, Jack Rusher and Cindy Eckert, met. Gus' mom, Mara Allen Rodriguez, met his dad through rowing, too, was the first female captain of the Vesper Boat Club and is still an active rower.

Jack, Raoul, and Cindy all raced at the Seoul Olympics, where both fathers medalled--Raoul a silver in the four and Jack a bronze in the eight--and Cindy raced in the four. Jack and Cindy would go on to race again at the Barcelona Games in 1992, where Cindy won a silver in the Women's Four. Jack and Raoul even raced together, in the four, in 1989--winning silver--and the four and eight at the Goodwill Games in 1990, three decades before their sons would make the 2021 U23 Eight for the US together.

row2k caught up with both Nick and Gus to to ask them about this experience of following in their families footsteps, together.

row2k: Did your dads give you any advice at all, as you guys step up to the Senior National Team here this year?

Gus Rogriguez: Not really. My dad is just a fan: he loves to watch me race and there's nothing specific he said before this one.

Nick Rusher: Just to stay in the moment and cherish it. I was actually trying to decide about being on the team, because I'm actually missing school right now. I'm still a senior at Yale, so I was trying to decide whether it was it worth it to miss these first couple of weeks of the fall. But both my parents said, "What are you talking about? Do it--100% do this. You never know when you can make another team and just stays with you forever." 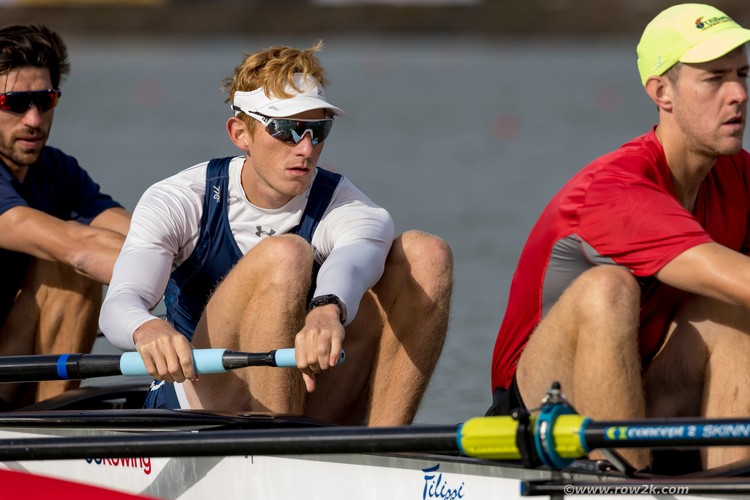 Gus Rogriguez: My dad did recount one story to me about one of his races, maybe in 1987: they were up on the East Germans in the coxed four for part of the race, and he was just looking out of the boat, thinking, "Damn, this is so cool."

row2k: Have you given much thought to racing in the same boat class(es) as your fathers did at the Olympics?

Gus Rogriguez: People have brought that up. It is a bit surreal. 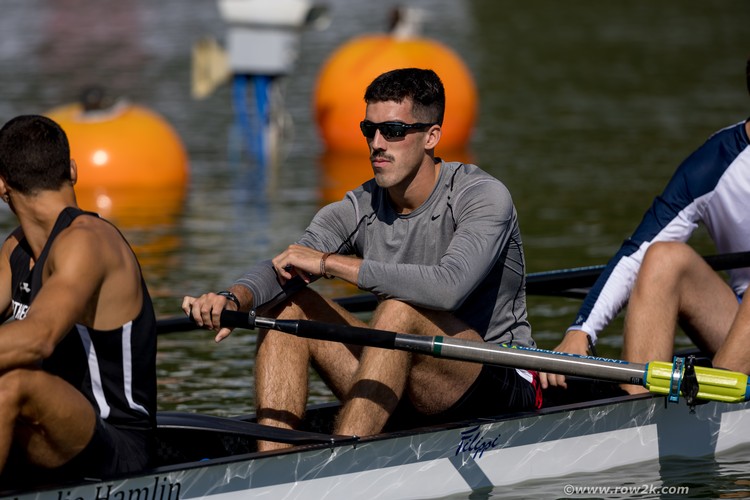 Rodriguez is the three seat of the USA M4-

Nick Rusher: It means a lot because my parents met on the team and, when they were my age, they were doing the exact same thing. I had a moment when I made the team. I was just so happy and so thankful that I was able to do what they did, and it's just a great shared experience that we have.

[Ed. note: Nick's older sister, Alie, made the Tokyo Olympic team in the Women's Quad, so he is National Teamer #4 in the family]

row2k: How did this summer, and making the Senior team come together for you?

Nick Rusher: This summer, everything was just kind of a whirlwind, from IRAs and the Yale-Harvard race, and then I got to go to Croatia, with a group of guys [from California Rowing Club]. Then we got an invite to the selection camp and, all of a sudden, Gus and I were on the team. Both our dads, and both of our parents, they wouldn't miss this. 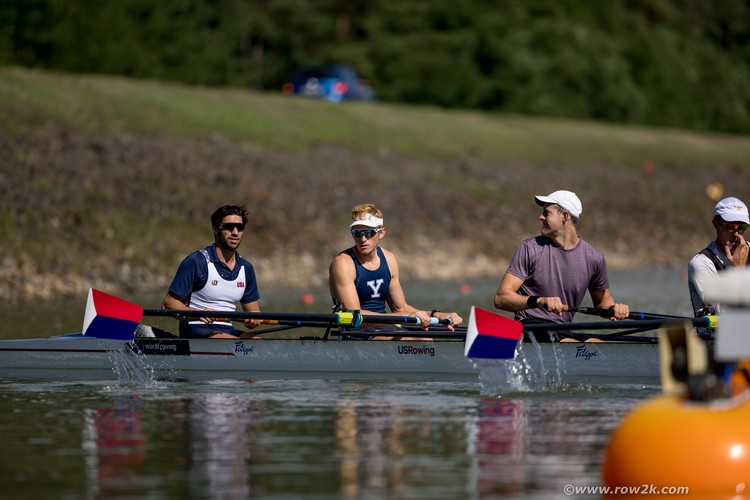 row2k: How aware were you guys, growing up, about your parent's at the Olympics?

Nick Rusher: The Olympics has always part of my life, watching my parents. Because of them, I've always been cognizant of the Olympics, but the dream of going myself felt really far away.

Gus Rodriguez: I found [his 1988 Olympic race] on a disc at our house--it had been a birthday gift for my dad from some one who worked, I guess, at ABC on the broadcast. I got it digitized and uploaded it to Youtube.

you can watch that version here on Youtube, complete with shots of Gus' grandparents cheering in the stands.

Gus and his teammates in the Men's Four advanced to their semi, as we covered in the row2k Monday report. That next race will be Thursday.

Nick and the rest of the US Men's eight will race a rep on Friday; they took 3rd today behind Britain and the Romanians. 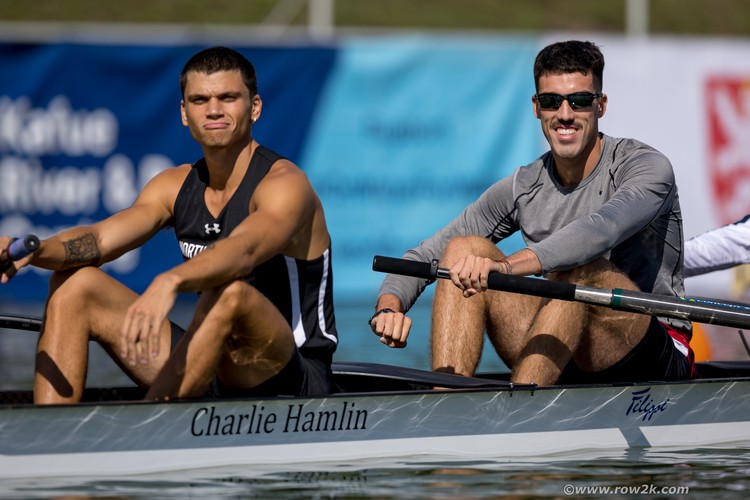 Rodriguez with Rhett Burns (left), who also rowed in the 2021 silver medal-winning U23 M8
back to top
World Championships Features