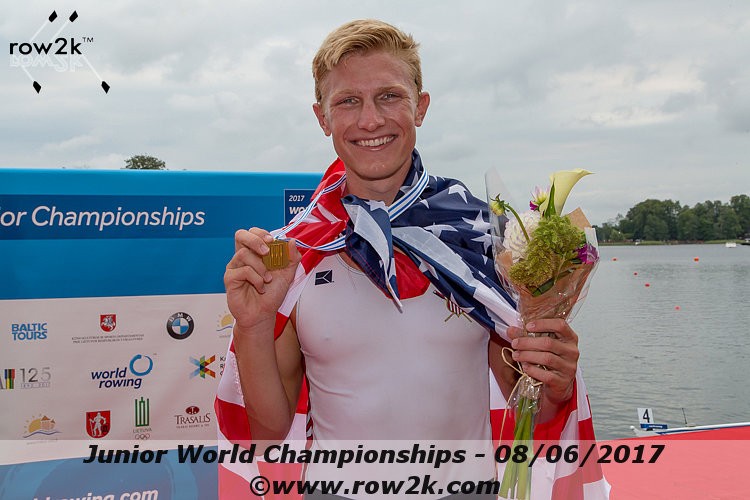 When Clark Dean headed back out on the water to race the single for his sixth race of the week after placing sixth overall with his boatmates in the US men's coxed four, he was trying to compare his speed in the warmup against his warmups over the past week.

"As I was taking my tens, I was thinking 'Alright, where were these yesterday?'" he said after taking gold in the junior men's single, the first US sculler to do so since Jim Dietz did it 50 years ago in 1967 in the first-ever Junior Worlds in Ratzeburg, Germany. "'Am I more tired than yesterday? Am I about the same?' It ended up being pretty good, and the conditions were good to race your hardest."

Dean's strategic approach during the week paid off with a length and three-quarters win after leading the whole way (the official margin was 3.25 seconds, although this photo at the finish line makes you wonder).

"This was my sixth race of the week, so the whole week I knew I was going to be cutting it close with how much energy I had left," he said. "Obviously it ended up working, but I was just hoping I would just have the juice to do it at the end of the week. I've been taking my recovery seriously every day, doing all I can to recover after each race and prepare for the next one. I've been doing more meters on the erg this week warming up and cooling down than I think I did while I was training. It worked out; it was a good week of racing."

Dean knew what he was facing in the final, and has for some time. Both he and silver medalist Moritz Wolff of Germany had beaten the erg world record this past year, and met up in the heats as well.

"After we both did the erg earlier this year, I thought he might be in the single here," Dean said. The comparisons continued in Trakai. "All three of us knew each other since the first race and all thought we would be in contention for a medal. Since the heats, we've been looking at times."

The rivalry looks likely to continue; both scullers are 17, so have another year of eligibility as juniors; after the race, Wolff "I am really happy with the result, though I was gunning for gold. I really wanted to attack him. I knew that he was fast off the start, my plan was to just stick with him. We are both juniors again next year, so we'll see."

Mmbudzeni Masutha of South Africa won bronze, noting "I am pleased. I wasn't sure I would make it this far to the final. It is a bit of a shame because for me that was quite a bad race, but I've enjoyed my time here."

Dean is up for whatever lies ahead; asked if he was prepared for the excitement over his win, he seems all in. "Absolutely," he said. "I'll race the single and I'll race anything as long as I can."

When row2k gets to the end of a long week of photos and writing, we still look forward to keeping the pace right to the end of the regatta, and it's good news when we are really busy for the final race of the day, the men's eight. The US junior men's eight has obliged for the past three years, winning silver in each. It's an admittedly bittersweet stat for the US men; it is the longest streak of medals in the eight ever, but the difficulty of being so close to gold for three years definitely showed on the faces of the athletes in the immediate aftermath of the race.

To take the eight, you have to be a bit bold, and the crew went for it fully, going out of the blocks in third but surging into the lead in the middle of the race before a surging German eight edged out front in the final hundred meters. After a debriefing and the start of the gear trading scrum, the crew understood they had given it a full pull, US coxswain Sydney Edwards said.

"I could take a two-way path in getting second," she said. "I can either accept it, move on and learn something, or I can wish I got gold, be incredibly upset, and never have the opportunity to actually fix the mistakes. I talked to every one of the guys, and none of them have regrets, and neither do I. There's nothing we could have done more." 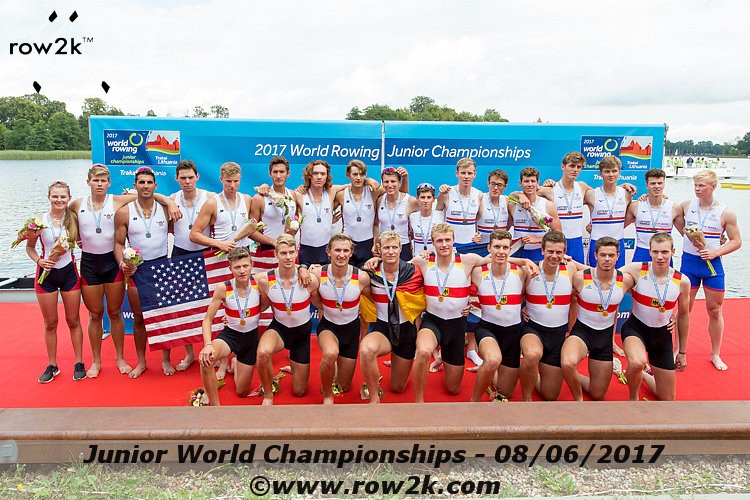 Edwards was the first female to cox a men's eight in international competition after the rule change this winter; although it is pretty common in the US, especially in college racing, at Worlds not so much. Edwards reflected on her experience now that it is all done.

"It's different here, just because I got a lot of looks; a lot of people were very intrigued by the fact that I was a girl coxing boys," she said. "The guys were fantastic, I couldn't have asked for a better boat of guys. They were all sweet, all accepted the fact that I was on the team. I couldn't have asked for anything more. It was definitely the right decision, and I made friends with people who I'm going to see for the next four years of my life when I am in college. They were all sweet, and all helped me get across the line; that was the best part about it."

Edwards, who was on the women's team last year, admitted that the summer was not all smooth sailing, but really only recalled one uncertain moment.

"I had one really tough patch right before selection happened," she allowed. "I thought this is not working, I'm not good enough, I'm going to get kicked off, this is not going to be okay. The coaching staff ended up being very easy to talk to which was awesome, because I know Casey, and I knew Jesse (Foglia) and Chris Chase before. It's very familiar place to go to, and they were super helpful."

To start off what later became an all-colors medal collection with Dean's gold and the M8 silver, the US women's four won bronze in the first A final of the day. The crew of three newcomers and three-time medalist Kaitlyn Kynast used the regatta to continue to improve on their summer's labor. Two-seat Riley Lynch said the approach was helpful in figuring out how to get on the medal podium in the field of 17 crews, the largest-ever entry for the women's four – the eighth consecutive medal in the women's four for the US. 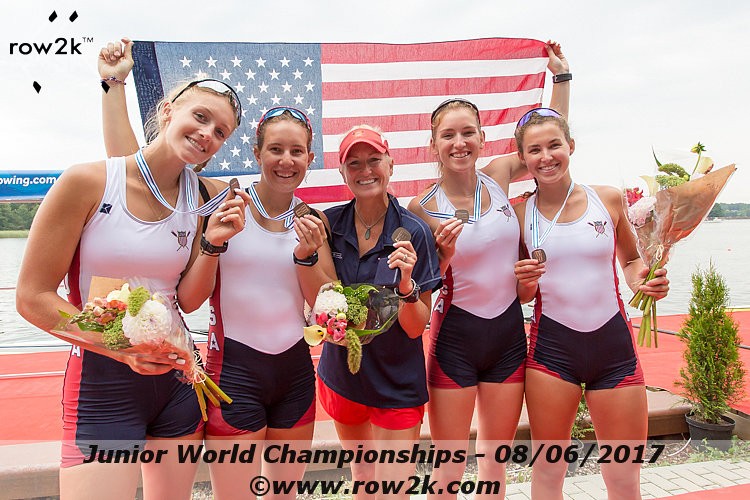 The US women's four's eighth consecutive medal in the event

"The first race we tried to get it going and see what our racing is like," she said. "The second race, we worked on things we wanted to do a little bit better. The last race was combining it all together. It was really nice to have three different steps in order to get where we wanted to be after training all summer."

As a newcomer, the weeklong narrative helped Lynch get her bearings.

"Especially for me, because I had no idea what to expect coming into this, throughout each race I had a little bit better of a sense of what we were actually capable of, which was great to see play out for us."

When it was over, Lynch felt both excited and a bit overwhelmed.

"I was really excited, but also maybe a little bit confused at what had just happened, because it was something I never dreamed possible for myself," she said. "And I wanted to do it more than just for myself. There are so many people that have supported me just to get here, and then all the coaching and team work that has gone into it this summer. I've been doing this for four years, and it is really cool to be able to finally have something big to show for it. Rowing away from the medals dock knowing that we had finally done it, even though it was over and that was a little bit sad, it was really cool to have the result at the end of it all."

Soon after the end of it all, the rainstorm that had been forecast to be imminent since the start of racing arrived, sending the athletes trading their hard-earned gear scattering for cover while coaches (and photographers) worked in the rain to wrap things up. Weather challenges had loomed but never landed all week long, and it seemed fitting that the skies had a chance to open up for a bit. Soon enough the sun burst through again, giving everyone one last look at the beautiful venue. 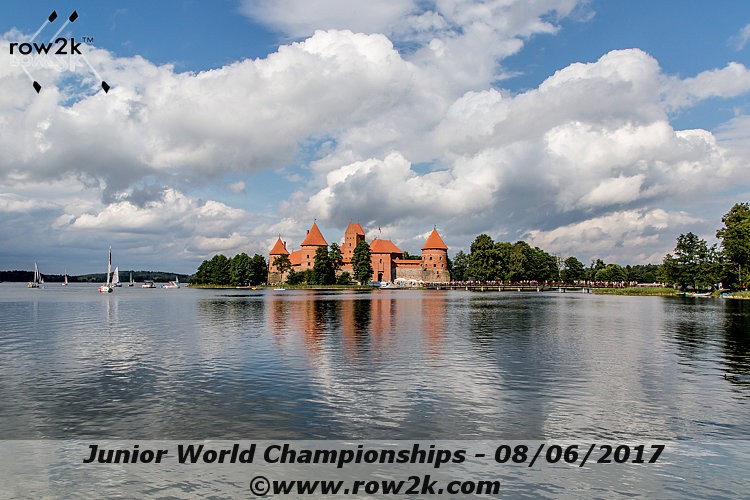 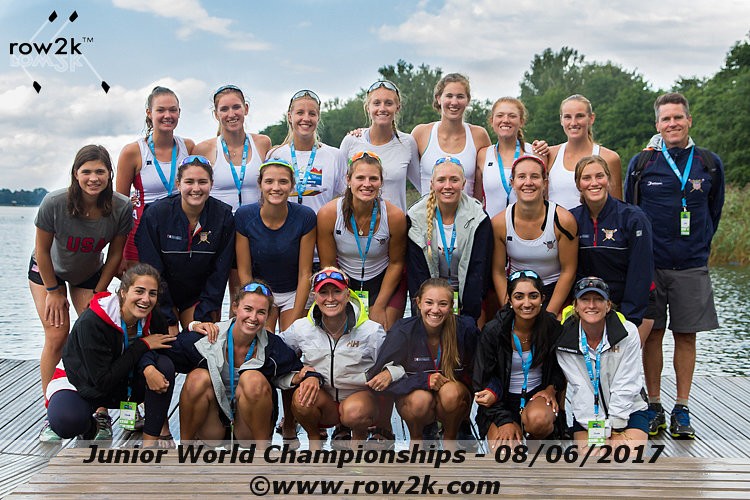 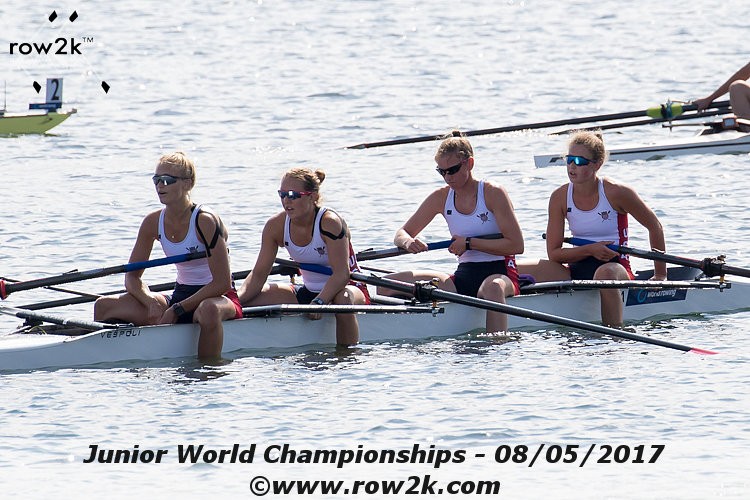 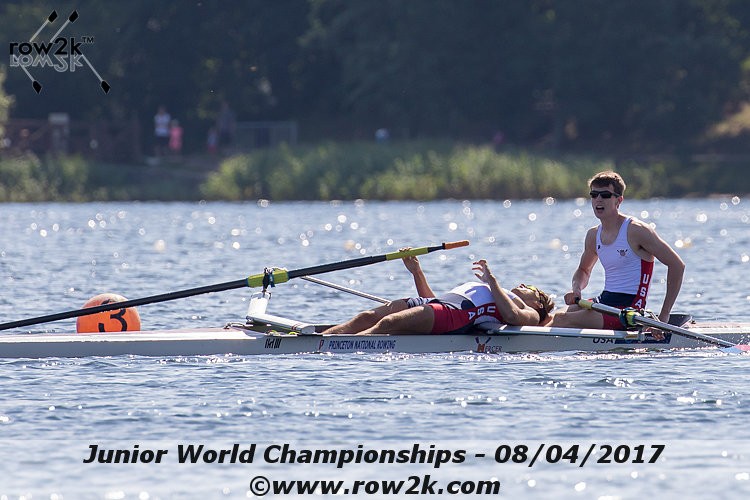 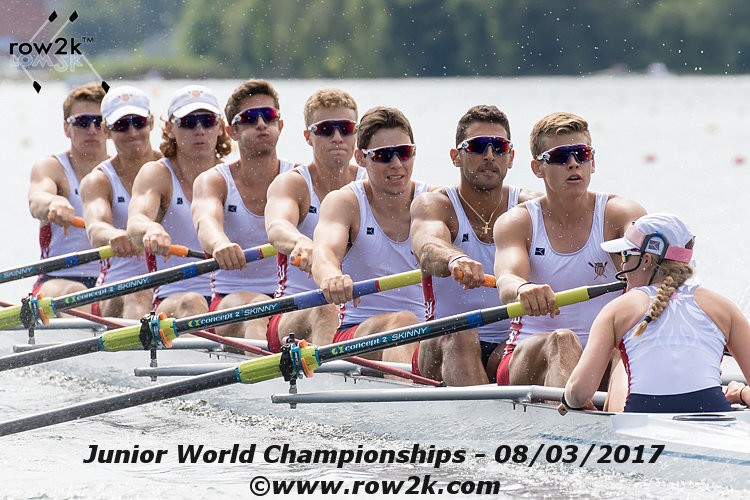 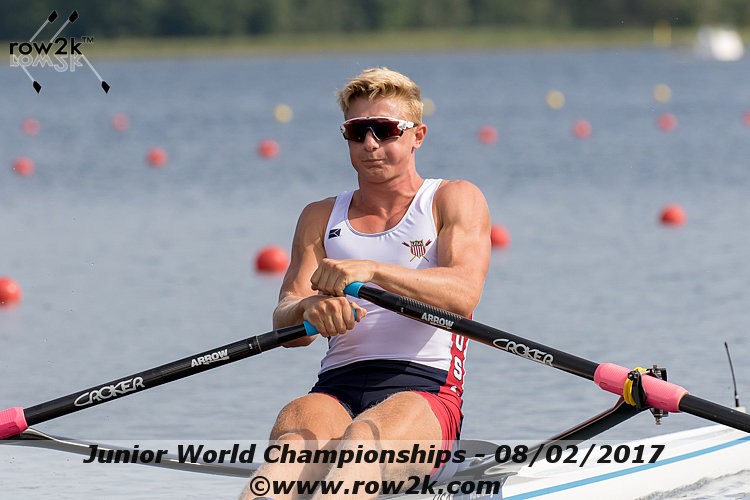