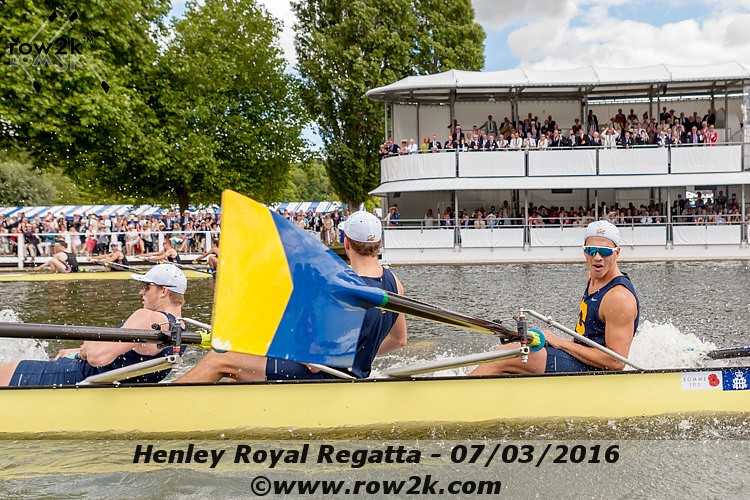 It can not honestly be said that the rowing community lacks a sense of humor, or that it does not revel in the aftermath of an epic boat crash.

Look no further for an example than the 2016 Henley Royal Regatta and the final of the Visitors Challenge Cup and the Cal four crashing into the last upright boom on the finish line.

Just so happens that row2k photographer, Erik Dresser, who was sitting in a rented rowboat moored to that very boom, saw Cal coming, referee Matthew Pinsent flagging them to steer in that direction, and anticipated the crash.

The resulting photo - a full series of them - captured the action and the one shot that shows the oar just about to hit the boom, and the astonished face of two-seat Niki Van Sprang is one of the most clicked on photos in row2k history. 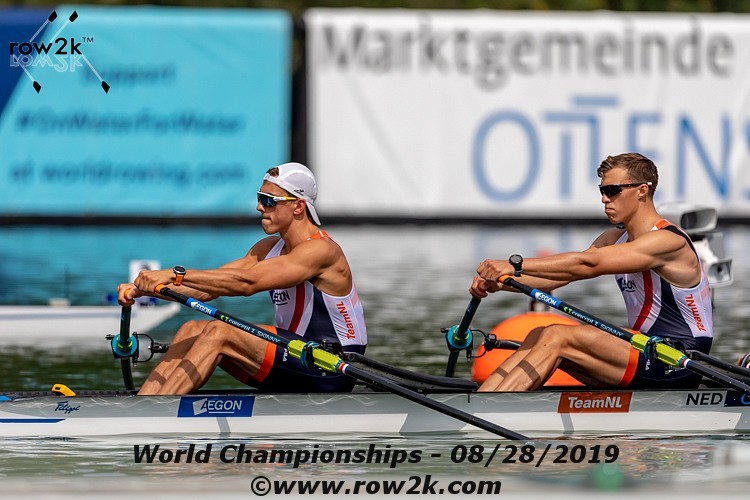 The action also resulted in a video that shows the entire scene set to the music of the Titanic.

A second video from the opposite of the course shows the action and Dresser in the blue rowboat shooting the action. (Make sure to have the volume up for the crowd reaction.)

This week, three of the four Cal rowers are racing in the 2019 World Rowing Championship. Joachim Sutton is in the Danish pair, Maarten Hurkmans is in the Dutch eight, and Van Sprang is in the Dutch double that won its semifinal Wednesday in Linz-Ottensheim, Austria.

Just after his race, Van Sprang was good natured enough to talk with row2k about the incident and the notoriety that followed.

"It's been what, three years now, and it still comes up," Van Sprang said. "Like our coach, Mike Teti said, it's a better story than if you had won. The year before, I won the event with three other guys. Nobody knows that, but everybody knows about the crash. So, in that sense he was right."

For the back story to the day, Van Sprang said he was finishing his career at Cal and was rowing with an injured back and hoping to end his collegiate career on a high note when the crash happened.

"That was my last race for Cal, and that made it the most painful part probably. I wanted it to end on a high and I was actually racing with a herniated back on three Ibuprofen and two Paracetamol, I could barely feel my feet.

"I was just like, if I'm going to do this race, we're going to finish it off right. In the semi we rowed pretty badly, and I was yelling at the boys just give me one more day as a Golden Bear and they did. And in the final we were behind, it was like it's my last race do it for me and we almost did."

While it was painful for him then, he laughs now talking about it - and of course the photo and video.