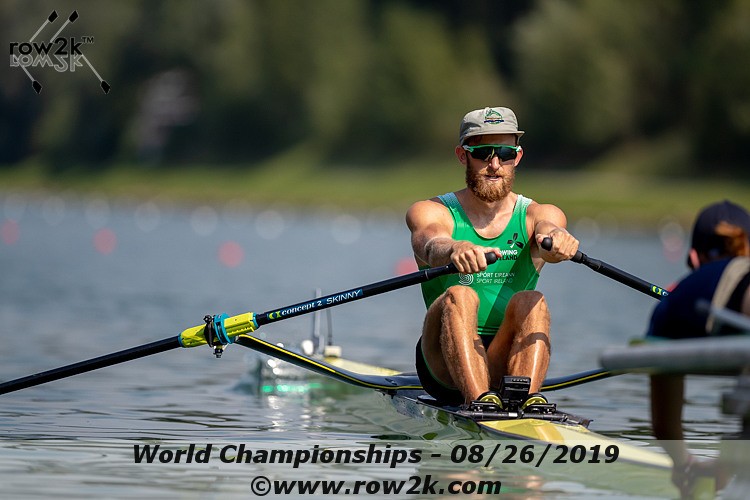 When they won the silver medal in the 2016 Rio Olympics, Gary and Paul O'Donovan were practically unknown by just about everyone in the rowing world, except to their neighbors and friends from their hometown in Skibbereen, Ireland.

But they were immediately embraced worldwide after a video interview with the brothers from Rio just after the medals ceremony, went viral. The interview showed them to be genuine, fun loving athletes, who capable of training hard enough in no-frills facility back home to become Olympians, and compete to be World Champions.

As they continued to push through this current Olympic cycle, the exposure the video brought them led to other public appearances, more notoriety and helped fuel a grass roots movement in Ireland to draw more young people to the sport.

Everything seemed to be going just right for the brothers to make another Olympic appearance together when they won the World Championship last year in Plovdiv, Bulgaria. But the excitement in Ireland for rowing they stoked also led to the development of more scullers back home including another set of brothers, twins Jake and Fintan McCarthy.

The "other" brothers have been making a name for themselves, and preforming at the top of the U23 and European circuit and back home in Ireland, where Fintan edged Gary O'Donovan out of the double with his brother, Paul in trials this year.

"Obviously, it's disappointing not to be in the top boat, losing my seat," Gary told The Irish Times. "But when I put it in perspective, I understand why it happened and how it happened.

"Fintan has done such good work. It's not as if I'm losing my seat to any Joe Soap around the place, like," he was quoted saying in the Irish paper. "I have no reason to be feeling hard done by. Fintan is quite deserving of that place, so fair play to him. I'll just have to put in more time and more effort and keep trying to get back in."

This week in Linz-Ottensheim, Gary is doing his best to make sure that happens. He stumbled Sunday in his heat, finished fourth and had to row in the rep to stay alive in the regatta.

Monday, he made sure he was not going to be eliminated and led from start to finish in the rep. After, he talked about what happened and his plans to go after his seat in the double next season.

"I got beat out of the double this year by young Fintan McCarthy. There's four really good scullers now back home, like Fintan, who's in the double now, and his twin brother Jake.

"And there's Paul and myself, so there's four good guys in Ireland trying to make the top boat, and currently, Paul and Fintan are the fastest two," he said.

"But I'll keep training and keep plucking away at it and hopefully we'll get back together, hopefully, we'll be able to get back into it and back to the Olympics."

Asked if being beat out of his seat has been motivating to him, Gary said it was. "A bit, yes. I've just got to make sure I make all the right decisions over the next year and hopefully I'll be able to beat him again then.

"I don't know what happened in the heat, I can't put my finger on it," he said Monday. "But that's done. Now it's straight ahead."