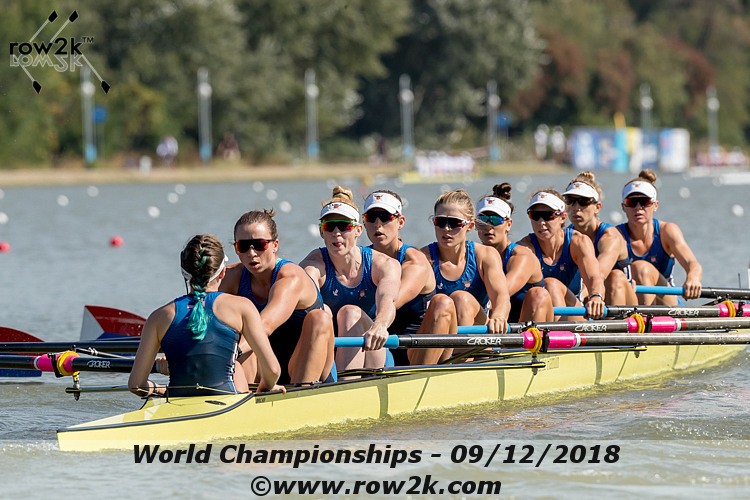 Racing for the 2019 World Championships begins on Sunday, August 25, in Linz, Austria. Below, we preview the women's eight and qualification for the 2020 Tokyo Olympic Regatta. 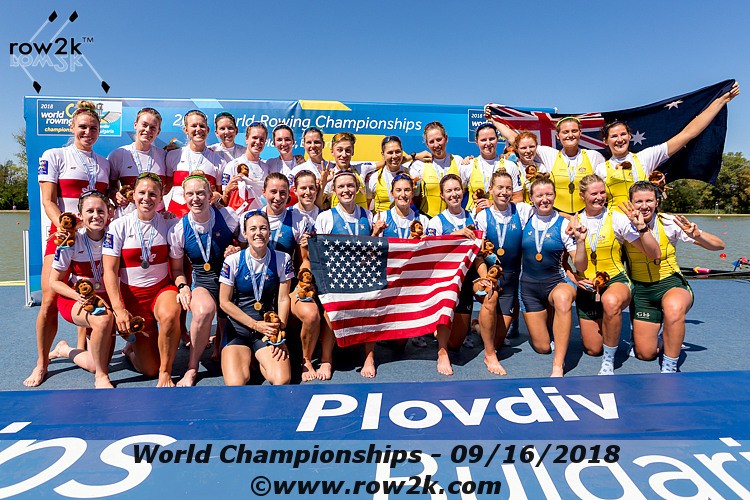 PLOVDIV 2018 RECAP
Australia and USA led the field to the halfway mark, when the Americans made their move into the lead. USA extended their lead to win by just over two seconds, with Canada sprinting through Australia to take the silver. The Netherlands finished fourth, Romania fifth, and Great Britain sixth. Watch the final here.

Canada, won the bronze medal at World Cup III, but has since changed their lineup significantly, swapping in four new rowers since Rotterdam. USA took second at World Cup II, just over a second back of Australia in the American eight's only appearance in 2019. 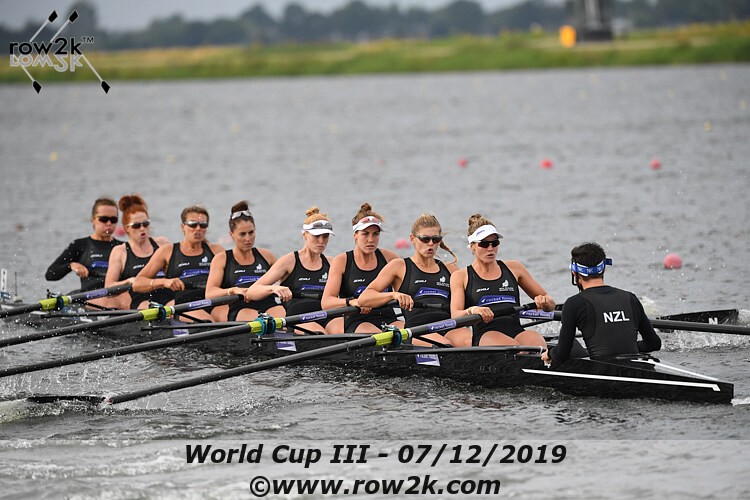 Great Britain, Romania, and China also raced this year and made the finals with Romania and Great Britain taking the top two spots at the European Championships and the Brits also taking the bronze at World Cup II.

USA PROSPECTS
The American women's eight is nearly identical to the crew that took the silver in Poznan, with just Emily Regan swapping in for Brooke Mooney. They return seven of the nine athletes from the 2018 crew that won in Plovdiv. The crew of Felice Mueller, Kristine O'Brien, Meghan Musnicki, Dana Moffat, Olivia Coffey, Regan, Gia Doonan, Erin Reelick, and coxswain Katelin Guregian come in to Linz likely to qualify for Tokyo, win a medal, and potentially win gold. A win would be the American's thirteenth win in the event in the last fourteen years. 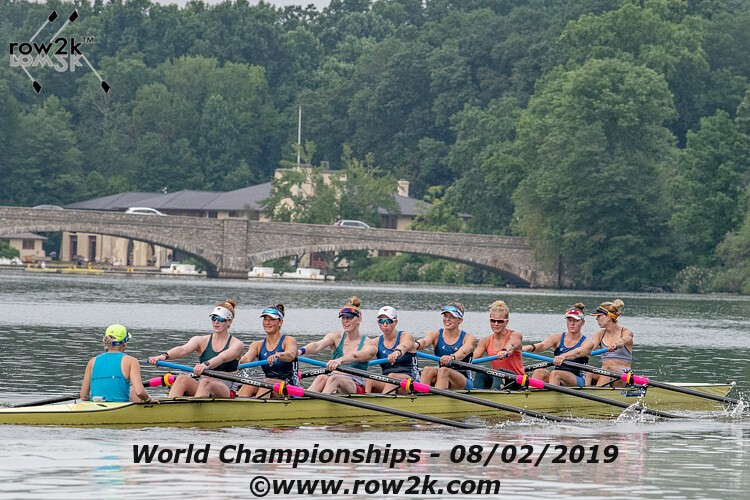 MEDAL PICKS
The USA, New Zealand, Australia, and Canada enter the regatta as the favorites to medal, however one wrinkle to consider is the Canadians, Aussies, and Kiwis all have pairs from their eights also doubling into the women's pair event. Depending on how the progressions in both events play out those athletes could be racing as many as four additional 2k's prior the women's eight final on Sunday.