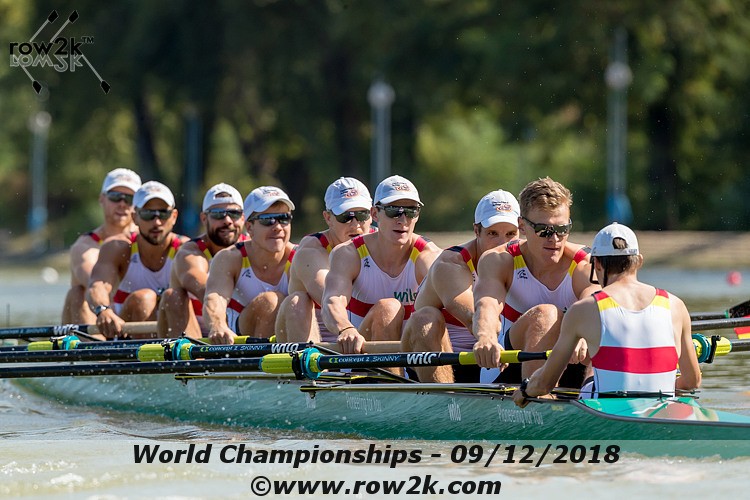 Racing for the 2019 World Championships begins on Sunday, August 25, in Linz, Austria. Below, we preview the men's eight and qualification for the 2020 Tokyo Olympic Regatta. 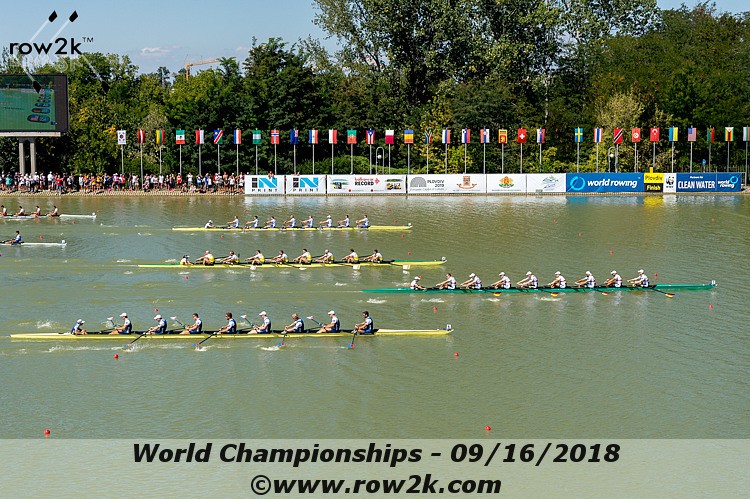 PLOVDIV 2018 RECAP
Germany took a quick lead on the field and slowly crept out down the course in Plovdiv to win by half a length for their second consecutive world championship in the event. The race for second and third was intense with Australia sprinting through the USA and Great Britain to take silver, with the Brits taking bronze over the Americans. The finish was so tight that just 0.20 seconds separated second from fourth. Italy came in fifth over Romania in sixth. Watch the final here.

2019 SEASON RECAP
Germany and Great Britain traded wins in 2019 as they have since Canada won the gold in the Beijing Olympics. The Germans took World Cup II and the European Championships, while the British finished second in both those events and won World Cup III.

Several other eights have looked speedy so far in 2019, including: Canada, New Zealand, The Netherlands, Australia, and Romania. Canada's eight raced at World Cup II and won the bronze, while New Zealand's eight has got steadily faster since the addition of new guys, Hamish Bond and Mahe Drysdale. 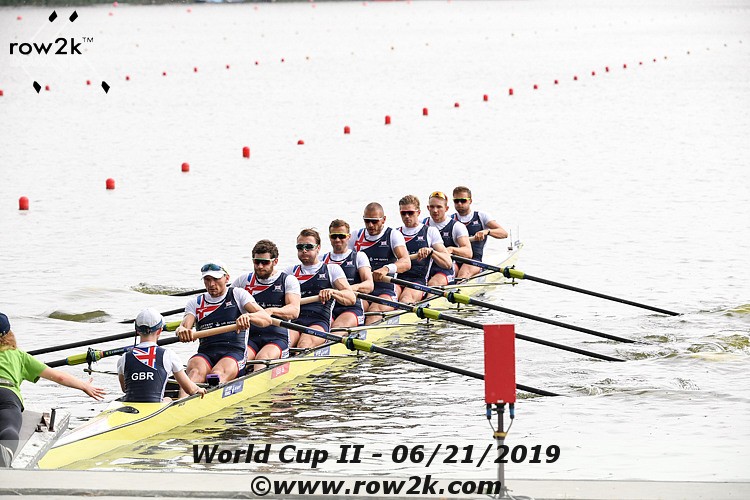 USA PROSPECTS
The priority crew from the Oakland Training Center, the 2019 USA Men's eight brings back five from the 2018 crew that nearly medalled in Plovdiv: Alex Karwoski, Patrick Eble, Conor Harrity, Mike DiSanto, and coxswain Julian Venonsky. Then Nick Mead and Alex Richards move over from the four, while Ben Davison moves to sweep group after racing the last two years in the double. Lastly, Austin Hack returns at stroke seat following two years off when he stroked the 2016 men's eight to a fourth place finish at the Rio Olympics. 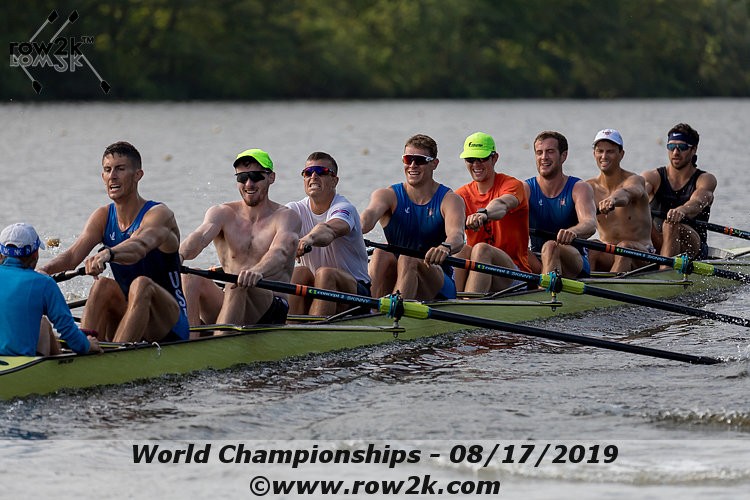 With five crews to qualify for Tokyo and at least seven to eight legitimate crews racing in Linz, qualifying will be tough but doable. Since the crew hasn't raced in 2019, getting a read on speed is tricky.

MEDAL PICKS
History over the last decade suggests that two of the likely three medalists will be Germany and Great Britain. Then it's going to be an intense struggle to get the third podium spot. Australia, Canada, The Netherlands, New Zealand, Romania, and the USA are all capable of medalling, while three of those crews will be outside of Olympic qualification following the regatta.