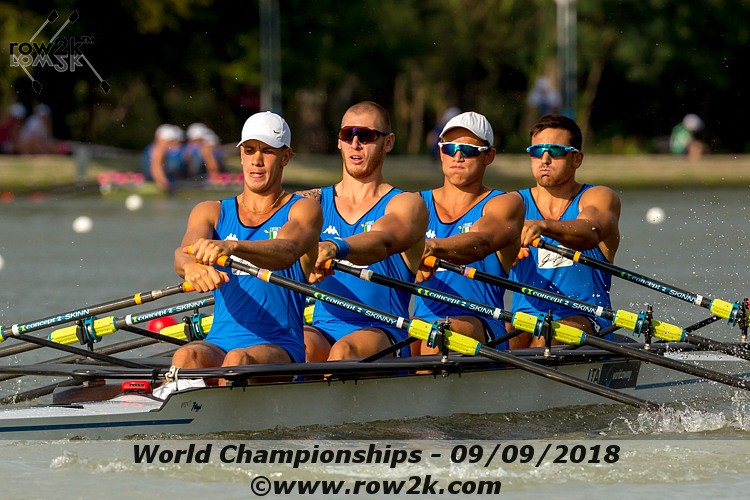 Racing for the 2019 World Championships begins on Sunday, August 25, in Linz, Austria. Below, we preview the men's quad and qualification for the 2020 Tokyo Olympic Regatta. 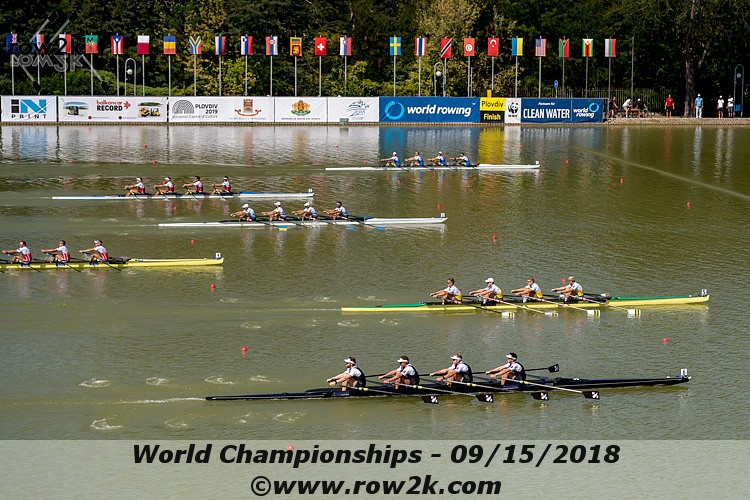 PLOVDIV 2018 RECAP
The Italian quad of Filippo Mondelli, Andrea Panizza, Luca Rambaldi, and Giacomo Gentili capped a bit of a wild regatta for their crew by winning the world championship from the non-favored lane 1. The Italians shut it down their heat, finishing sixth, then took the last qualification spot in the repechage, but it paid off in the final. Australia took the silver in a sprint of Ukraine, New Zealand, and The Netherlands. Poland came in sixth, watch the final here.

2019 SEASON RECAP
Following their sixth place finish in 2016, Poland have sorted out their lineup and dominated the World Cup season, winning all three events. Their crew from World Cup II and World Cup III will race in Linz as one of the favorites for gold.

The Netherland and Germany will be contenders as well, with the Dutch winning the European Championship and tanking bronze in at World Cup III in Rotterdam. Germany just edged out the Dutch in that regatta to take the silver and will be looking for the form of their Olympic Champion crew from Rio. 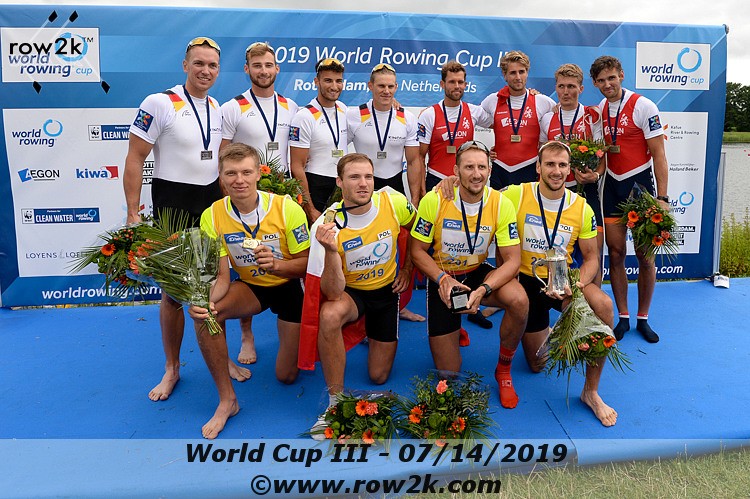 Italy returns with their lineup that won in 2018, and in their only appearance this year won the silver at Europeans. Great Britain has been solid as well, making three finals while Australia and New Zealand should fast with somewhat untested lineups.

USA PROSPECTS
The Penn AC Composite crew of John Graves, Tristan Amberger, Michael Knippen, and Greg Ansolabehere won Trials III in July and will race for the the USA in Linz. The crew raced at World Cup II in Poznan and finished second in the B Final.

Knippen and Ansolabehere return from the 2018 crew that finished fifth in the B Final in Plovdiv, and will be racing in their second world championships. Amberger makes his USA debut in Linz after graduating from Wisconsin in 2018 and may be the tallest rower at the regatta at 6'11". Graves will be rowing in his sixth championships after rowing in the double the previous two years.

With 19 entries for 8 Olympic spots, qualification will be an uphill climb for the quad as the event is loaded with quality crews. 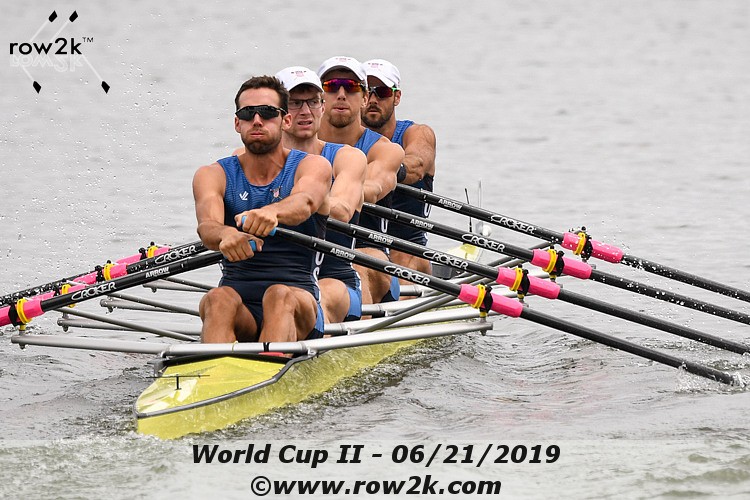 MEDAL PICKS
There are probably four or five crews that could win gold, but it will likely come down to Poland versus everyone else in the final. If Italy can recreate their magic from 2018, anything is possible, then Germany, Great Britain, The Netherlands, and New Zealand all have legitimate shots at the podium.