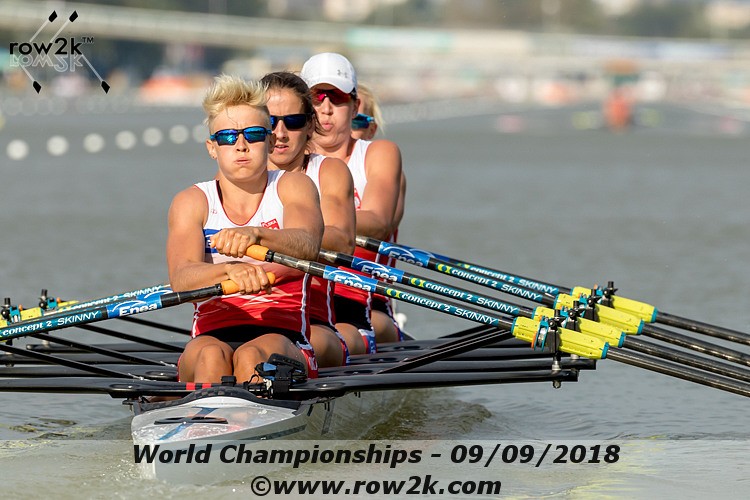 Racing for the 2019 World Championships begins on Sunday, August 25, in Linz, Austria. Below, we preview the women's quad and qualification for the 2020 Tokyo Olympic Regatta. 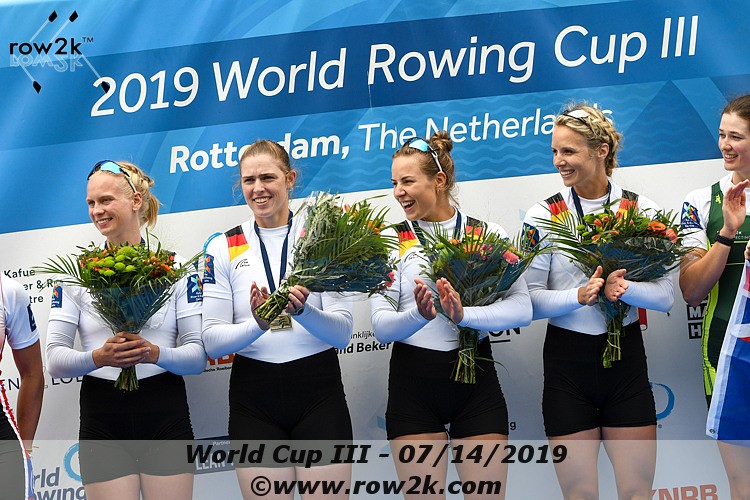 PLOVDIV 2018 RECAP
The Polish crew of Agnieszka Kobus-Zawojska, Marta Wieliczko, Maria Springwald, and Katarzyna Zillmann broke away from the field in the third 500 to win by a little clear water. The race for the other two medals came down to Germany, The Netherlands, and China, with the Germans and Dutch taking silver and bronze respectively, just 0.43 seconds separating the three crews at the line. Great Britain and the USA finished fifth and sixth. Watch the final here. 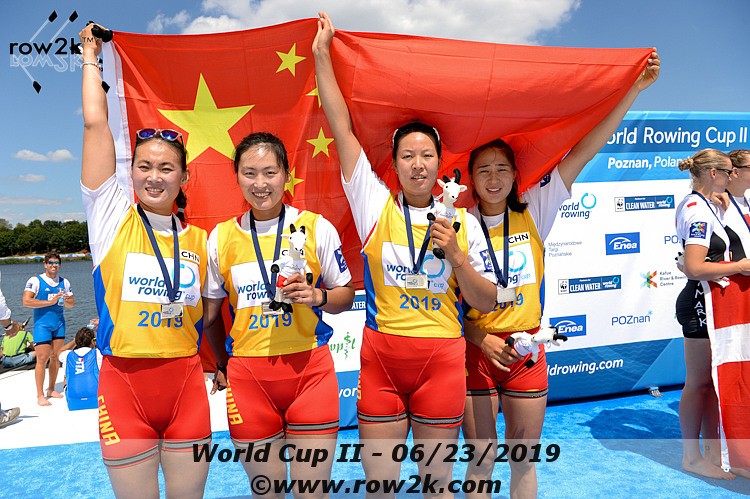 Australia has raced twice in 2019, taking third at World Cup III, and fourth at World Cup II. Great Britain has shown A Finals speed and should be in the mix for a medal as well.

USA PROSPECTS
The USA quad for 2019 is a new lineup that has not raced on the international stage yet and consists of Lauren Schmetterling, Sophia Vitas, Emily Huelskamp, and Kathryn Roach. Schmetterling has heaps of experience in sweep events, but has yet to race the quad at World Championship. She's won three world titles in the eight and was 4-seat of the eight that won gold at the Rio Olympics. Vitas will be racing on her second national team, racing the eight in 2017.

Huelskamp is the sole returner from the 2018 quad, and is racing her at the World Championships for the fifth time, winning gold in the W4- in 2013 and silver in the W4- in 2016. Roach, who won the U23 championship as part of the 2014 women's eight, makes her senior national team debut in Linz. The quad should be competitive to make the final and qualify the crew for Tokyo. 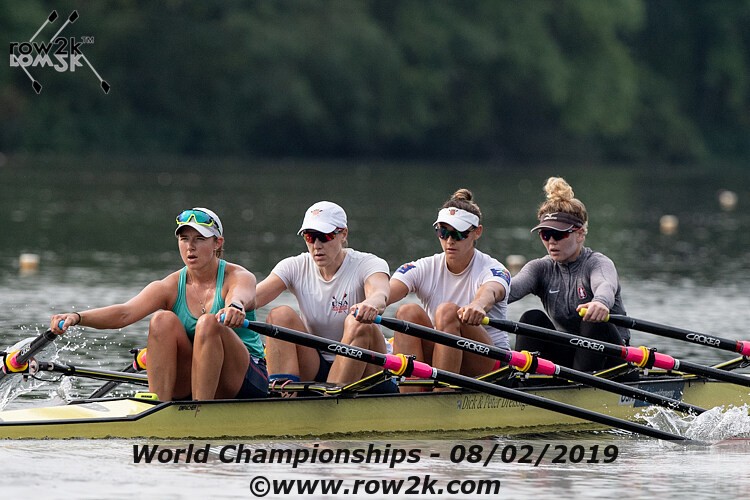 MEDAL PICKS
Based on 2019 results, there is no clear favorite between Poland, Germany, China, and The Netherlands, but will give a slight edge to the Chinese based on their margin of victory in Poznan for World Cup II.

With only 12 entries for 8 Olympic qualification spots, the women's quad will see the highest percentage of athletes make the cut in Linz, but that won't make racing any less intense.