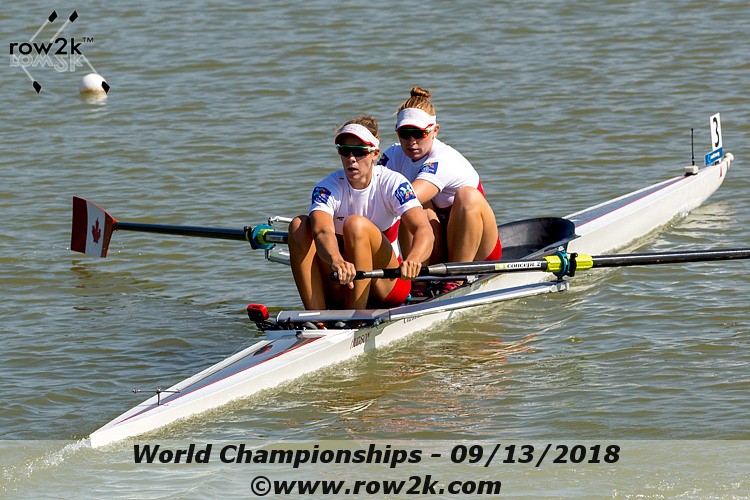 Racing for the 2019 World Championships begins on Sunday, August 25, in Linz, Austria. Below, we preview the women's pair and qualification for the 2020 Tokyo Olympic Regatta. 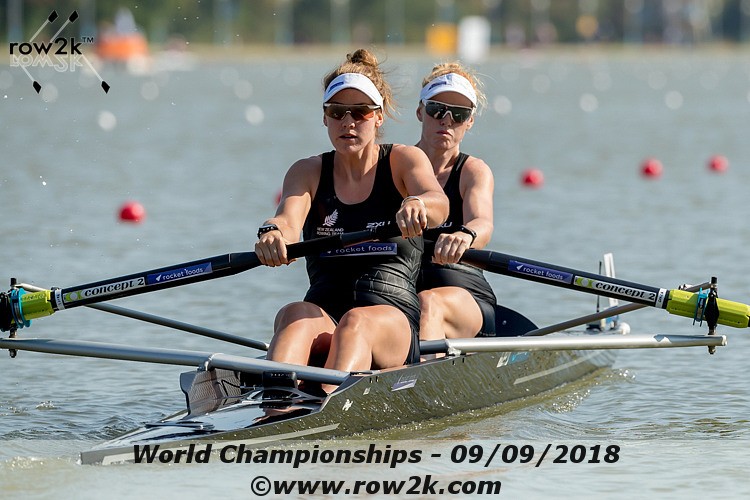 PLOVDIV 2018 RECAP
The Canadian pair of Caileigh Filmer and Hillary Janssens defeated the pre-regatta favorite and defending world champion crew of Grace Prendergast and Kerri Gowler of New Zealand. Canada broke free of New Zealand in the second half of the race to win by just over two seconds. The Spanish pair of Anna Boada Peiro and Aina Cid took the bronze over Italy, China, and Ireland. Watch the final here.

2019 SEASON RECAP
The World Cup season saw the top two pairs coming from Australia and New Zealand, with the Kiwi pair of Prendergast and Gowler besting Australia at World Cup II in Poznan, and the Aussie pair of Jessica Morrison and Annabelle McIntyre getting revenge at World Cup III. 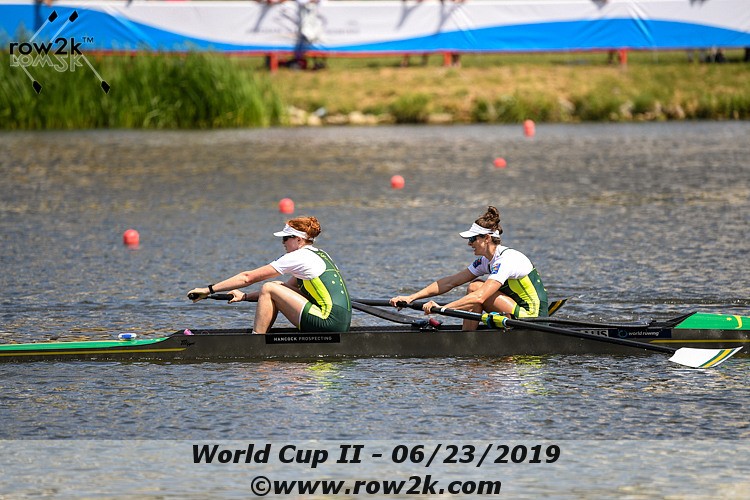 China returns its fifth place crew from 2018 of Xinyu Lin and Rui Ju, which finished in sixth at World Cup II while two recent winning crews of the U23 W2- will square off in Linz. The Chilean twins of Melita and Antonia Abraham, fresh off a win at last week's Pan Am Games, won in 2017, while the Greek pair of Maria Kyridou and Christina Bourmpou won last month in Sarasota.

Other crews that have performed well this year that could be in the mix for the final come from Germany, Italy, and Ireland.

USA PROSPECTS
The USA crew of Megan Kalmoe and Tracy Eisser returned to the pair in 2019 after an injury sidelined Kalmoe in 2018. The combo won the silver medal at the 2017 World Championships, and then took the bronze medal at World Cup II in their only international appearance this year. They should definitely be definitely be in the mix to make the final and fight for a spot on the podium. 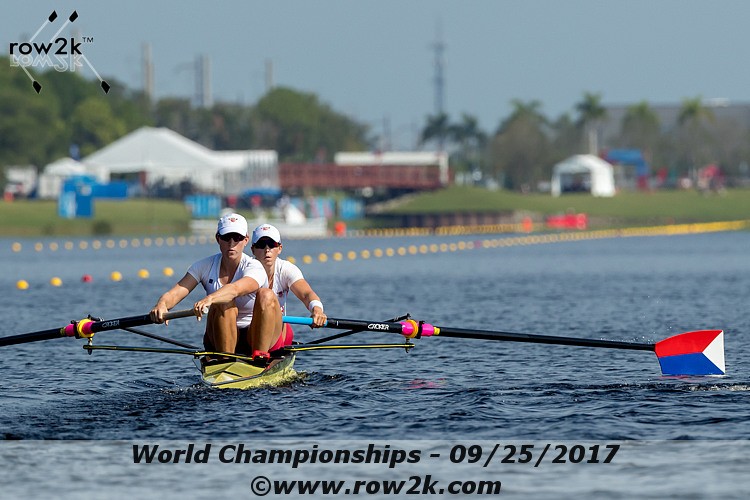 MEDAL PICKS
The women's pair is likely going to be a four crew race, with New Zealand, Australia, Canada, and USA in the mix for the three medal positions following the return of last year's gold medal crew from Canada in their first race together since winning in Plovdiv. Three of those crews; NZL, AUS, and CAN, are also doubling up into their countries eights. With so many pair entries, total number of races may impact the final.