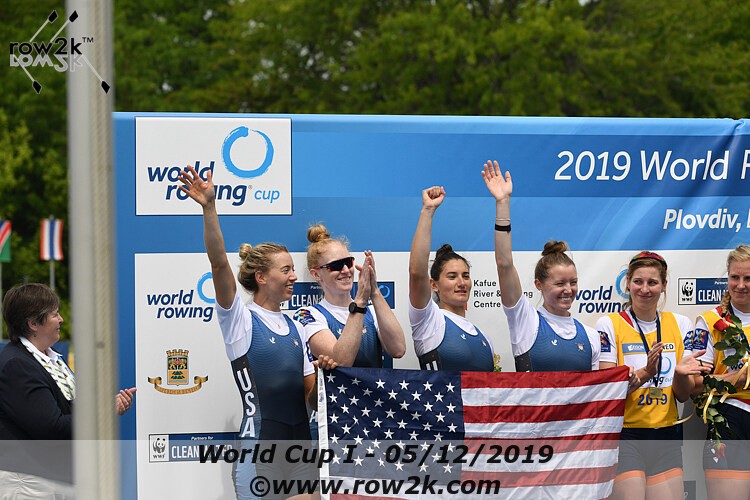 US women on the podium at World Rowing Cup I

While winning medals was not the true goal of the trip, they are bringing back a couple of medals from World Rowing Cup I, and the early experience a handful of runs down in international course to a team deep in the selection process that will ultimately lead to the 2019 World Championships, and the 2020 Olympic qualifications that will be at stake there.

Of the 12 women who raced Friday, Saturday, and Sunday, nine were in Plovdiv last summer, one (Brooke Mooney)is new to the senior team, and one veteran - Meghan Musnicki - was racing in a US crew for the first time since winning her second Olympic gold medal at the 2016 Games in Rio. 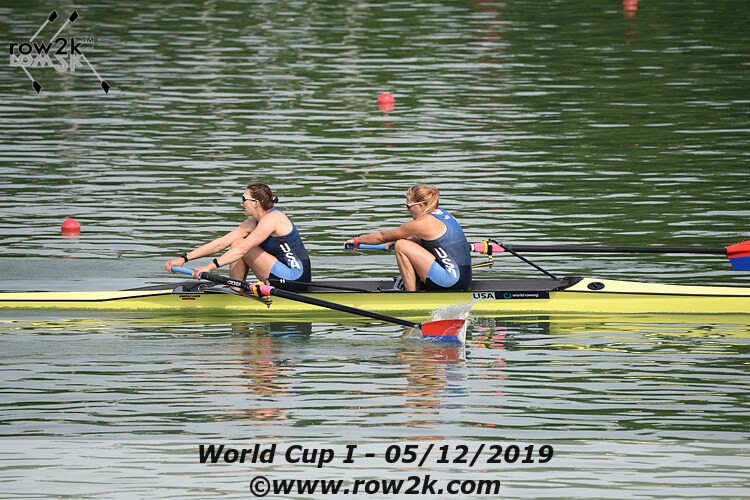 "It has been wonderful to be back training with the group," said Musnicki, who took the last two seasons off from competition but is back in the mix for 2019. "Coming to World Cup I as a squad, we wanted to get to the line as many times as possible and gain or build upon that always important international racing experience.

"From a personal standpoint, I was pleased with the racing. Getting to the line six times in three days was just what I needed to be gently reminded of international racing," she said. "Moving forward, it is back to training as usual with the squad in Princeton.

"Everyone knows this is an important year from a qualification perspective, and just because we were slotted to race at the World Cup, does not mean the same will hold for the World Champs. There are a lot of hungry athletes here, and back in Princeton, that are ready to fight for a seat. I'm just excited to be back and be able to be part of that fight again."

A trip to a first World Cup is not something that happens often for the US. But with so much on the line this August in Linz, Austria at the final World Championships before the Tokyo Olympic Games, the Princeton Women's Training Center entered three fours of 12 athletes, eight of whom doubled up in pairs for as much experience as they could manage in a weekend.

When all the finals were completed, one of the three fours had earned a silver medal. Felice Mueller, Emily Regan, Gia Doonan, and Kristine O'Brien finished second behind The Netherlands and just ahead of one of the two Chinese crews that also rowed in the final.

Of the four crews that raced in pairs, Regan and Mueller added a bronze to their silver medals. Wanamaker and Reelick finished fifth; Mooney and Musnicki finished seventh. Huelskamp and Coffey were right behind them in eighth.

"I think racing went well, considering the trip was more about getting race experience than showing early season speed," said Mueller. "There wasn’t a lot of race preparation leading up to the regatta, so the fact that we got all three fours in the A final, two pairs in the A final, and two medals, with eight out of 12 people doubling into boats, is a success," she said.

The regatta was expected to be larger than it ultimately was. Of the crews that originally entered, 50 scratched before competition began. Seventeen of those crews were from Romania. The next scheduled FISA regatta is the European Rowing Championships, May 31 to June 2, in Lucerne, Switzerland, and that is expected to draw a large number of overseas crews.

The US is planning to enter a larger contingent of athletes for World Rowing Cup II in Poznan, Poland, June 21-23, but is not planning to enter training center crews for the final World Cup, scheduled for July 13-15 in Rotterdam, The Netherlands.

Regardless, the past World Cup allowed the US training center women the opportunity to race against crews - other than those they are training with at home in Princeton - and start allowing coaches to begin planning for selecting the team boats for this summer's World Championships.

"World Cup I was a good opportunity for the athletes there to get on the line multiple times and start the process in preparation for selection, and ultimately qualification, at this year's World Championships," said USRowing High Performance Director, Matt Imes.

"I’m really proud of how the team handled getting up to race five or six times in three days, and I think we all learned a lot from the experience, which we can take to future races," Mueller said. "This experience will be important for the team as we prepare for qualifying our boats this summer." 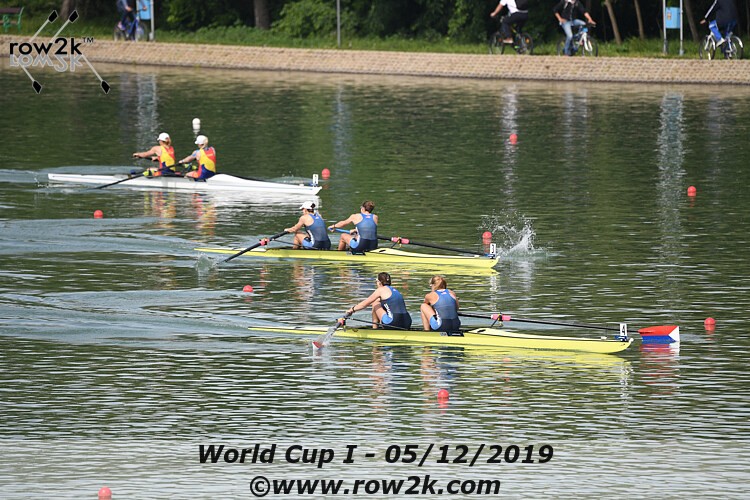 US women's pairs
back to top
World Championships Features