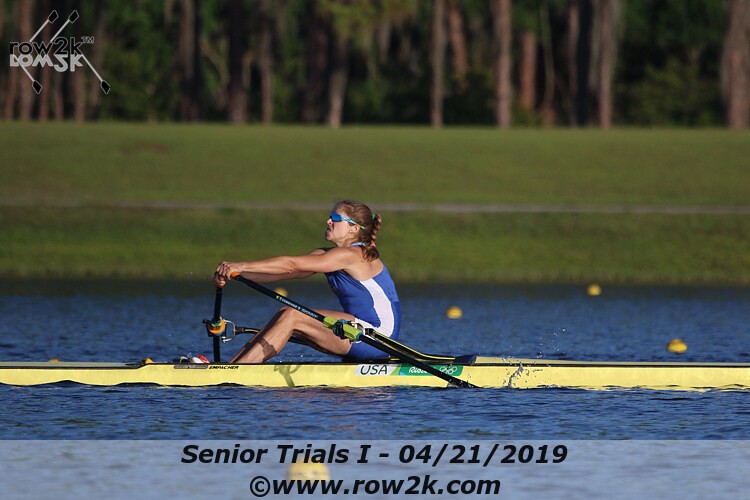 Gevvie Stone missed an international return at trials. She will try again for 2019 in the women's double.

The ride back to Boston from Sarasota, Florida, and the national team singles trials last month was a long, and "painful" one for two-time US Olympic sculler Gevvie Stone.

After losing in the final to Kara Kohler, and having her return to international competition this season upended - along with potentially her path to the Tokyo Olympics - there was plenty of time to think about what happened, and about what came next.

"It was a painful car ride," said Stone, who left international competition to begin medical residency after winning a silver medal in the women's single at the 2016 Olympics, but later decided to make a run at a third Olympics. "I had a lot of time to mull everything over with pretty much no distractions.

"Trials was disappointing," she said. "I had obviously hoped to win, but it was more disappointing in not feeling like I had performed up to my own standards in that final."

In the car for the trip home to Boston was Stone's coach, and father, Greg, and her Cambridge Boat Club training partner, Cicely Madden. Madden also raced at trials and finished third behind Stone.

They were both fit, had put in the training to get up to speed, so, it was not long before the idea that the two would begin rowing a double - and target this week's second national team trials that begins Thursday on Mercer Lake, West Windsor, NJ.

"I had already decided to pursue this (cycle), and I still loved rowing, and so it made sense to use that fitness towards another goal," she said. "The double was, in a way, a saving grace because as opposed to having a ton of time to dwell on what went wrong, I was able to hope into a different boat with a new focus, a lot of motivation, a lot of fire, and an awesome training partner."

The four-day event will be used to select three sculling crews that will race in the 2019 Word Rowing Championships in Linz, Austria, this summer including the women's double, and the men's and women's lightweight double. 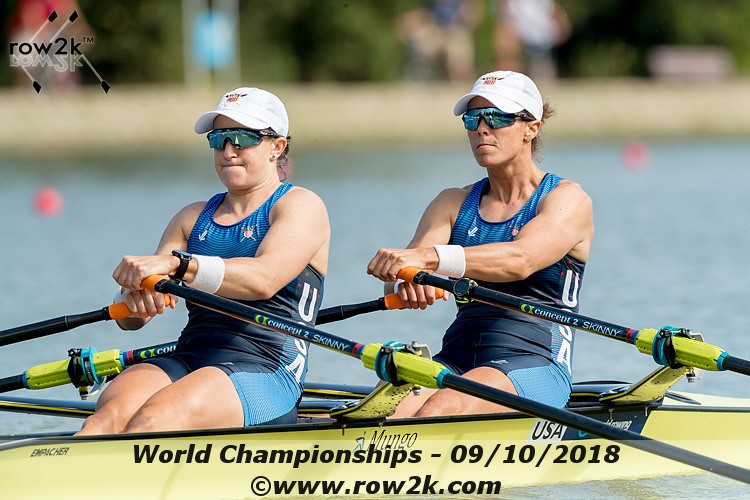 Of the three trials events, the women's double has the largest field with 14 crews competing; among them 2016 Olympians, Ellen Tomek and Meghan O'Leary, who have represented the US in the double since the 2013.

Tomek and O'Leary finished sixth in Rio and have medaled at the last two world championships - silver in 2017, and bronze in 2018.

"It's been a little bit of a rough year so far, but we're looking forward to racing," O'Leary said, adding that she has been dealing with injuries and health issues this winter and spring.

"It's been a little bit of a struggle through the winter and into the spring, and hopefully, I'm getting it righted. You always want to come into trials feeling like you are ready to perform, and I would say that this one is one that I wish I was feeling a little bit more ready for," she said.

"But, as always, we're excited to race, and it is obviously not our first rodeo. So, we will be relying on experience and consistency to carry us through."

Commenting on the number of crews entered to race, which includes three from the Princeton women's national team training center, O'Leary said the field is the largest she has seen for a trials regatta, and reflects the interest throughout the country in developing sculling.

"It's huge," she said. "Usually it's like half that, eight or nine. And so, to have 14, that's a lot. I can't remember when there was one this large. There are more clubs focusing on sculling, focusing on developing double athletes, quad athletes, singles, which is great."

O'Leary said trials is also an entry point for women who may want to take a chance at being selected for the 2019 quad, or an invitation to the training center.

"The way (women's head coach Tom Terhaar) is developing the quad, there is this development group being funneled in. So, I think there is just more focus on developing sculling. If you don't win, this is a step toward quad selection and it is also an entry point to the camp," she said. 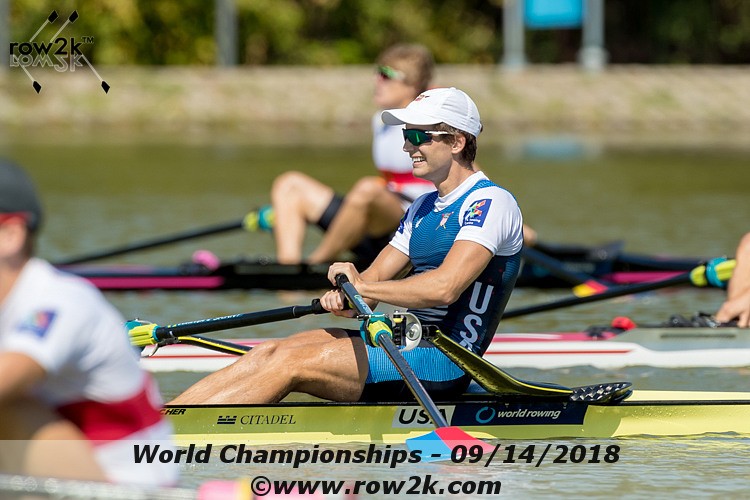 Andrew Campbell, Jr. will row at trials in the hopes of paving his way to a second Olympics next year.

With the 2019 World Rowing Championships serving as the qualification regatta for the 2020 Olympic Games, and the very real possibility that lightweight sculling could be eliminated from the program after Tokyo, these trials is particularly important for crews hoping to pave their way to the 2020 Olympic team.

Of the seven crews entered in the men's lightweight event, four of the athletes finished in the top five at the lightweight single Speed Order that was held the same weekend as open singles trials in Sarasota, April 21, including, Jasper Liu, Daniel Madden, Peter Schmidt, and Zachary Heese.

Rowing as an entry from Cambridge Boat Club is 2016 Olympian Andrew Campbell, Jr. and Nicholas Trojan. Campbell, who rowed to a fifth-place finish in Rio with former partner Josh Konieczny, took a year off from competition, and returned to win a bronze medal at the 2018 World Rowing Championships in the lightweight single.

Campbell has had his eye on a second Olympics since 2016, and used last year as a final test to determine if that was what he really wanted.

"This is a big step. This year is full commitment," he said. "Last year was kind of putting my toe back in the water to see if this is something I actually want to do. But after a solid performance last summer - I actually had a lot of fun doing it - I am committing hard now to making the double go and qualifying the boat for Tokyo.

"This being the first step, it's a really big deal. This is something I have been waiting months for." Campbell said he and Trojan, who rowed the lightweight single at the 2017 and 2015 World Championships, and the lightweight double at the 2013 World Championships, formed their boat out of a Boston training group last fall that included Matthew O'Leary and Tyler Nase.

O'Leary and Nase will be racing this week as a Vesper entry.

"Nich and I were kind of a natural fit because we row similarly and we decided to give it a go together," Campbell said. 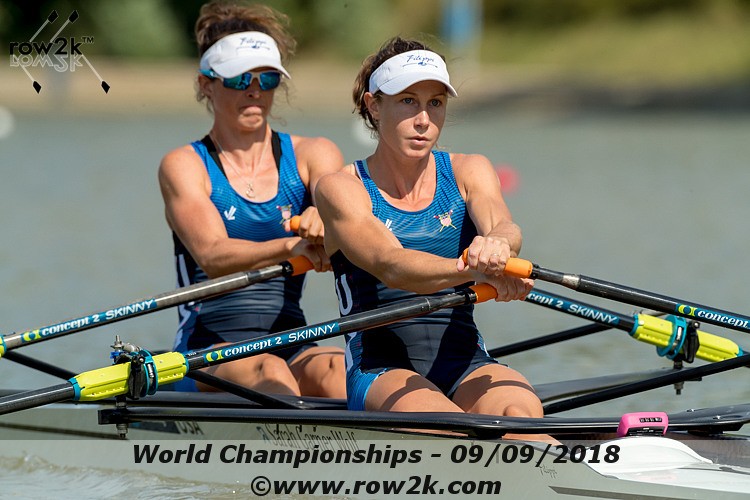 There are eight crews entered in the women's group, and like in the men's event, many have been moving around the country training and looking for the right partner. As of Tuesday afternoon, six of the eight crews have not submitted lineups.

The two that have include two composite entries; the Cambridge/Potomac entry of Mary Jones Nabel and Emily Schmieg, who won a silver medal at the 2018 World Championships; and the Hydrow Rowing/Vesper composite entry of Christine Cavallo and Michelle Sechser.

Cavallo and Sechser rowed in the April speed order in Sarasota. Sechser finished first and Cavallo was second.

"Trials is going to be really exciting," Cavallo said. "A lot of the lightweight women are collaborating to put doubles together, so the field is a lot deeper than last year's speed order, and that depth is really showing up to race.

"Across the board, it seems like everyone is fired up to race," she said. "All three trials events have boats that I'm really excited to see in action." 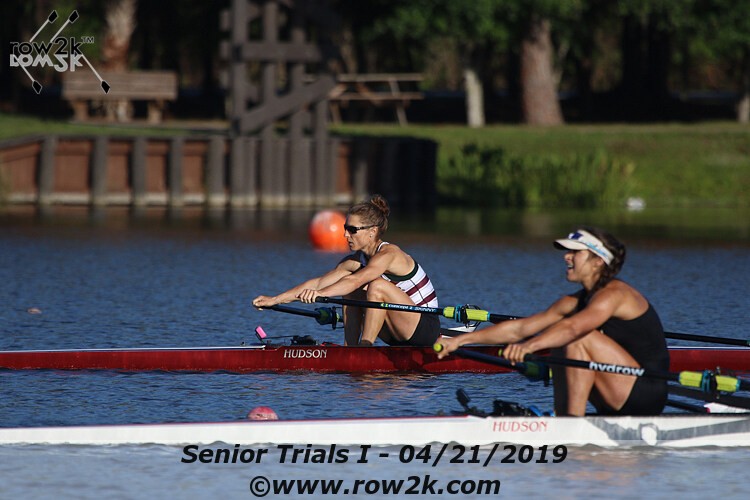 Christine Cavallo and Michelle Sechser racing in the April Speed Order in Sarasota.
back to top
World Championships Features