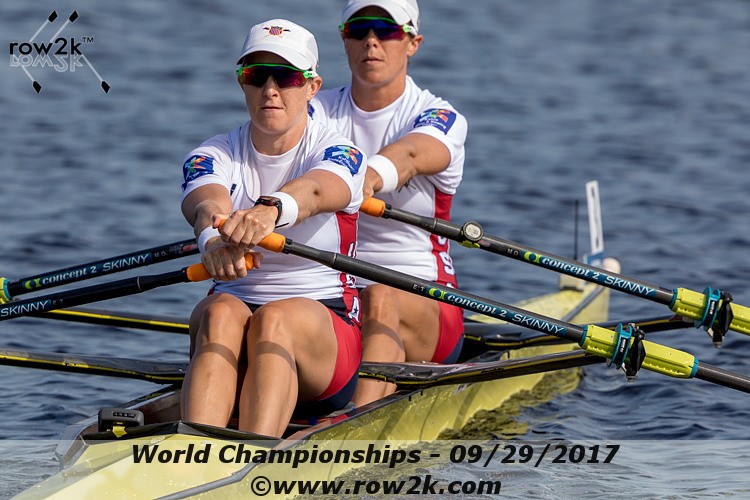 While the highlight of Friday racing at the 2017 World Rowing Championships was the beginning of the medal races, the early morning events were riveting in their own right and set the American squad for the rest of the championship weekend at Nathan Benderson Park in Sarasota.

Two US crews earned places in the finals of their event, including Ellen Tomek and Meghan O'Leary in the women's double, and Blake Haxton in the men's arms and shoulders single.

In other morning racing, Felice Mueller raced to the wire in the women's single but was edged in the final sprint by Austria's Magdalena Lobnig. The US men's double of Ben Davison and John Graves also rowed in the semifinal, but finished sixth and will row in the B final. 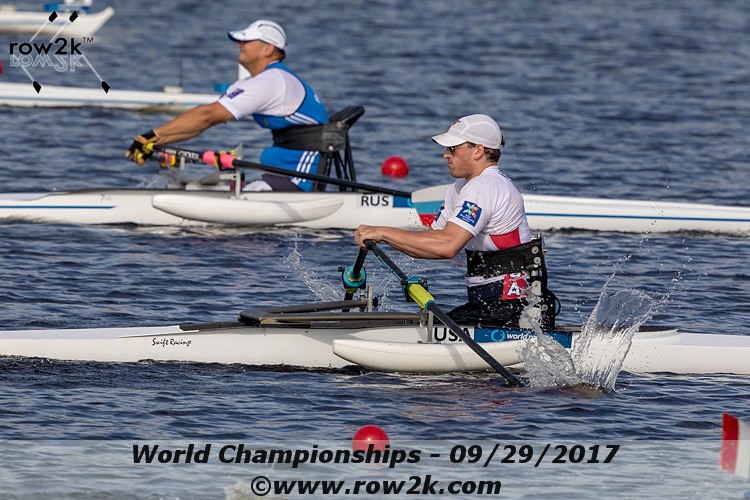 Blake Haxton advanced into the medal race in the men's arms and shoulders single for the third time in his adaptive racing career. Haxton rowed in third the length of the course settling in behind 2016 Paralympic champion Roman Polinski of Ukraine and Russia's Alexey Chuvashev.

Those three will be joined in the final by Australia's Erik Horrie, Andrew Houghton of Great Britain and Rene Pereira of Brazil.

"I felt like I've improved from the heat and the rep but definitely have a few more things to think about" Haxton said. "I'm excited for the final to just go get after it and see what happens." 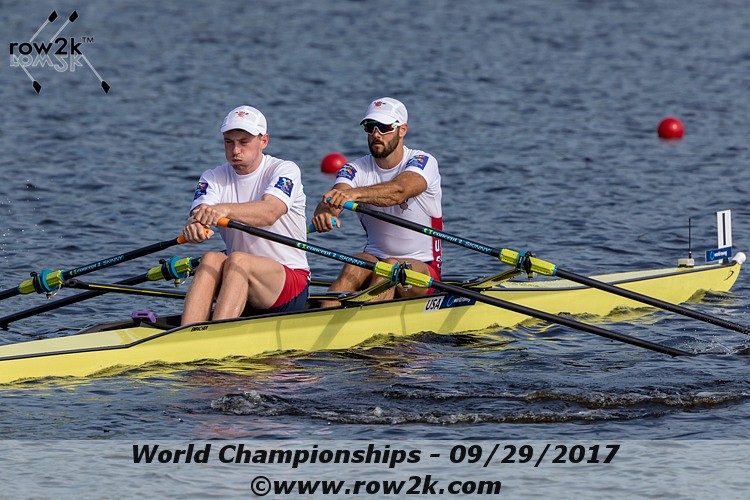 Ben Davison and John Graves never really got into a position to challenge for a qualifying position in their semifinal. "It was a tough, frustrating race," Davison said. "We know we're better than that, just today we didn't produce it. Those other guys were good."

Ellen Tomek and Meghan O'Leary have made the final in this event every year since they began rowing together, including the 2016 Olympics. Their highest finish so far was sixth in 2014 and in Rio.

In the semifinal, Tomek and O'Leary rowed out of third place in the first 500, to a commanding lead the rest of the way and have another chance at a World Championship medal in the Sunday final.

"We were really happy with our race today," Tomek said. "We feel like we are rowing well, so we just wanted to go out there, stay relaxed, and row the fastest 2K we could. Fortunately, that put us at the front of the pack.

"This year, we have been working on bringing race-day scenarios and nerves into everyday practice. That way, when we got to Sarasota, we would be prepared for whatever came our way. Our plan for the final is to go out there and execute just like we have been practicing all year. Nothing new, just relaxed, effective, and fast." 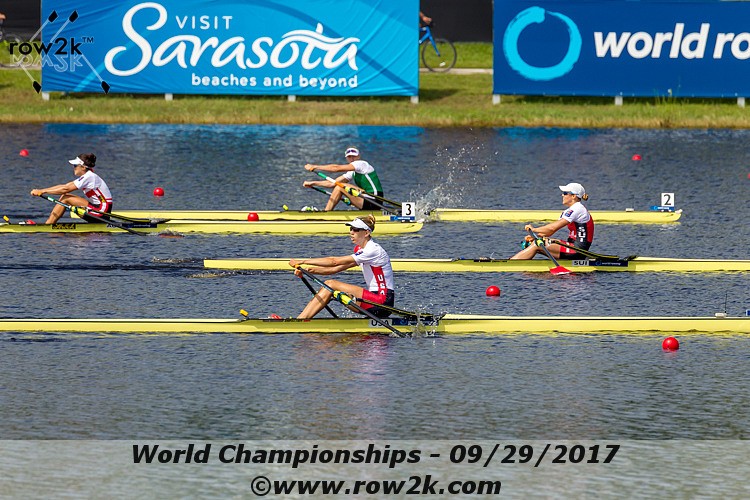 Felice Mueller bobbled the start in her race but soon rowed into second before the second 500 meters. Racing in a tight pack, Muller stayed in second but was passed in the sprint to the line by Austria's Lobnig.

In Other US Racing Today

Men's single sculler Nick Trojan finished off his week at the World Championships with a fourth-place finish in the B final, to rank 10th overall in of 30.

The lightweight women's quad with Kathryn Schiro, Cara Stawicki, Jillian Zieff, and Jennifer Sager won the B final in their event and finished seventh overall.

Michael Clougher raced in the D final of his event. He won and finished 19th overall.

Peter Schmidt and Chris Roger and finished fourth in the C final of the lightweight men's double and posted a 16th overall finish. 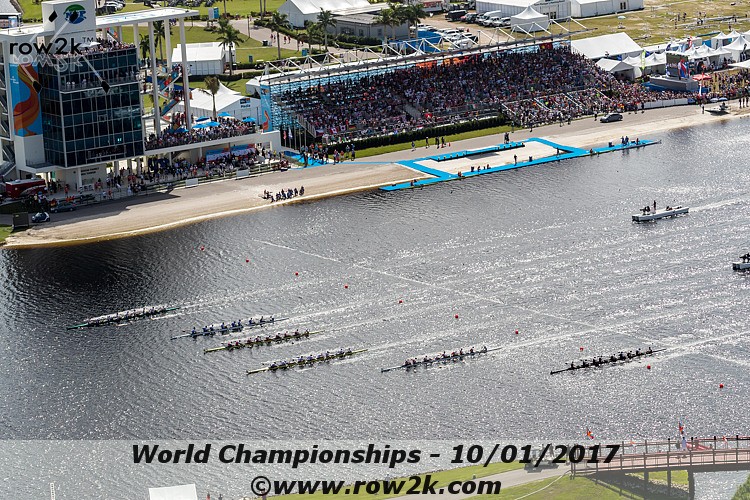 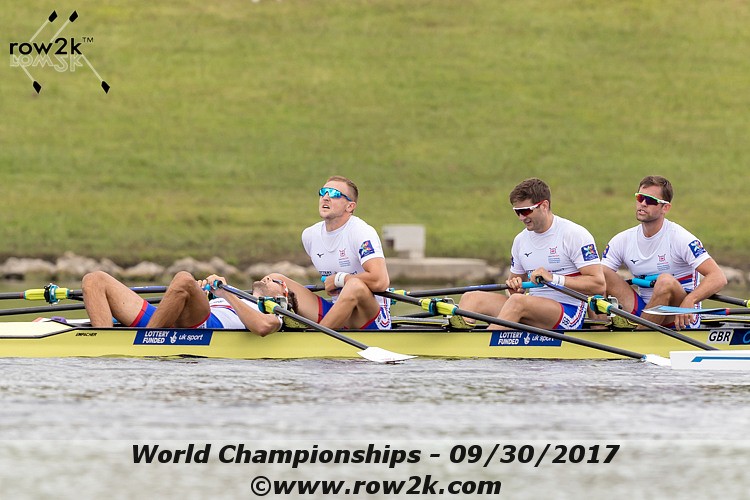 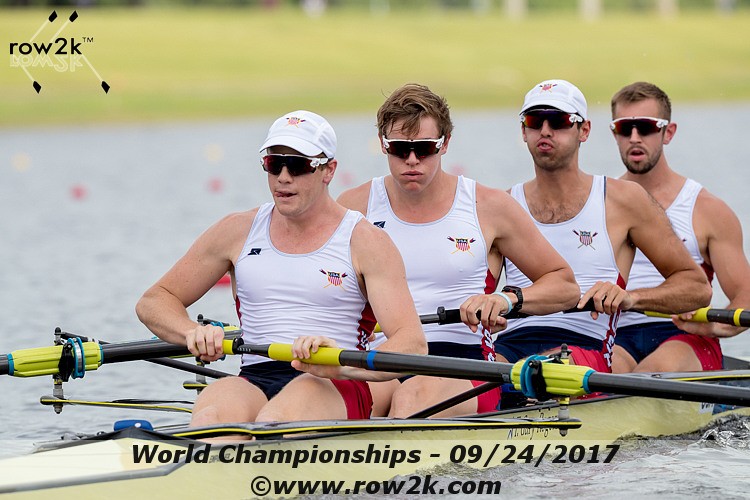 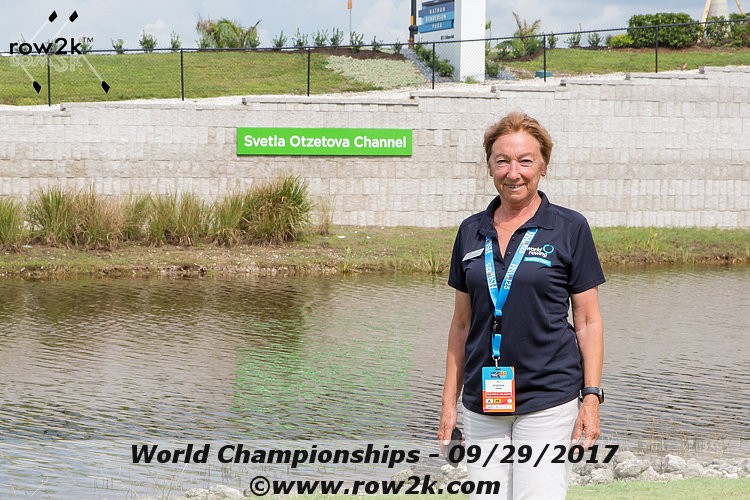