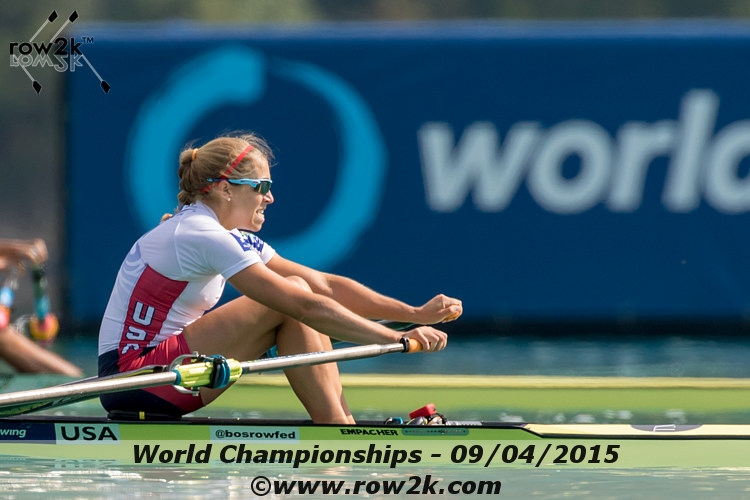 Worlds Friday: Semifinals Crunch TimeThe semis of the women's and men's doubles, the light men's four, and the men's and women's singles were contested today, and there was a lot of interesting stuff going on all around.     » more 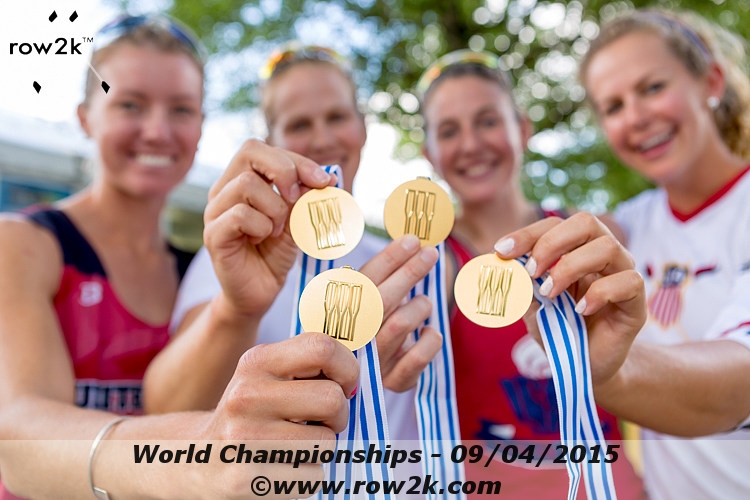 USA Women's Four: A Win by DesignIt's rare to see a crew get out to a 2.5 length lead on the entire field, but that is what the US crew did in both the prelim and in the final.     » more 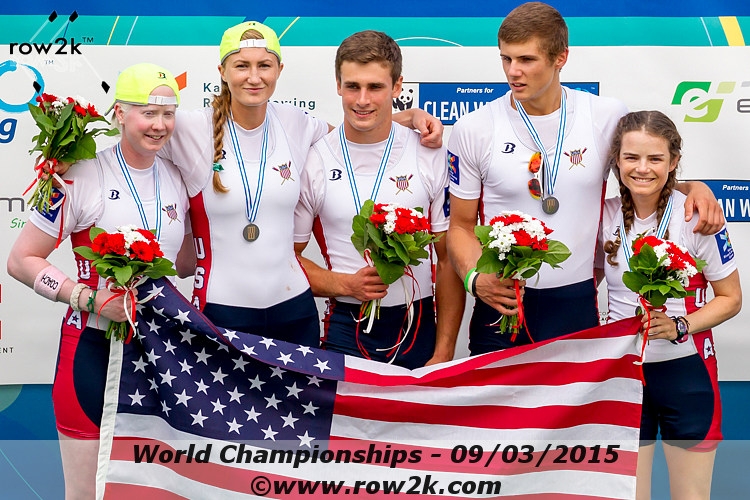 Worlds Para Finals: Para-Powerful!The first World Champions of the year were crowned today as the first day of finals closed out with the four Para-rowing events with a heap of really close races and a few thrilling photo finishes.     » more 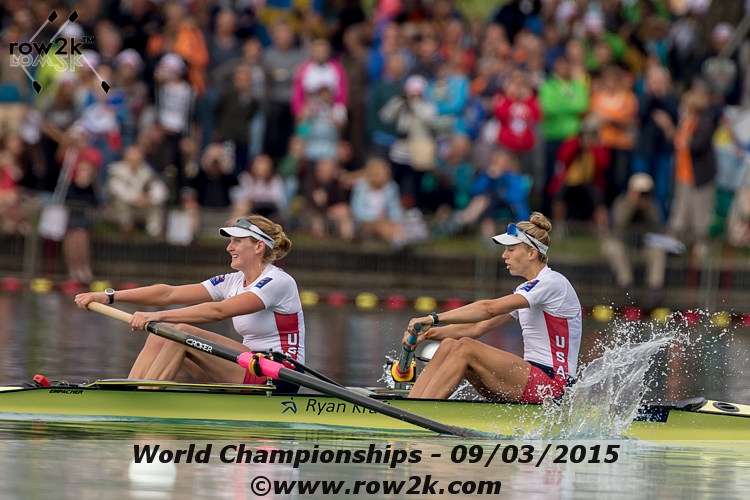 Worlds Thursday: Bust a Move for RioA huge batch of Olympic qualifier spots were booked today. As you would expect, it made for some furious racing—-and would be some incentive to blast off to a huge lead for sure.     » more 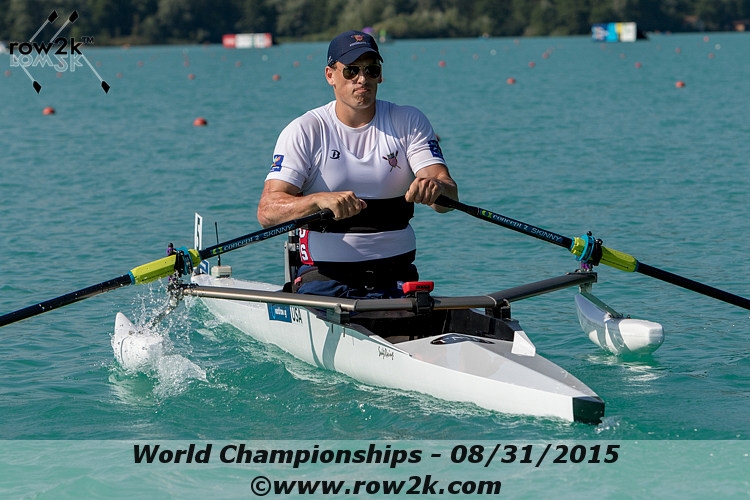 Blake Haxton: 'We Learned a Ton This Year'row2k talked to men's para-rowing single sculler Blake Haxton after his fifth place finish about his progress over the past year and his qualification of the boat for the Rio Paralympics in 2016.     » more 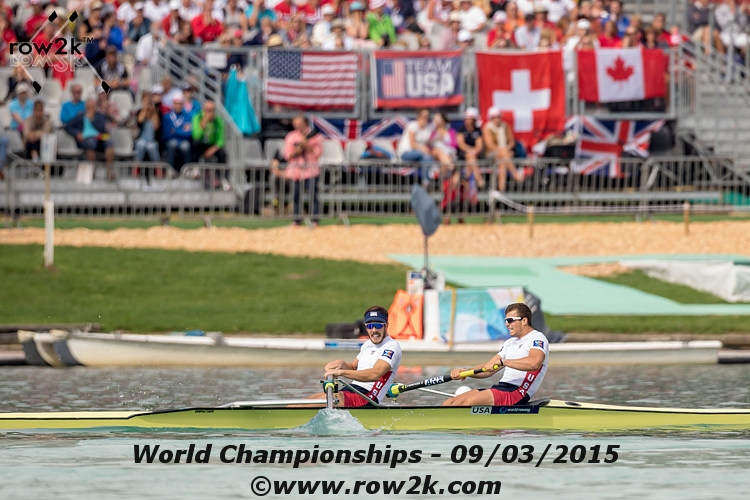 Mike DiSanto: Boat ChemistryUSA M2- rower Mike DiSanto is described by his partner Tim Aghai as "cool and collected;" row2k spoke with DiSanto to get his thoughts on the pair's obvious boat chemistry.     » more 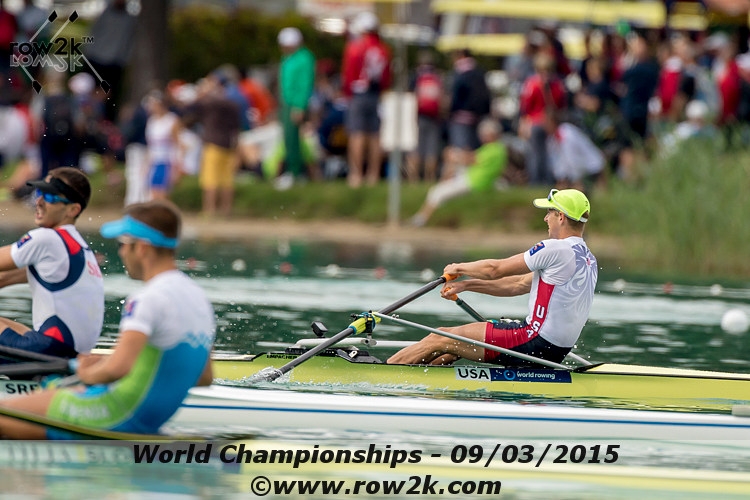 Lightweight Singles: From Anywhere in the FieldBoth USA Lightweight scullers, Nick Trojan and Kate Bertko, qualified for their A-Finals in today's semis, but they did it in radically different ways.     » more 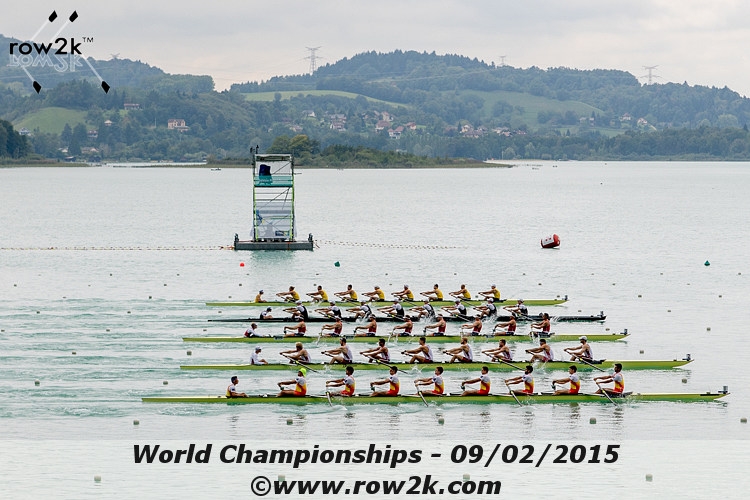 Worlds Wednesday: Elation and HeartbreakToday was heartbreak Wednesday at the Rowing World Championships as countless crews had their Olympic qualification hopes dashed in today's semis, quarterfinals, and reps.     » more 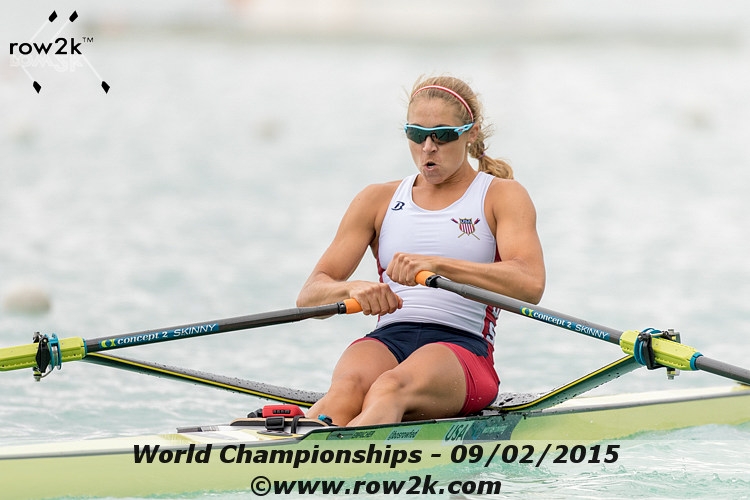 Gevvie Stone: Pacing for your PlacingAfter what seemed like a tentative start to the regatta in the heats on Sunday, US sculler Gevvie Stone looked much more on form today.     » more 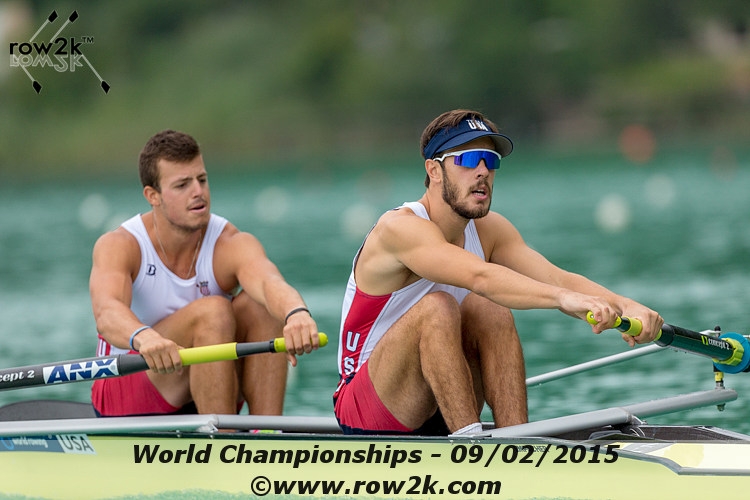 US Men's Pair Winds It Up on WednesdayIn what might have been the most inspiring race by a US crew of the day, the US men's pair of Michael DiSanto and Dariush Aghai lined up against the dominant Kiwi pair, the Dutch pair, and a batch of solid contenders     » more
Pages:
1
2
3
4
» next page
back to top
Our Past Coverage