The US eight did not allow for much guessing once the race got underway, pushing out to a lead early and controlling the race from there, then extending to almost open water.

With the win in the eight, the Princeton Training Center women took medals in every boat they entered - the women's four won gold, the women's pair bronze, the quad gold again, and the eight gold still again. 19 athletes won 19 medals, 17 of them gold.

"We executed the race exactly like we wanted to execute it, and that was unbelievably exciting for me and I think for everybody, but really this race was all about our team," coxswain Katelin Snyder said. "The quad performed, the four performed, the pair performed, and they inspire us every day, and I think we all went out there to build off of what they have already done in this regatta." 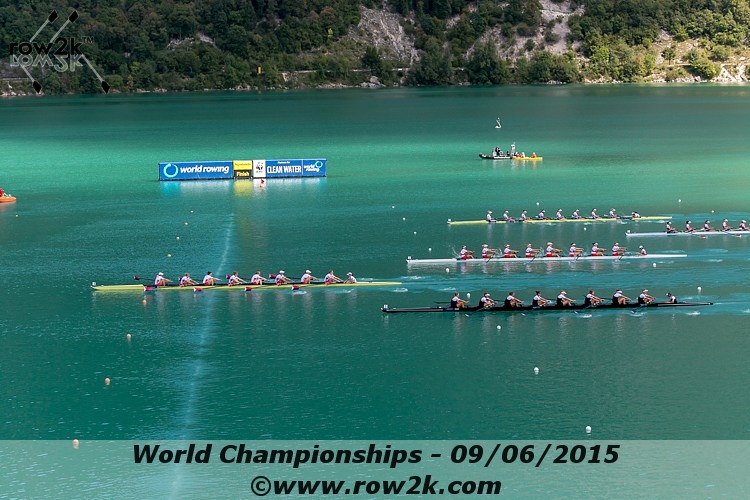 "There was a call for our teammates and I could feel the boat just go," stroke Heidi Robbins said.

US two-seat Meghan Musnicki admitted that the crew was aware of the streak, but did not focus on it in part due to the fact that the lineup of the crew has changed so much over time that each crew has its own challenges and goals.

"We have been aware of it, and everybody talks about it, but one of our goals as a team and a boat is to not focus on the noise that's going on around you, because you can get really caught up in it," she said after the race. "It doesn't matter, because it's about what we can do as a boat of nine this year. All of the women before us, that was what they could do as a boat, and we just wanted to come together today and see what we could do as a group of nine. If number 10 came then great, and it did."

Even with a few consistent oarswomen, we have seen different race profiles from the US crews the past few years, and Musnicki says there is still plenty to learn and work on even while gaining confidence from past results. 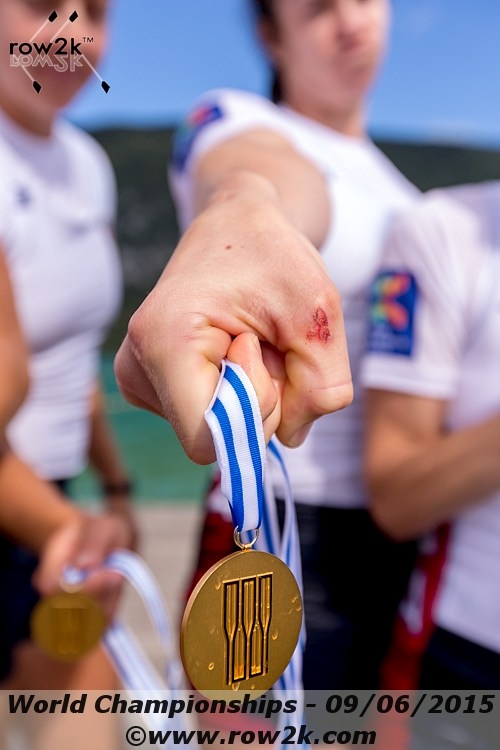 The reward for the toil

"It has to do with the confidence you build over the four year quadrennial," she said. "The depth on the squad is phenomenal, so you're switching lineups over and over and over. There's a chance that when you line up for a heat that it's the first or second time you've ever done a straight 2K with that boat of nine women. It comes down to pushing your limits and trusting in the work that you've done leading up to it, and also trusting the other women that are in the boat with you."

Thinking back on the race, seven-seat Tessa Gobbo said that "Rowing is an offensive sport, there's no defense - it's true! We stayed in our race plan, and it was close, but as happy as we are to make this ten-year happen, you take it one year at a time."

Six-seat Kerry Simmonds was in the pair with Megan Kalmoe last year, while this year they ended up in different big boats, in which both won gold medals. I asked Simmonds how her experience differed from last year.

"I knew I'd get this question today!" she said. "We train so much in pairs that it's kind of special to get that horsepower that the eight brings. Obviously there's more people and more personalities, but it can make it more fun. You feel a lot more people when they get going together. "

In a pair, there is often a lot of communication between the rowers, which is not always the case in the eight. I asked Simmonds if she has kept up her old pair ways.

"I talk to Tessa (seven-seat Gobbo), we totally have conversations in the boat," she said, joking (I think). "We had just one word before we started, I said Tessa this is a celebration of all our training, all the people that came before us, so let's celebrate and just leave it all out there."

More than anything, many in the crew pointed to the athletes who came before them, including those who were in one of the 10 winning boats, but even rowers from decades past. 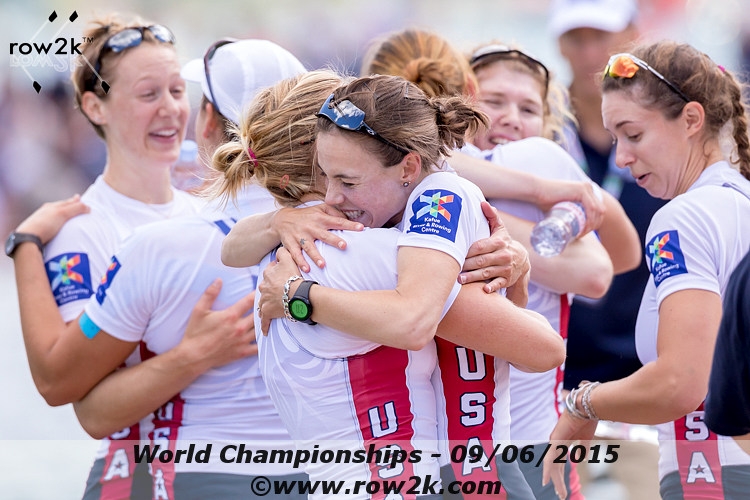 "I think for me that this is a product of Carol Brown, and Anita DeFrantz, and Joan Van Blom, and everybody who came before us and made it possible for us to be here today," Snyder said.

"And Caroline (Lind)!" Emily Regan yelled. " How many people have been in the eight over ten years? It's so many people, and even before ten years."

"It's not just us," Amanda Polk said. "We just have a great team dynamic, our coaches are awesome, they know exactly when to push us and when to talk to us and give feedback. It's just a great dynamic and a group effort. "

After the race, the crew tossed Snyder so high that she disappeared from the frame on two wide-angle cameras - a toss that had her feet almost ten feet in the air, a toss worthy of ten years of winning. 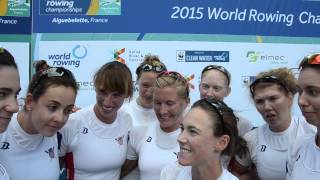