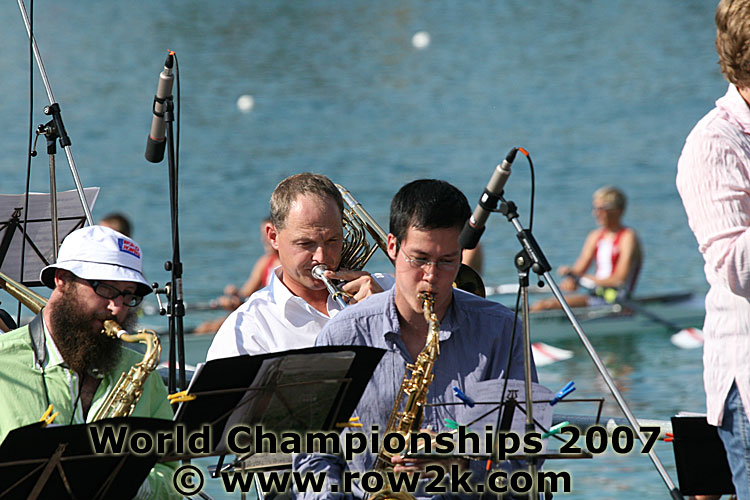 The band at the Opening Ceremonies

At this writing late on Saturday, the draw and start lists had just become available; see them here:

Conditions at the racecourse look very good presently, and have been so all of the past week; winds are light and the lanes are fair; the organization is good, and everything seems ready for racing.

A couple notes on the eve of racing: