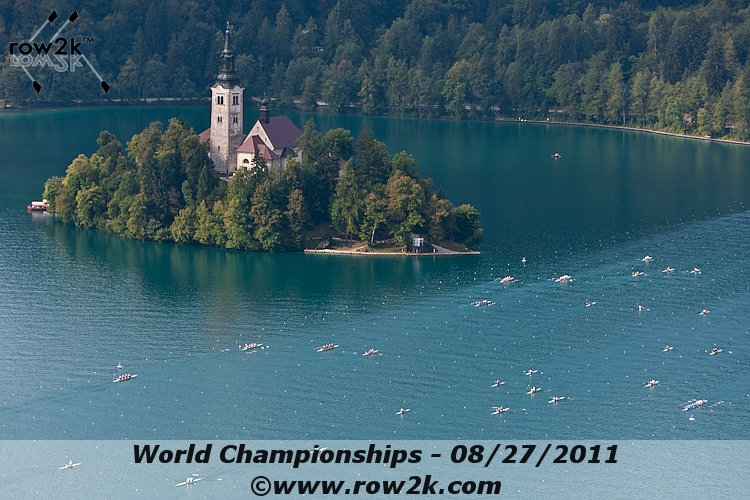 "Olympic qualifying" -- you've seen it referred to in a lot of press releases and blogs as we head into the 2011 Worlds, and it add some pretty hefty extra weight to the proceedings in Bled this week. Of course, we all like to follow the crews headed to the A finals, and much will be made of the number of medals each country takes home, but make no mistake, the coaches and athletes convening in Bled will be judging their success or failure much more narrowly: on the tally of spots they manage to snap up in the 14 Olympic events.

The pressure is really on for crews from the USA and Canada who, like the European countries, have just two chances to qualify for the Olympics: the World Championships and then the Final Qualification Regatta next summer, where crews have to finish very high--top 2 in most cases--against every boat in that class still looking to punch a ticket to London 2012. Latin America, African, and Asian countries have their own regional qualification regattas, but count on the top boats from those regions to be looking to get the job done in Bled so they can focus on a full year of preparation for the Olympics.

Even the athletes in the non-Olympic events at Worlds have a stake in the race for qualification spot: crews that miss here in Bled will have face an early selection timetable in 2012 to be ready for that Final Qualification Regatta. An earlier naming date, and the chance of not having an Olympic spot at all, would be bad news for every athlete hoping for a full season to shoot for a spot in an Olympic boat, especially on the lightweight side with--at most--just six men's seats (4- and 2x) and two women's seats (2x) on the Olympic programme.

Why the need to qualify? Simple math: the IOC limits the size of the Olympic regatta so FISA is charged with selecting a limited number of crews for each event. When you combine those limits with the IOC's drive for inclusion and representation, you wind up with a system that selects the top-performing boats from a full World Championships, then a set of regional opportunities for the historically underrepresented nations. After all that, there is just a handful of spots left to fight over at the Final Qualification Regatta. The process--which is outlined here--makes the bar a high one: no C Finalists get a chance to qualify, so the stakes are high for every race, even in the earliest rounds.

Some US crews have already placed within that "magic number" this year at Lucerne's World Cup, and so being on form should be enough for crews like the men's and women's eights, the men's four, and the women's quad and pair. Other crews from the US will have to perform significantly better to improve their placing and get into a qualifying spot. The Men's quad is a good example: just 13th at Lucerne, the crew was reorganized, absorbing the double--which had been also "on the bubble" in Lucerne, in 11th place--to put a stronger effort forward in Bled. Ironically, this move opened the door for the Graves brothers to win the doubles berth at trials, sending a duo to Bled who finished 7th last year in Karapiro. A similar showing would be enough to qualify the 2x.

How seriously do you have to take qualifying? We've seen a few examples of extreme measures over the years, starting just this week with Canada's decision to boat an uninjured LW2x to make certain that could get the top 8 finish they need to put their healthy 2010 World Champion due of Cameron and Jennerich into the Olympics. Cameron is healthy enough to race the 1x, but the idea of risking a low placement or facing a withdrawal made keeping her in the 2x too risky.

Canada's late switch shows that even heavy favorites for the podium don't take qualifying for granted. To go back an Olympiad or two, we saw the smallest of rough patches in the 2003 Milan Worlds final put the USA women's eight, then the defending champ, back in a battle with Belarus for the fifth and final spot. A gutsy race secured them a spot for Athens, where they would win Olympic silver, but all hope of the podium went out the window when they dropped from second place in that second 500. Safe to say that US coxswain Mary Whipple remembers that race, and that even her 2011 US eight--they of the five straight gold medals since 2006--will be making the top-five finish they need job one in their final before they set about looking for another win.

Failure to qualify can have some pretty dire consequences, too, because the margin for error next year will be slim--and there is an added wrinkle. This year, crews are qualifying the boats, but not the athletes, who remain eligible for any crew, or none, as individuals next year. Any boat qualifying during the Olympic year itself has to race with same line-up at the Games. This can present some problems, as the US men learned in 2000: a rough go in the men's four during the 1999 Worlds, and the pressure to have both boats qualified, ultimately required breaking up a US men's eight on a three year unbeaten streak. The US did come up with a straight four capable of winning a spot at the last chance qualifier, but neither the four nor the eight reached the podium in Sydney.

So, placing will matter in Bled, and folks will be racing for every possible qualifying spot throughout. You can also be sure that the shockwaves and second-guessing will start as soon as any crew fails to make those crucial A/B semis--and that will be as big a story at this Worlds as the medal count. 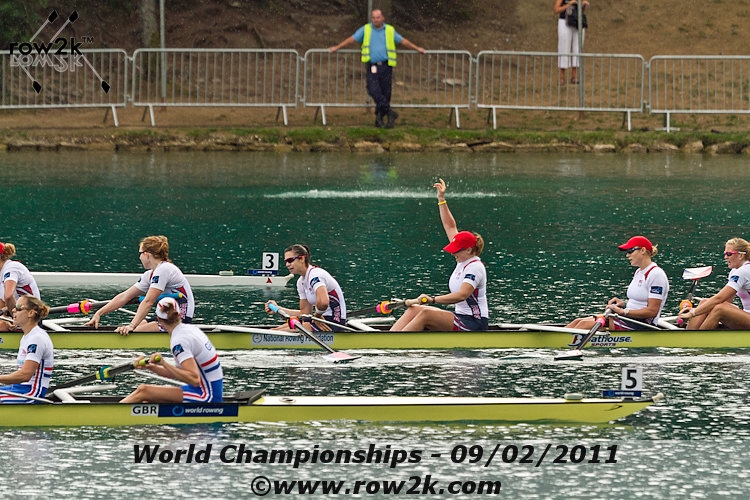 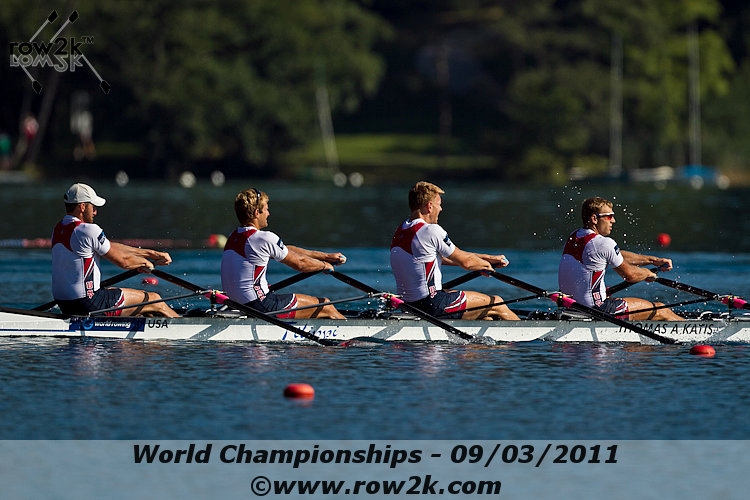 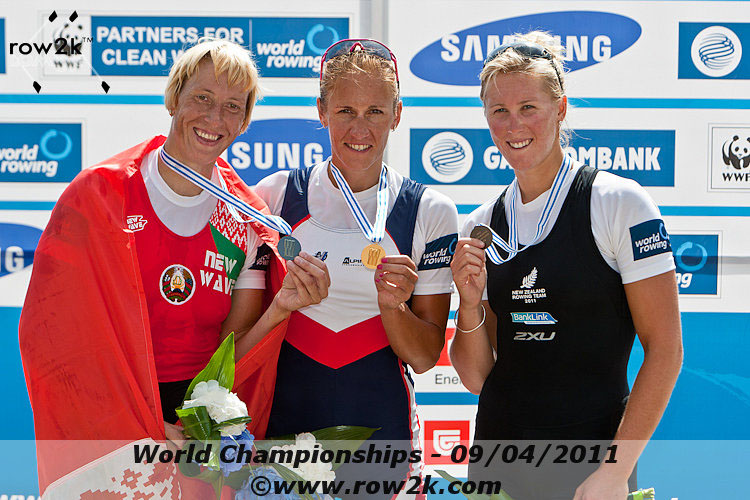 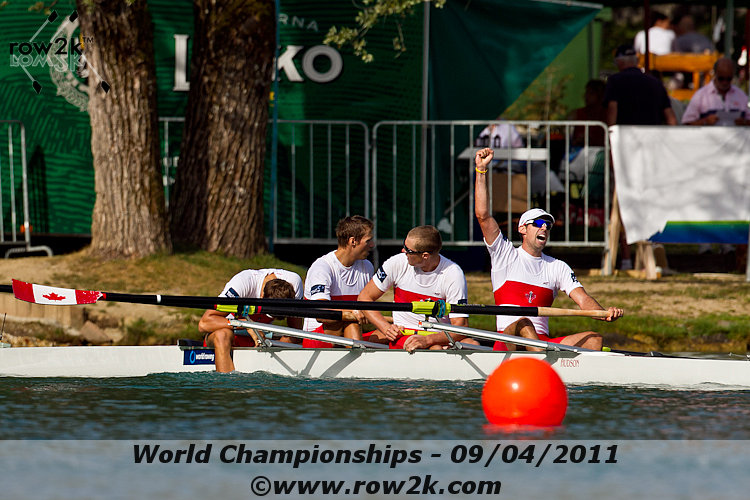