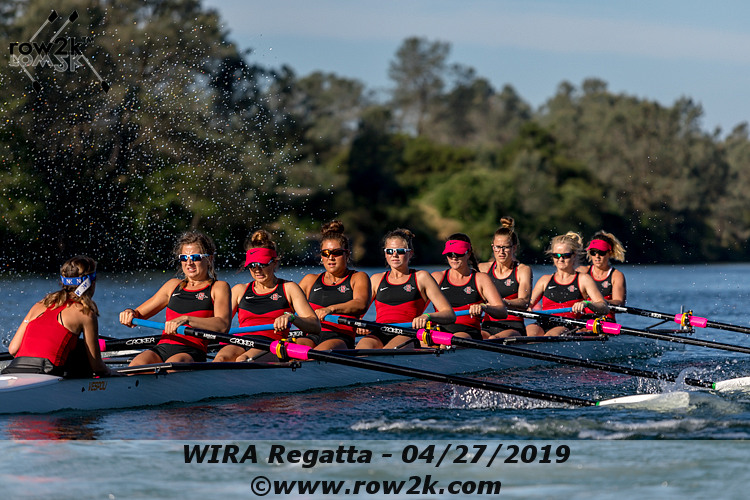 2021 Outlook - "Unfortunately, San Diego State University abruptly announced on November 20 that they are discontinuing the women's rowing team at the end of the 2020 - 2021 academic year. The team is exploring different avenues to contest the decision itself as well as the flawed and deceitful process that was used to arrive at and implement the decision. Despite that obstacle and the specter of the COVID-19 pandemic, 32 student-athletes are on campus and participating during the spring semester. Following California Guidance for Institutes of Higher Education, and with the approval of County of San Diego health officials, the team is able to follow stringent protocols and row in team boats.

"Competition will begin on March 20 with a trip to Los Angeles to face USC. The team will compete in the virtual version of the San Diego Crew Classic and then host races on Otay Lake in Chula Vista, home of the Chula Vista Elite Athlete Training Center. Those races will be the dual meet with UC San Diego for the Patty Wyatt Perpetual Trophy and a three-team race with UCLA and USD. The American Athletic Conference Championship is scheduled for Oak Ridge, Tennessee on May 16."
-Head Coach Bill Zack

2020 Outlook - "The Aztecs are looking forward to a strong spring season building on a solid foundation. Over the summer we had one person at U23 selection camp, one at U23 ODP camp, and one at U23 development camp. This is a very experienced team with eleven seniors and eight juniors. But there is an infusion of youth as well, particularly with Australian U19 international Emmie Frederico and transfer Clare Botterill from Calgary Rowing Club. We are excited to add Alyssa Lamb as an assistant coach, looking to capitalize on her experience as an all-Conference rower in The American and World University Championship bronze medal for Team USA. The racing season is highlighted by dual meets with UCLA and USC, the San Diego Crew Classic, WIRA, and The American Athletic Conference Championships on Lake Natoma."
-Head Coach Bill Zack

2019 Outlook - "The spring season starts with a scrimmage with the University of Minnesota at the Elite Athlete Training Center in Chula Vista on February 9 and culminates with The American Athletic Conference Championship in Oklahoma City on May 19. Key regular season regattas include the Hornet Invitational, the San Diego Crew Classic Jessop-Whittier Cup, and the WIRA Championships. The team training has been bolstered by adding some sculling equipment to the fleet and a refurbished indoor training facility. A large number of the team rowed over the summer, highlighted by rising sophomore Hannah Broadland winning the elite eight national championship and a bronze medal with Team USA at the World University Championships. The freshmen class is making many key contributions in all of the NCAA category boats. The team is very focused on a breakthrough performance at the conference championship. And we would like to have similar academic results to 2018: five CRCA national scholar-athletes and 28 American Athletic Conference all-academic honorees."
-Head Coach Bill Zack

2018 Outlook - "The San Diego State Aztecs had a strong fall season, winning both the San Diego Row for the Cure and the San Diego Fall Classic. The seven seniors are setting good examples for the entire team and helping to keep the excitement level high for the 2018 American Athletic Conference championship in Cherry Hill. The freshman class has added a lot of energy and talent with a couple of rowers in the mix to make the first eight. After three scrimmages in February, the first official race will be against UCLA and Stanford. Dual meets will include Sacramento State, St. Mary’s, Kansas State, LMU, and UCSD. The two multi-day regattas on the schedule are the San Diego Crew Classic and the WIRA championships."
-Head Coach Bill Zack

2017 Outlook - "The Aztecs are excited to enter the 2017 racing season with their sights set on podium finishes at The American Athletic Conference Championship on May 13. Racing the championship on the 2017 World Rowing Championships course in Sarasota adds to the excitement. The freshmen in the class of 2020 have added a lot of speed to the team and the fall saw a number of very talented walk-on athletes join the team as well. After starting the season with a race against UCLA and Stanford, San Diego State will test themselves at the Hornet Invitational, the San Diego Crew Classic, and the WIRA championships in addition to a slate of dual meets and scrimmages."
-Head Coach Bill Zack

2016 Outlook - "The 2016 spring season for the Aztecs should feature a faster and deeper team. Seventeen of the twenty-three women who competed in the NCAA events at the 2015 American Athletic Conference are back on the team and are posting faster times on the ergometer and better performances in the weight room. Talented transfer Tara Montgomery joins key returners such as senior co-captain Steph Schulman, juniors Christa Carillo and Alyssa Lua, and sophomores Sara Avery, Gina Bourke, Brynn Danvers, Hannah Gasser, and Izzy Paul. They are bolstered by a strong freshman class that includes former Australian junior international Maddie Bernard, multiple Australian state champion Hannah Norris, Youth National Championship competitor Lauren Mitchell from Sarasota Crew, ultra-marathon runner Ema White, and a host of other contenders for the top boats.

"The spring race schedule includes a nice mix of dual meets as well as large regattas. Following the traditional San Diego schools plus OCC scrimmage, the dual meets include LMU, USC, UCLA, Sacramento State, St. Mary’s College, Alabama, and UCSD. The large regattas are the San Diego Crew Classic and the WIRA Championships. The American Athletic Conference regatta will be held on Lake Natoma outside of Sacramento, the first time the AAC has been held in the Western time zone. The Aztecs are building toward improving on last year’s championship results with a goal of getting all crews onto the podium and challenging for the conference championship and the AQ spot in the NCAAs."
-Head Coach Bill Zack

2015 Outlook - "San Diego State is excited to be competing in The American Athletic Conference this year. The conference championship is on May 17 in Lake Mercer, New Jersey. The Aztecs will have their first eight race in the Knecht Cup in April so they have an opportunity to experience the travel to New Jersey as well as a dress rehearsal on the Lake Mercer race course. Other highlights of the spring racing season are the San Diego Crew Classic, the WIRA Championships, and dual meets with UCLA and LMU.

"Last year San Diego State was one of the most improved DI teams in the country. That theme continues this year with a great freshman recruiting class that includes talented athletes from California, New Zealand, and Canada. The team also has a new eight and two new fours as the fleet gets modernized. A new strength and conditioning coach has really been helping the team improve. In the classroom the team achieved a 3.14 overall GPA in the fall semester."
-Head Coach Bill Zack

2014 Outlook - "The themes for the Aztecs in 2014 are change and improvement. The new coaching staff has implemented a host of new things since arriving in the summer of 2013. There is a new conference alignment (Conference USA), a new school logo, new blade colors, new uniform design, new boats, new oars, new coxswain electronics, a new approach to technique and training, and a new team culture based in part on Coach Wooden’s Pyramid of Success. The team has embraced the new approach toward the sport and has already demonstrated a lot of improvement on the water, in the weight room, and in the ergometer facility. The revamped team has impressed a lot of people, including a very strong recruiting class for the fall of 2014.

"The team will start off with a scrimmage against the other San Diego schools and OCC in February before heading up to UCLA in early March. The traditional dual meet with Sacramento State will also include C-USA opponent Alabama. The WIRA Championships in Sacramento will be an important regatta as the team prepares for its inaugural competition at a conference championship. The C-USA regatta will be in Oak Ridge on May 17. And individual accolades are already piling up as over 30 members of the team have earned SDSU scholar-athlete status."
-Head Coach Bill Zack 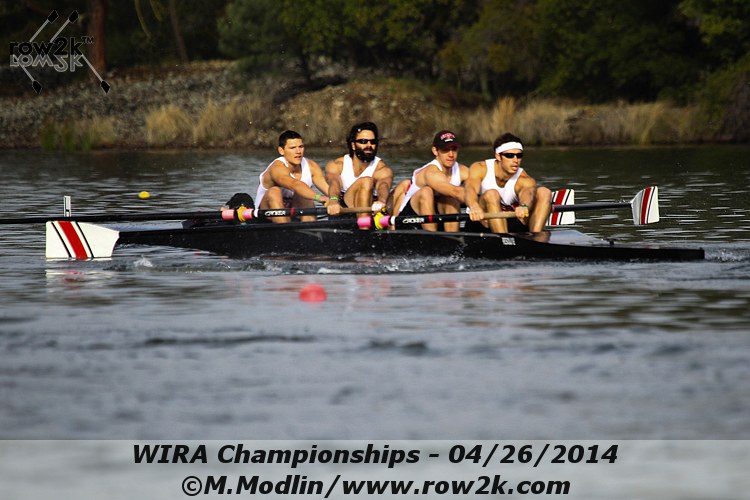 2015 Outlook - "The San Diego State men are looking forward to a positive 2015 spring season. The team is rebuilding its equipment along with planning for the the future replacement of aging equipment. Under the new leadership of head coach Toby Johnson, and with the help of 2nd year novice coach Julia Gamache, the team is poised on improvement from previous years."