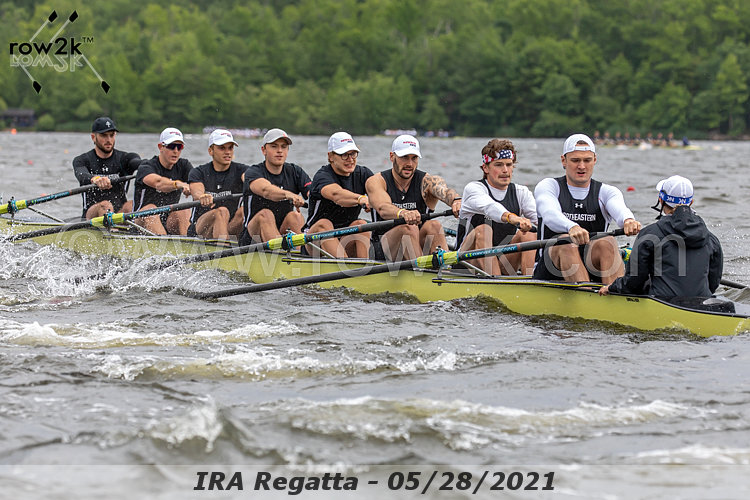 2022 Outlook - "The athletes on this team are working hard to overcome a wide range of challenges, including continued COVID interruptions, a new leadership structure, and an extremely young roster. There are just 4 returning athletes from last year’s 1v and 2v combined. This has presented opportunities for younger athletes on the team to develop into leadership positions on the squad, and, to compete for seats in more advanced events relative to their prior experience.

"The program has a very challenging and exciting racing schedule for the upcoming spring, including an early-season trip to California for interconference competition. The EARC looks to be as densely packed as ever, and the team will need to respect this league’s standard with a relentless approach through the racing season in order to realize competitive success."
-Head Coach Justin Jones

2021 Outlook - "Since last August Northeastern University has done a remarkable job of navigating the COVID-19 challenge. All students are COVID tested 3x per week and the protocols for preventing transmission of COVID, contact tracing, and quarantining have proven to be very robust and effective. All students, including student-athletes, have had and continue to have the option of learning in-person or online. About 80% of our team has opted to return for in-person on-campus learning and team training.

"We made all training during the fall season optional and focused mainly on small boat rowing and endurance training. Our boathouse is about 5 miles from campus and we saw a solid number of oarsmen biking down to the boathouse 3-6 days per week to train. The fall season proved to be great from a development standpoint and we’re going to take a hard look at whether or not the traditional approach to the fall (i.e. head racing, team practices 6 days per week) is really the best thing for the development of a college racing team that aspires to peak over 2000m in June.

"We resumed all-team training on January 23rd – we got on the water once before the river froze but it was a fun outing! We’re now in the throes of some of the traditional winter training work that New England rowing teams know so well. We operate in two groups and all training and activity is “masks on all the time” with athletes appropriately spaced out with additional air-handling and air-cleaning measures in place. We’re incredibly proud of the team’s attitude and effort, and, we’re grateful for the opportunity we have to continue to build our culture and train at a high level. Our co-captains Rex Berger and Braeden Camp continue to demonstrate steady and inspiring leadership and the team is making measurable progress. We’re committed to doing everything we can to give our athletes, and in particular our great group of seniors, a meaningful rowing season this spring."
-Head Coach John Pojednic

2020 Outlook - "The squad is taking shape for the 2020 season. The athletes in the arena know what they need to do to realize their competitive goals and are beginning to lean into these challenges."
-Associate Head Coach Justin Jones

2019 Outlook - "The team has done strong work up to this point and is preparing to use a challenging regular season to build momentum into the championship portion of the spring."
-Assistant Coach Justin Jones

2017 Outlook - "A year ago I said in this forum that we still had a long way to go as a team, and that proved true. While we were coming off medal-winning performances at the Eastern Sprints in both the Varsity and 2nd Varsity 8+ events in 2015, we had also graduated a deep and strong senior class. There was an assumption that we’d be able to build off of that in 2016, however, the pieces weren’t really in place for that to happen, both athletically and culturally. I was proud of the team we had developed by the 2016 IRA, but it took all year to get to that point. The Men in the Arena knew that finishing 7th nationally was probably the best we could have done, and, was also a very respectable result for a Varsity 8+ comprised of 4 freshmen, 2 sophomores, 2 juniors, and 1 senior. When you aim for the IRA grand final and miss, winning the petite is not a foregone conclusion – it’s a hard race to win on a number of levels.

"2016-2017 has been an entirely different campaign, and perhaps a better indicator of where our program is heading. Our captains, Trevor Appier and Louis Copolov, have done an outstanding job of leading a cultural transformation within our team, and the entire squad has been eager to buy in. We’ve had good practices since day one of the year, we had great results team wide at the Foot of the Charles in November (winning both the 4+ and 8+ events) to cap off the fall season, and we’ve had a solid winter training period that has included more rowing on the water than we’ve ever done in January/February. We start our on-water selection period next week and racing starts on April 1st. Our dual slate is as challenging as any in the league. The heats at Sprints will be unbelievable as usual, as will the IRA semis. The team is excited to put three solid 8+’s in a position to finish as high as they possibly can at the Eastern Sprints and IRA National Championship."
-Head Coach John Pojednic

2016 Outlook - “We still have a ways to go as a team. We are going to have to work very hard in order to be competitive at the Eastern Sprints and the IRA National Championship this year.”
-Head Coach John Pojednic 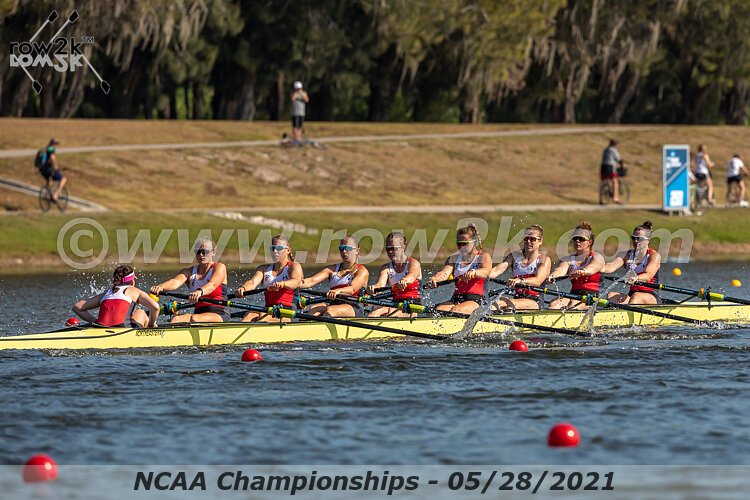 2022 Outlook - "We are looking forward to getting back to a year with fewer limitations on our practice schedule and a more normal spring season, including the return of our Florida Training camp in March. We kick the racing season off on March 27, with the Doc Hosea Invitational, which boasts an impressive field of 18 schools, 5 of which raced at the NCAA Championships in 2021. We follow that up with the Sunshine State Invitational and then match races against some of the top programs on the east coast, concluding April 23 when we race Radcliffe and Yale. Our highly competitive regular season will prepare us well for the Eastern Sprints on May 1, and the CAA Championships on May 15.

"Our roster includes 19 athletes who competed at the 2021 NCAA Championship. We also welcomed 15 freshmen and 2 transfers to Henderson Boathouse this fall. Our veterans are providing outstanding leadership, while the athletes new to the Charles are providing the limitless energy of youthful enthusiasm. Our athletes are building on the positive culture and competitive success of recent years, while determined to make their mark on the 2022 season."
-Head Coach Joe Wilhelm

2021 Outlook - "We have been rowing and training together as a team since September under university, conference, NCAA and CDC guidelines. We will continue to prioritize the health and safety of our student athletes as we prepare to compete in a number of local races this spring, culminating with the CAA Championship on the Cooper River in Cherry Hill, NJ. We are looking forward to putting all of our work over the past two years on display this spring."
-Head Coach Joe Wilhelm

2020 Outlook - "We have great senior leadership on this team, with 14 seniors, and returning 23 of 25 members of last year’s CAA Championship team. We are also happy to welcome a very motivated group of freshmen to the mix, so competition for our top crews is going to be fierce. We have a very competitive schedule with the Cooper Sprints, the Doc Hosea and the Eastern Sprints Regattas along with match races against Radcliffe, Yale, Brown and Columbia. This schedule will serve us well as we prepare to defend our CAA title, and make a run at qualifying for our 7th consecutive NCAA Championship."
-Head Coach Joe Wilhelm

2018 Outlook - "We are excited to have added a strong group of freshmen to a solid group of athletes returning from last spring. Our regular season schedule is very competitive, starting with the Doc Hosea Invitational, and Clemson Invitational, and concluding with match races against Radcliffe and Yale. These races will help our development as we prepare for our championship season at the Eastern Sprints and the CAA Championships."
-Head Coach Joe Wilhelm

2017 Outlook - "We are fortunate to have great leadership from our senior class, a talented and hungry group of freshmen and two strong classes sandwiched between them. Northeastern is celebrating 40 yrs of women’s rowing this spring and look forward to a competitive racing season, capped off with the program's first trip to the Henley Women’s Regatta."
-Head Coach Joe Wilhelm

2016 Outlook - "We have a well balanced team and expect all four classes to contribute to our team’s performance. We have a challenging regular season schedule which will prepare us for the Eastern Sprints, the CAA Championships."
-Head Coach Joe Wilhelm

2015 Outlook - "After strong finishes in the Head of the Housatonic, and the Charles, we finished a very successful fall season with the fastest V8 and 2V8 at the Foot of the Charles. A good core of returning varsity athletes is complimented by a very strong freshmen class. Every class will contribute to our team speed this spring. We are looking forward to a very competitive spring schedule which will provide an opportunity to test our speed against quality crews every weekend, preparing us for our Championship regattas in May." 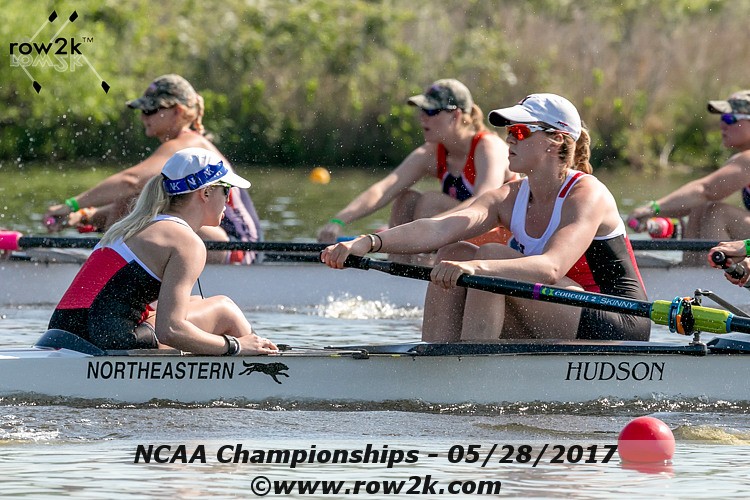 Interview
Northeastern's Madison Mailey
February 21, 2018
This week's row2k Interview is with Northeastern senior rower Madison Mailey, who came to the Huskies from British Columbia and won the W8+ event at the 2017 U23 World Championships.  more 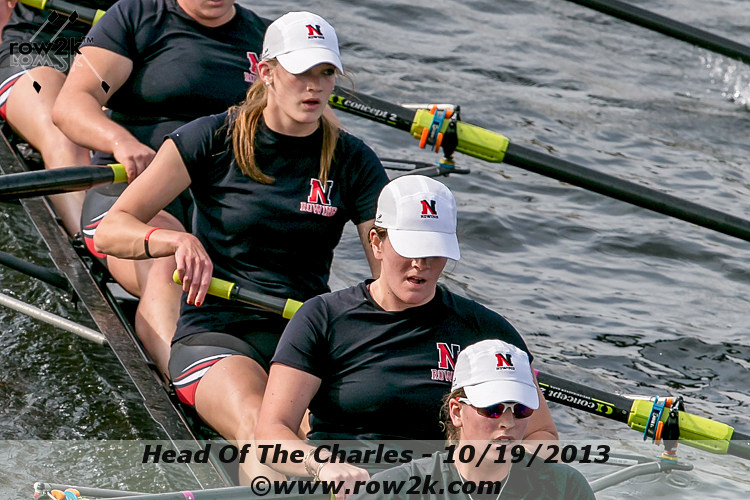 Interview
Northeastern's Nicole Bishop
March 11, 2014
This week's feature is with Northeastern's fifth year novice rower Nicole Bishop. Bishop started rowing following four years of volleyball at NU but is picking it up quickly thanks to a family connection to the sport.  more 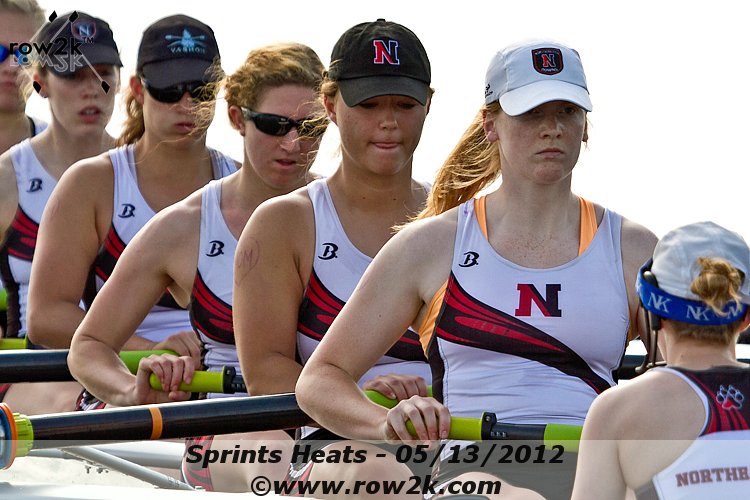 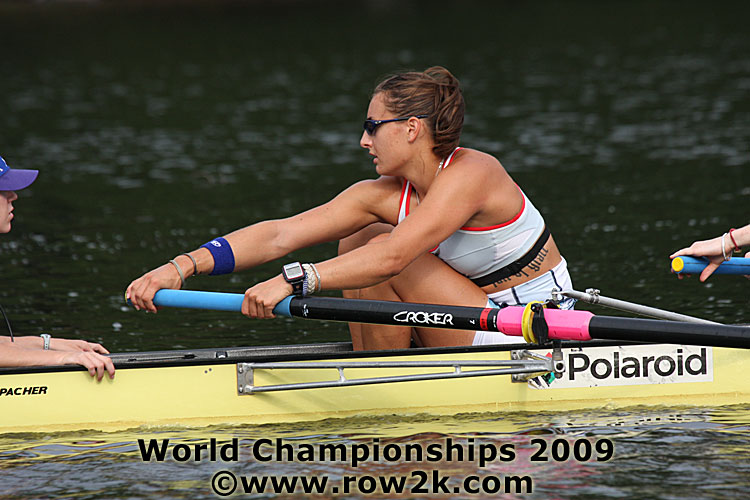