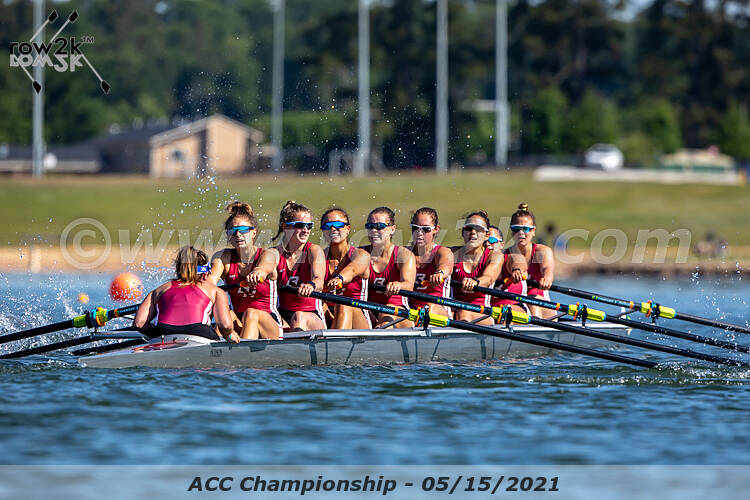 2022 Outlook - "This team is big, yet we are still very young and we continue to see upperclassmen being pushed by the freshmen and sophomore classes. The team is making progress on the erg this winter and saw good fall results at the Charles and the Foot. We are looking forward to 2k racing season and competing daily against one another as we look towards ACCs!"
-Head Coach Grace Hollowell

2021 Outlook - "The past 12 months have brought a multitude of challenges, both physically and mentally. As we look towards spring we are excited by the prospect of sweep boats and lining up against outside competition after months of socially distant erging and singles rowing. While there have been some bumps, the goal remains the same, to make boats fast and to develop good people with high character. Growth comes from struggle and I am proud to see the women in this program step up in difficult situations. All said, we are looking forward to a safe spring season with big boats and a 2k course!"
-Head Coach Grace Hollowell

2020 Outlook - "Led by a deep senior class and bolstered by an eager group of underclassmen the team is focused on three simple things this spring, our culture, our effort and our execution. We are looking forward to the challenge of spring racing!"
-Head Coach Grace Hollowell

2018 Outlook - "We are getting after it! This team is a good combination of strong frosh and sophomores and some very hard working and motivated juniors and seniors who are making lots of progress from last year. Looking forward to a full schedule of races and plenty of fast competition. Go Eagles!"
-Head Coach Steve Fiske

2017 Outlook - "On Saturday, March 25, the team will officially start its spring season in Philadelphia, Pa. competing in the Murphy Cup hosted by Temple. Following the race in Philly, the Eagles will head back to the Charles River for their first home race of the season against MIT, and BU Lwt, on Saturday, April 1. The Eagles crew will hit the Charles two more times in the month of April. First on April 15, facing Rhode Island and Boston University and then the following weekend against Michigan State and Harvard-Radcliffe. In the third race of the season, the Eagles will head to Lake Mercer in West Windsor, N.J. to compete in the Knecht Cup on April 8-9. Hosted annually by Villanova, Boston College has entered the cup every year since the spring of 2001. To conclude the regular season, the Eagles will finish on the road at the Eastern Sprints on Lake Quinsigamond in Worcester, Mass. on April 30 before heading to the ACC Championships on Lake Hartwell in Clemson, S.C."
-Associate Head Coach Amy Weatherby 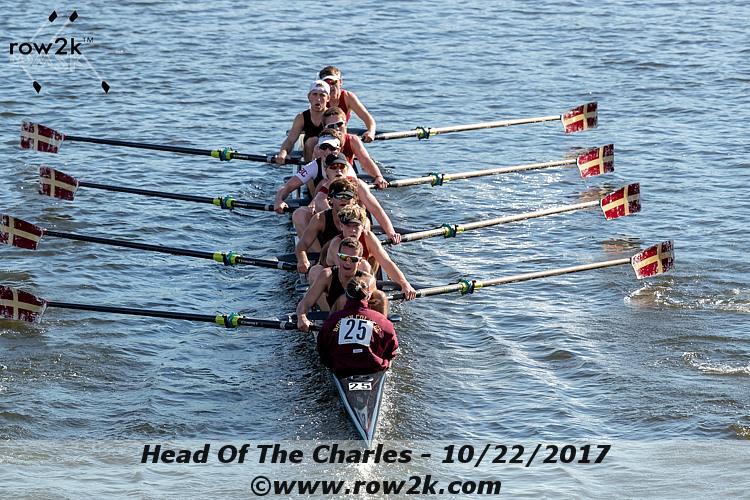 2017 Outlook - "The team is at the crossroads of a very exciting transitional time -- we are looking to make a statement, and work closely with the very culture and foundation of the team. With an eye towards the future of the program, we approach every day with a relentless intensity, and three simple ideas: show up, and get stuck in – do the basics right – always bite off more than you can chew and then chew like hell."
Head Coach Henry Palmer

2016 Outlook - "We had a few key members graduate in 2015, but we are beginning to see some of the younger members of the team step up. The team is eager to improve on the results from the fall season. Not quite as much depth this year, but I expect that we'll continue to pick up speed throughout the spring season."
-Head Coach Brendan Mulvey

2015 Outlook - "The 2014 spring season was one of the best seasons in over a decade, and the team is poised to build on the results in 2015. We had a great fall season, and are looking to carry that momentum through the winter into the spring. We've seen great contributions coming from a large sophomore class, and may have one of the deepest squads that this program has seen."
-Head Coach Brendan Mulvey

2014 Outlook - "The 2014 squad has seen excellent leadership from the senior class, who are looking to go out on a high note. This combined with greater depth than we've had in recent years, the team is working hard with their sights set on strong performances in a spring schedule highlighted by the ECAC and ACRA Championship races."
-Head Coach Brendan Mulvey

2013 Outlook - "The varsity program has a sense of urgency coming out of the fall. Each of the previous three years has brought us closer to our goal of championship crews. Time will tell whether that trend continues."
-Head Coach Geordie Coffin

2011 Outlook - "This fall marked the highest retention of athletes from novice to varsity in several years. The energy of the sophomore class has been a driving force through the winter, and we expect that class to be well represented in the varsity this spring. Coupled with strong leadership from the upperclassmen, we expect our trend of faster boats each season to continue. As always, our focus remains fixed on competing at a championship level."
-Head Coach Geordie Coffin

2010 Outlook - "The Boston College Men are beginning this season with new coaches, new equipment, and new standards of success. This group of athletes is as motivated as any that I have seen. Together, our focus is on establishing a system of success which will set BC up for competitive racing for years to come. I expect to turn some heads."
-Head Coach Geordie Coffin