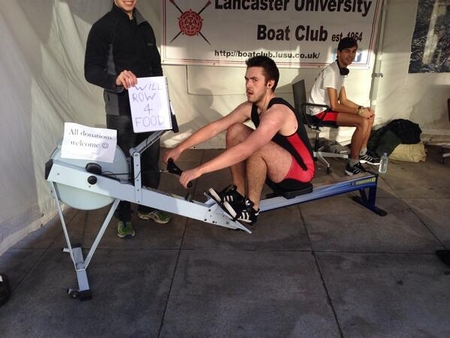 Lancaster University Boat Club to raise much needed funds are erging for 48hrs non-stop. On track to erg over 710km! 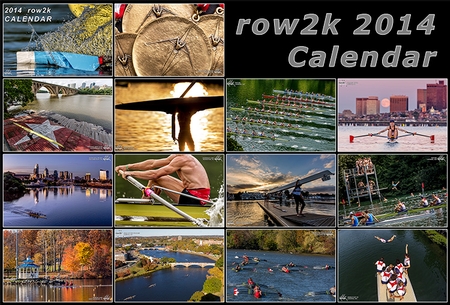 The 2014 row2k Calendar features photography from all over the globe, including England, Boston, Switzerland, Philadelphia! The 12-month calendar includes dates for regattas big and small and makes the perfect gift for the rower your life, and will ship for the Holidays. Great for the home, office, or boathouse! Purchase here. 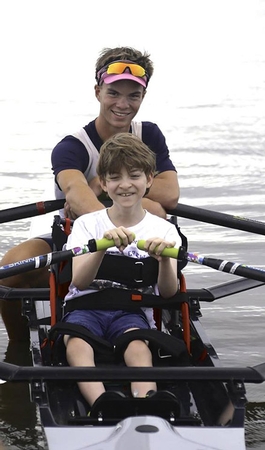 I have 2 sons (17&12) the 17 yr old is in 4th year rowing w/sarasota crew in sarasota fl & little brother Liam wants to do everything big brother Triston does & thanks to some wonderful people at the new emerging Nathan Benderson Park...at their Inaugural Sarasota/Bradenton Head Race....that dream came true.

Why so special? Liam was born 3 mos premature & has severe cerebral palsy! The boat was the adaptive double & for his brother to be the one to take him on his very 1st experience in a rowing scull like that on this amazing course in the inaugural head race put together by our head coach was just such a treat!! They even gave Liam a 1st place medal of his very own! You never saw a bigger smile from a happier little boy! Not a dry eye in the house! 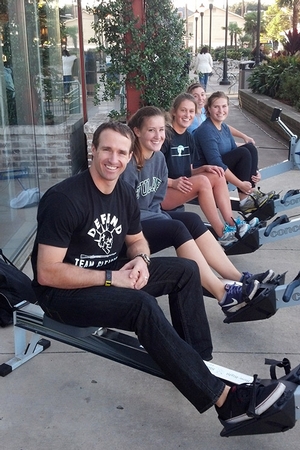 Tulane Rowing annual fundraiser ergathon was this weekend outside Whole Foods. The undisputed emperor of New Orleans dropped by on his way to grocery shopping! 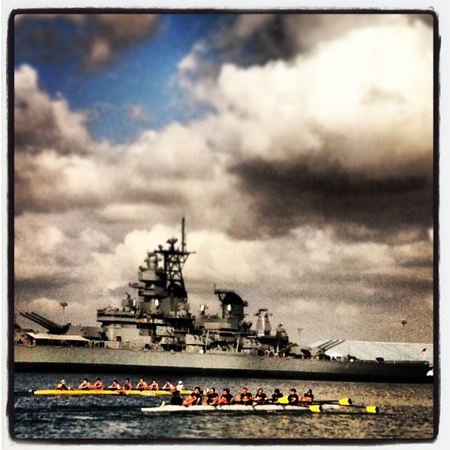 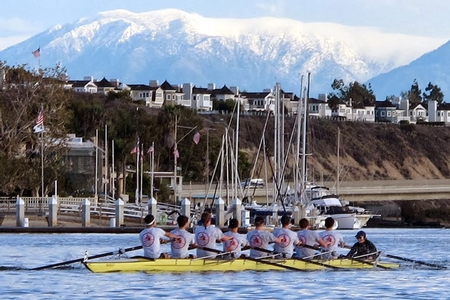 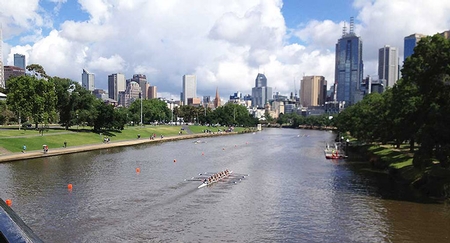 A nice spring day with a good tail wind... 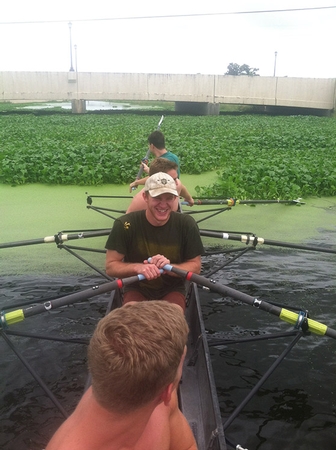 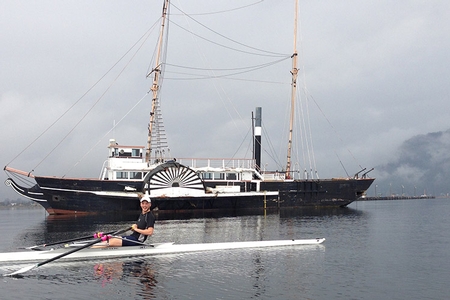 In search of ghosts on Cowichan Bay, BC, Canada. Tuning up for Head of the Gorge and Head of the Elk regattas. Photo by Katherine Robinson.

Sunset Sculler on the Potomac
Submitted by: Julia Butz
(November 21, 2013) 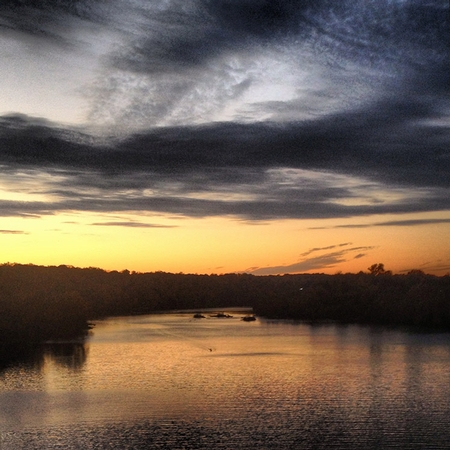 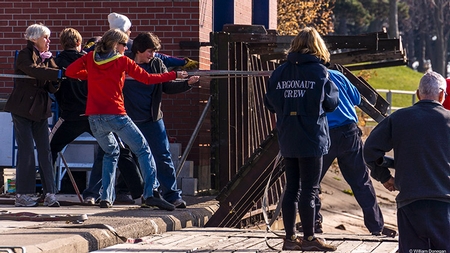 Photo taken on Saturday when we were raising the docks for the winter. 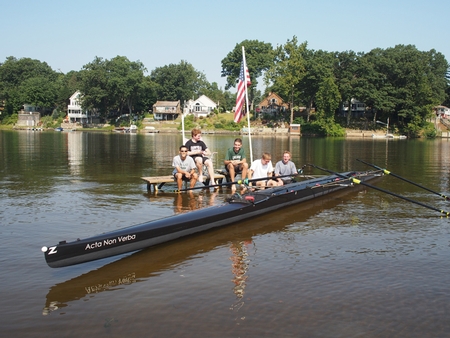 The Chase Collegiate School Varsity Four takes a mid-practice break on the Housatonic. 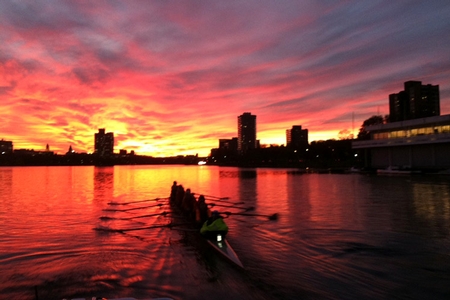 BU Lightweights rowing off into the sunset. 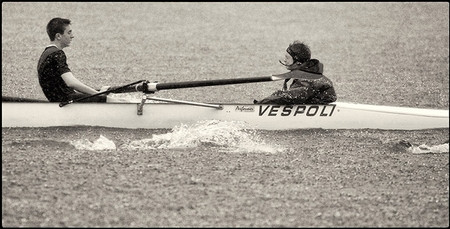 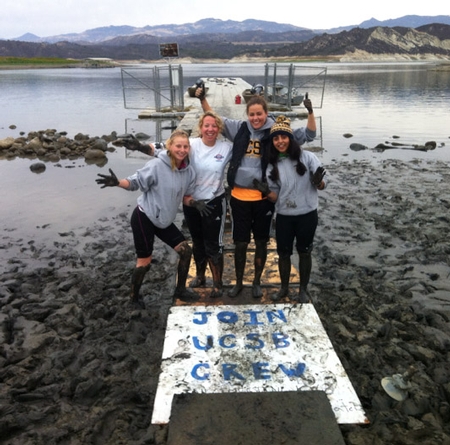 With a lack of rainfall and typical Southern California weather, the water levels at Lake Cachuma continue to decrease making it necessary to adjust our dock on a weekly basis. On a brisk Tuesday morning on these receding shores, UCSB Crew experienced a different kind of practice; 60 varsity rowers and coxswains joined together in a bottomless pit of mud to push the dock out, and this was the result.

This is a picture of the University of Western Ontario Heavyweight men celebrating their National Championship win by tossing in their coxswain...the photo was taken on November 2nd...not the most accommodating temperature of water for her! Photo taken by Greg Rabalski 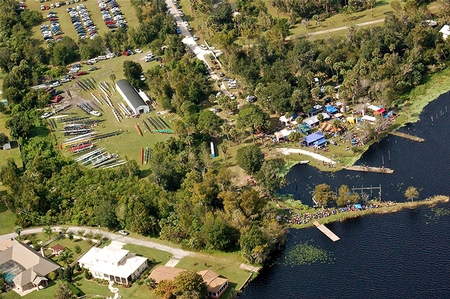 Photo from the Hatter Fall Rowing Rendezvous this past weekend in DeLand Florida. Race sponsored by Stetson University. 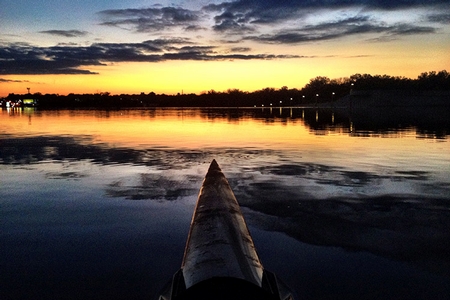 I row for SMU, and this is from my first row, in my new single, the other evening on White Rock Lake. I think I picked the perfect time. 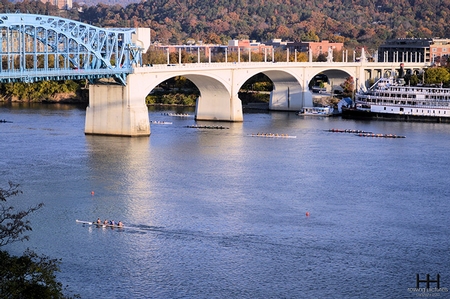 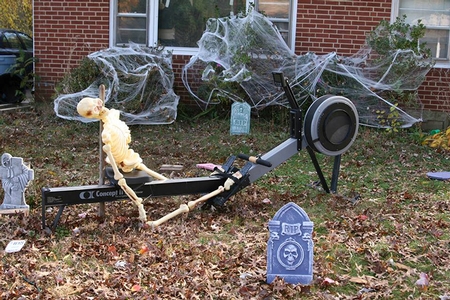 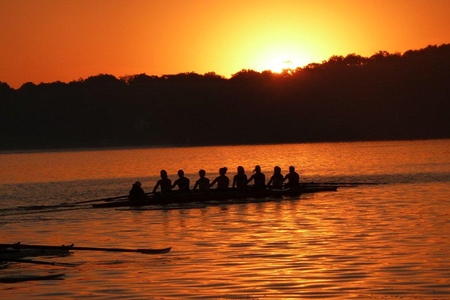 Here's a shot to show that Mendota can, in fact, be awesome!

Late Fall on the Cooper
Submitted by: Anne Bowler
(November 8, 2013) 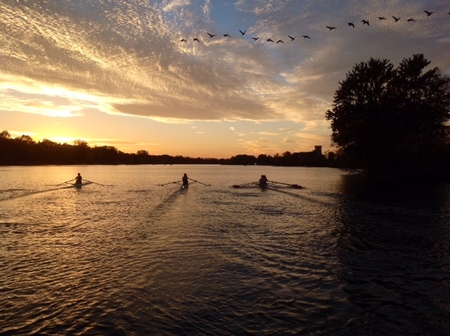 Haddon Twp High School Varsity Girls enjoy some of the final strokes of the season.

The view from above. Panorama of the Boat Yard at the 49th Head of the Charles, Trailer Parking Area No. 4. 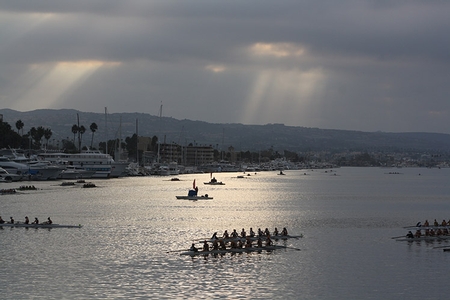 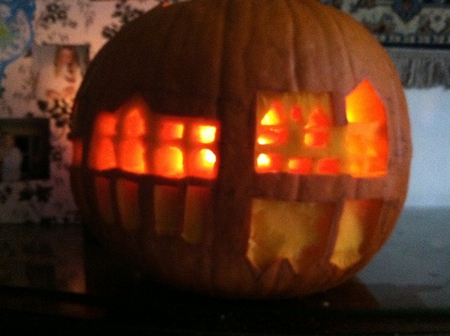 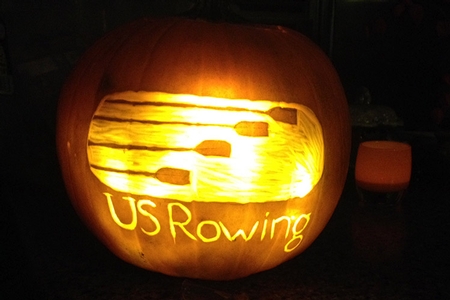 I row for Holy Names Academy in Seattle, WA. I carved this pumpkin last night, and it is the USRowing Logo! 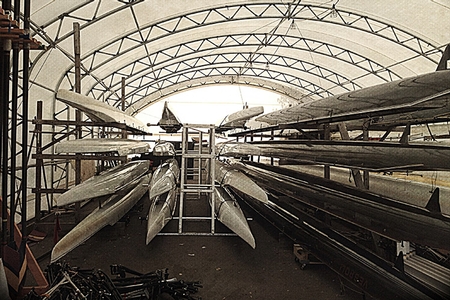 'Twas the night before daylight savings, when all through the boathouse, not a rower was stirring, not even a cox. The shells were placed on the racks with care, in hopes the next rowing season soon would be here. 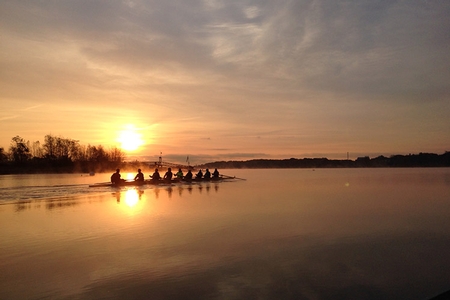 The University of New England's new rowing program on their last row of the 2013 fall season. Oct 31st, 2013; Saco River, Biddeford, ME. 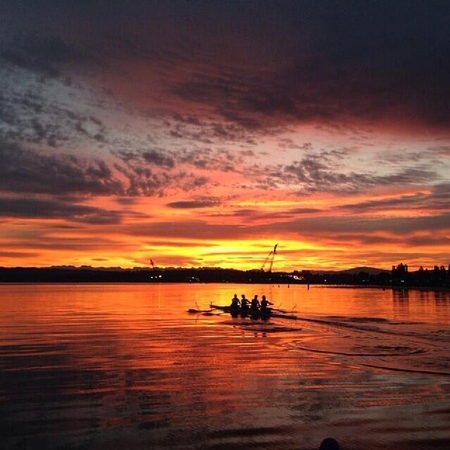