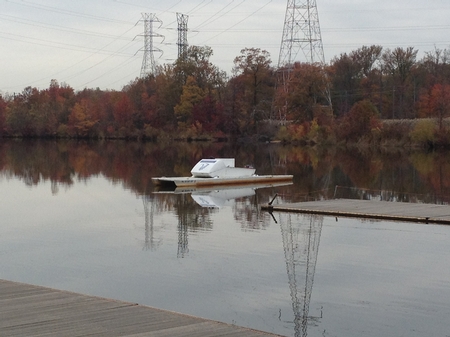 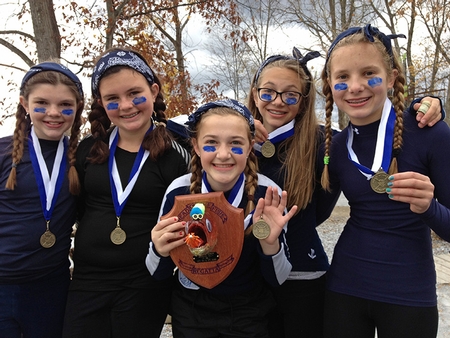 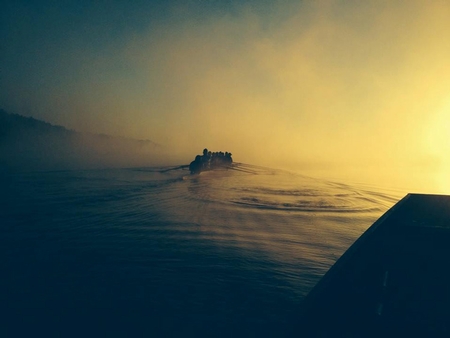 Rowing into the fog on lake Percy Priest in Nashville, TN. 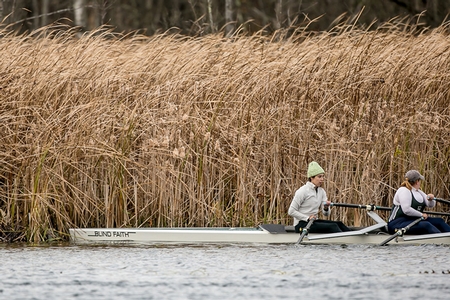 From Head of the Fish on Saturday. ...still need to keep your head on a swivel. 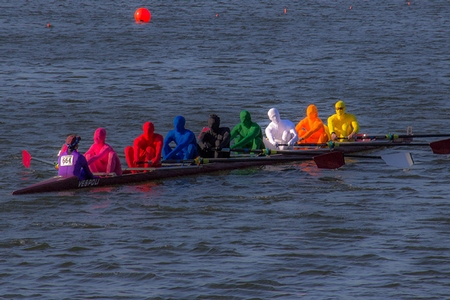 Philly’s Thomas Eakins Head of the Schuylkill Regatta: who has more fun than us? Fordham Alumni 8+ 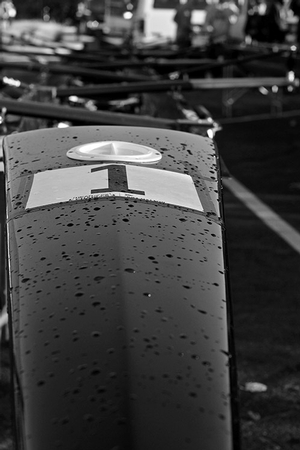 The Trinity College Women's Collegiate 8+, right after the Head of the Charles.

Aculeo's Rowing Club Masters Eight. The Eight is a 1976 Donoratico Boat (made in Italy and completely refurbished last year in Aculeo). Aculeo is located 50 km (35miles) south of Santiago, in the middle of the Cordillera de la Costa (Coastal Mountains) which runs parallel to the Andes Mountains. 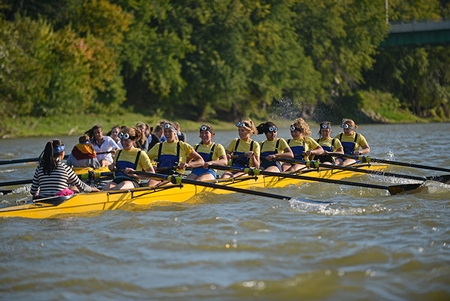 Every year at Purdue we have an intersquad race in the fall to give the novice coxswains some experience coxing a race before actually going to a real regatta. This year we decided to throw in a twist and require costumes. 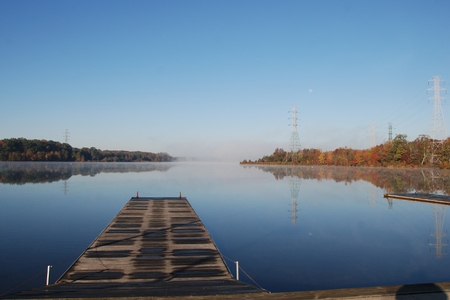 Just waiting for the rowers to return from Boston... 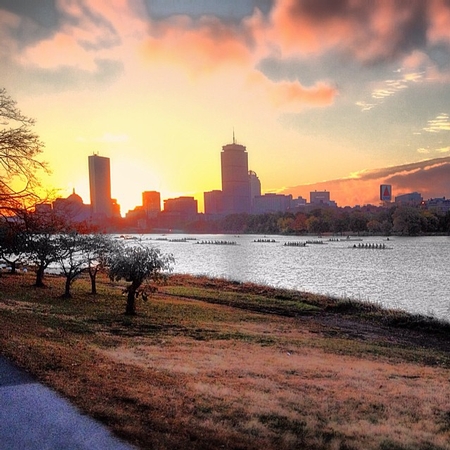 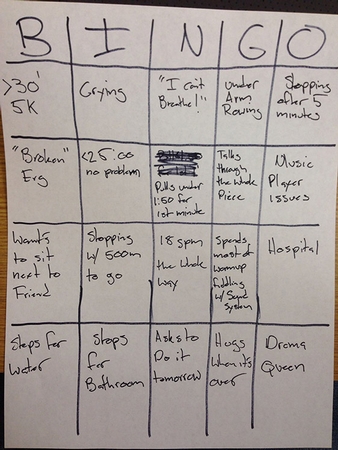 A friend of mine, John Wojtkiewicz, put this together in a fit of creative genius. 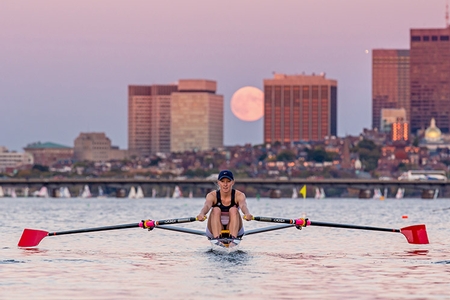 USA Olympian Kristin Hedstrom gets some training strokes in on the Charles River basin in front of a full moon rise on Friday. 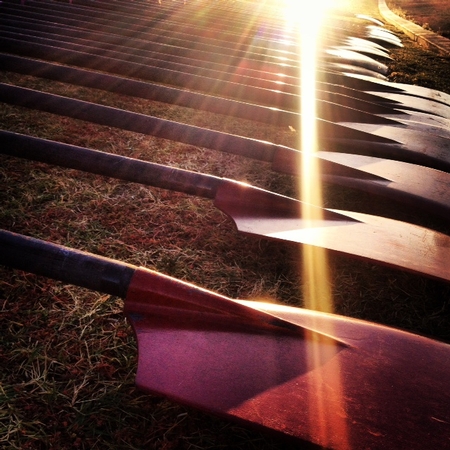 I row for Arizona State. We had our first regatta of the season were nearly all of our men's and women's boats brought home first place finishes. 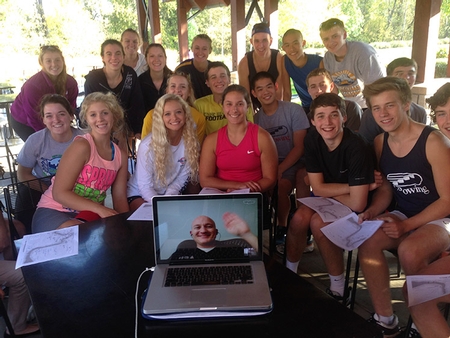 Peter Cipollone skyped with the Lake Oswego Community rowing in preparation for Head of the Charles!! 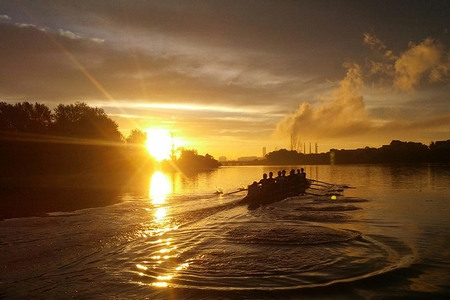 Morning on the Mystic River. 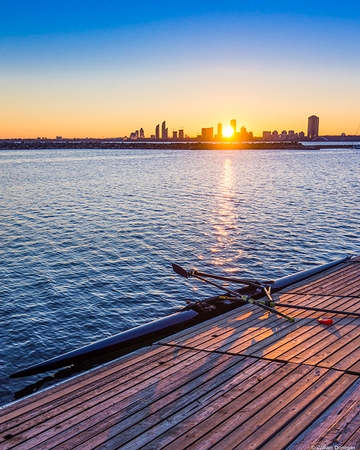 Taken last week after an evening row in Toronto. 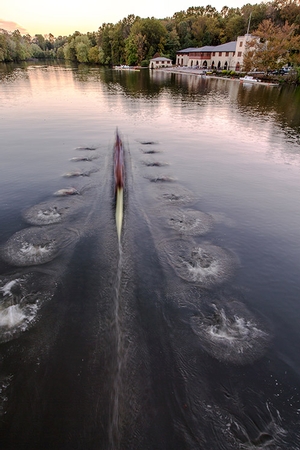 0.6 second exposure to show the motion in the puddles. 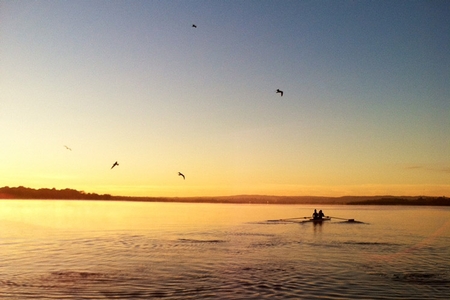 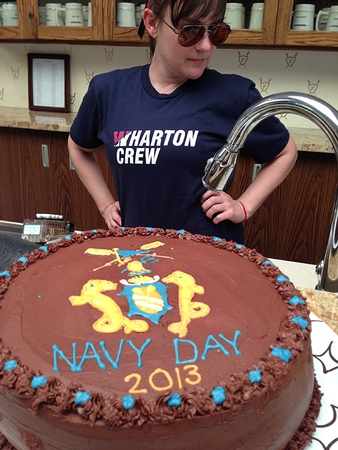 What a way to celebrate. Wharton Crew 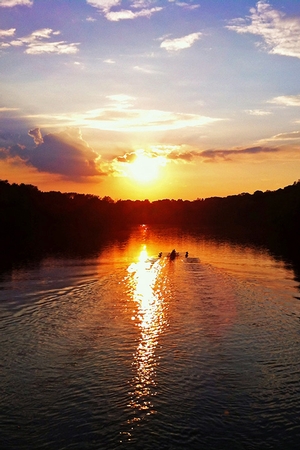 Princeton Heavies rowing in the sunset on Carnegie. 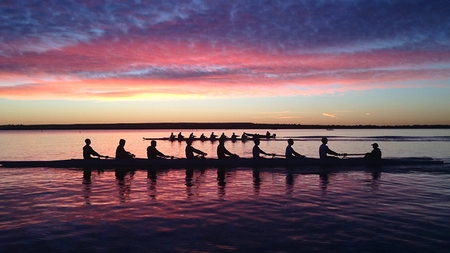 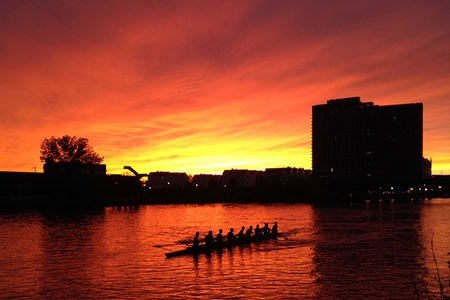 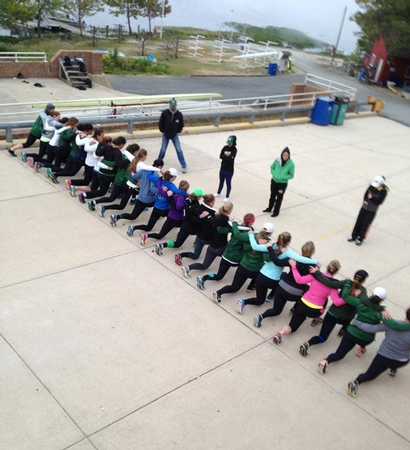 George Mason University women waiting for the fog to clear

Thanks to rapid fire photography and a bit of photoshop! 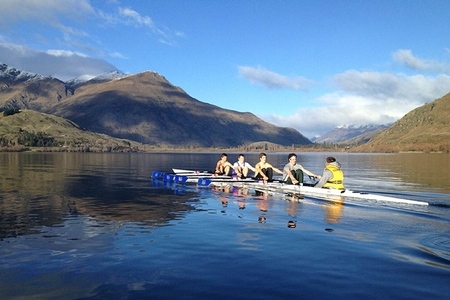 Here's a photo from the Sparks International Rowing Camp in New Zealand. The guys trained at Lake Hayes just outside of Queenstown for a few days. We don't often use coxed quads, but when we do, it's because it's our only option and the water looks like this! 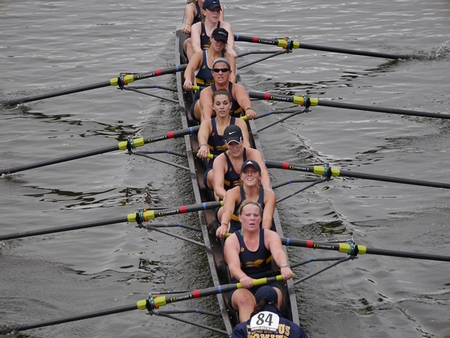 Seven-seat of our varsity eight has been rowing for 10 weeks, and she made a rookie mistake -- her oarlock popped open at the start of the Head of the Genesee. This is her 4500m later, oarlock still open, still racing her heart out! 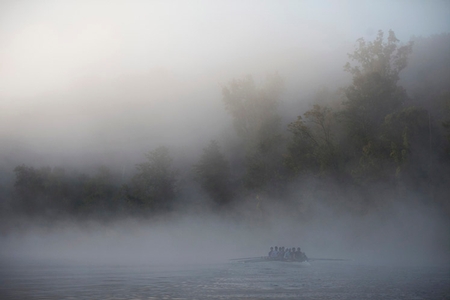 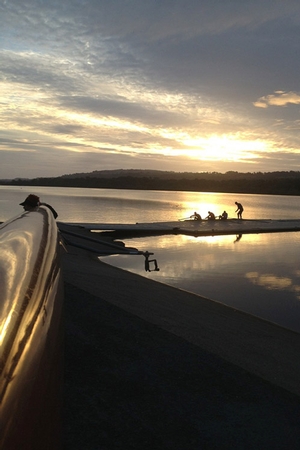 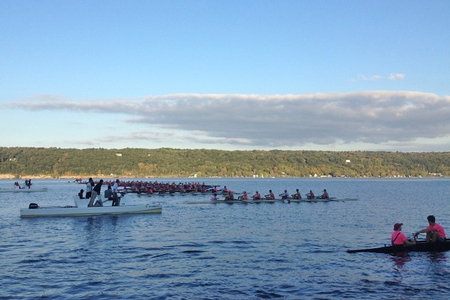 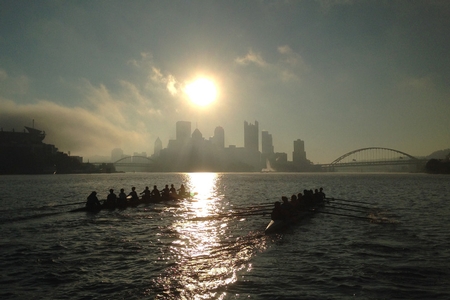 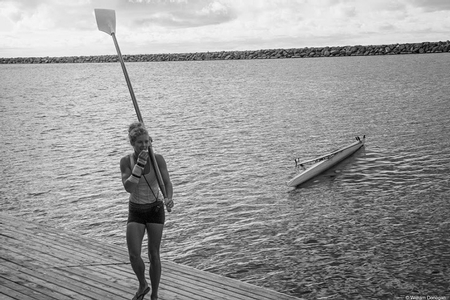