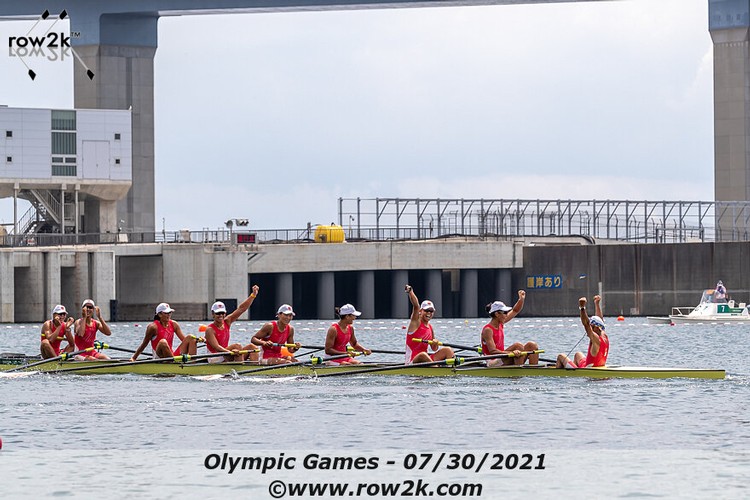 Sir Steve Redgrave, the British legend who, along with Elisabeta Lipa, are the only rowers with five gold medals across five Olympics, was hired as lead coach and technical director by China for this quadrennial. China won bronze in the women's eight today, and gold in the women's quad and bronze in the men's double on Wednesday, putting them sixth overall in the medals table.

Redgrave: When they came together four months ago, they (the Chinese women's eight) always showed good pace and good middle pace. What they were lacking was to change the pace in the closing stages, and that's what we've been working on for the last two months after the qualifying event. It hasn't been working very well until today.

Question So, the best performance since they came to Tokyo today?

Redgrave: Yes, which is the best day to do it.

Question How does it compare with your own triumphs?

Question What about the future? Do you feel this is a good stepping stone?

Redgrave: China has the athletes, has the resources, has some of the know-how to be the strongest rowing nation in the world. I was brought in to get them there. I think we're seventh on the medals table, so we've still got a long way to go.

Question One gold and two bronze - are you satisfied with the results?

Redgrave: The gold medal, with a world-record time, you can't fault that. Winning by over five seconds, that is unbelievable in Olympic racing. China should be so proud of that, but China always wants an eight to do well and to medal. Probably the eight medaling and getting a bronze medal is as big as the gold medal three days ago, so that will bring more people into the sport. That boosts their confidence, so our team should go on strength to strength. 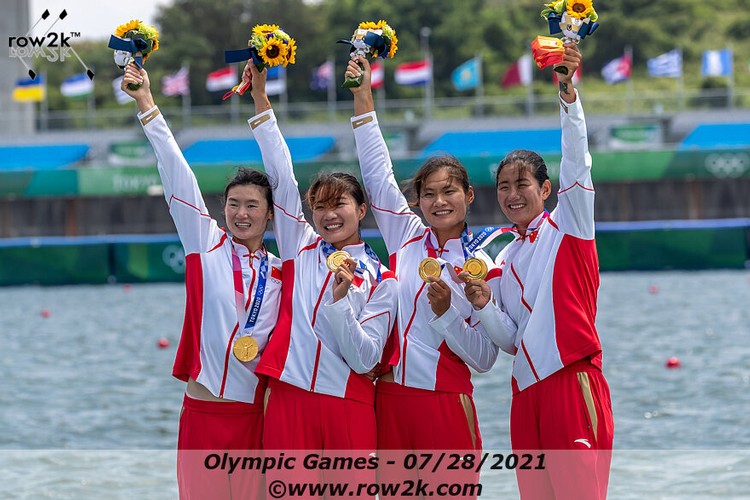 Question What did British coaching bring to China's rowing team?

Question Do you have any comments about the British performance this week?

Redgrave: Overall, I think we've got to be disappointed. I think I'm right in saying that the last time we had results worse than this was Munich '72. That's a long time ago. All these athletes that are racing weren't born then, but I was. That was what got me involved in the Olympics in the first time - '72 as a 10-year-old, even though I didn't know what rowing was at that time.

Question Do you think Tokyo is a start? Are you looking forward to 2024?

Question What do you mean by the systems comment about British rowing?

Redgrave: I'm just stating facts. We've changed our system in the last year, and suddenly from being one of the best nations, we're down nearer the other end.

Question Is your wife here?

Redgrave: Yes. She is the team doctor to the British team. I've just had a hug with her for the first time for 12 months.

Question Do you think you will continue being a coach in China team?

Redgrave: I have to see. My contract is through to Paris Olympics, so I have to assess if my bosses still want me, if I've got a future, and we'll have to see from there.

row2k: Is there anything in particular when you arrived in China that you felt needed the longest look or the most work?

Redgrave: Routine, processes. We've got athletes, we've got finance. They've got the capability of being the best in the world. They have to believe it, and today will go a long way to doing that. Everyone believed in the rowing world that the (Chinese) women's quad was going to win. Nothing is guaranteed - Olli Zeidler for instance - so nothing is guaranteed, but that was more expected. Today, they had a chance of a medal, and they took that chance.

row2k: Anything in terms of strictly hardcore rowing technique changes?

Redgrave: I believe rowing technique is the same around the world. If athletes want to do it or not is a different matter.