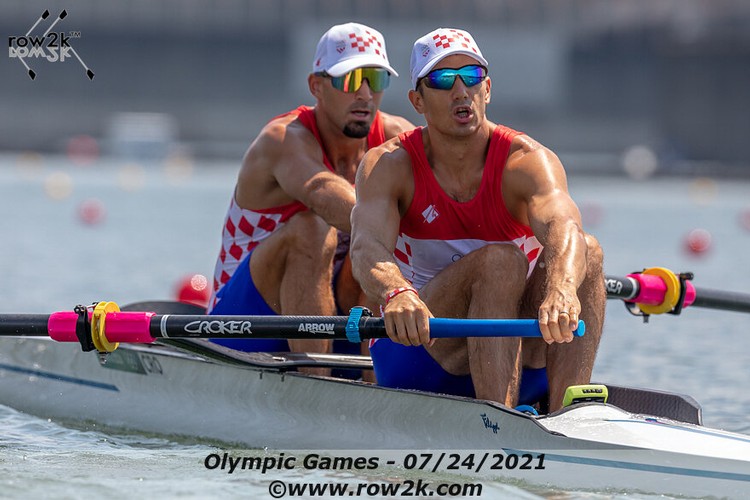 Pairs racing got underway in Tokyo today, and as anyone who has rowed pairs will tell you, they can be great, and they can also be really trying.

"I think the pair is the hardest event," said Valent Sincovic of the Croatian men's pair. Together with his brother Martin, Valent won the men's double at Rio in 2016, and the brothers then switched the pair for their third Olympic cycle, after getting their start in the quad leading up to 2012.

"The hardest thing, at the beginning, we knew rowing the pair would be bad. We expected it, but maybe after the first year we expected it would go exponentially better. In 99% of the training in the double, we felt comfortable and the boat was going good, and in the pair it's not like that."

"Even this year we had some problems. When it's not going well, it's a bad feeling, you feel angry because you can't do anything. That's part of the experience of the pair. It keeps you humble."

"We've come a long way from the beginning of rowing the pair together," added Martin. "We are happy with where we are."

Tracking down the Croatians in the heat was a Denmark crew made up of two former US undergraduates, Frederik Vystavel (Princeton) and Joachim Sutton (Cal). Asked if they were surprised at all about being close to the event favorites, Vystavel said that he and Sutton weren't really concerned with anything that happened out of their boat. 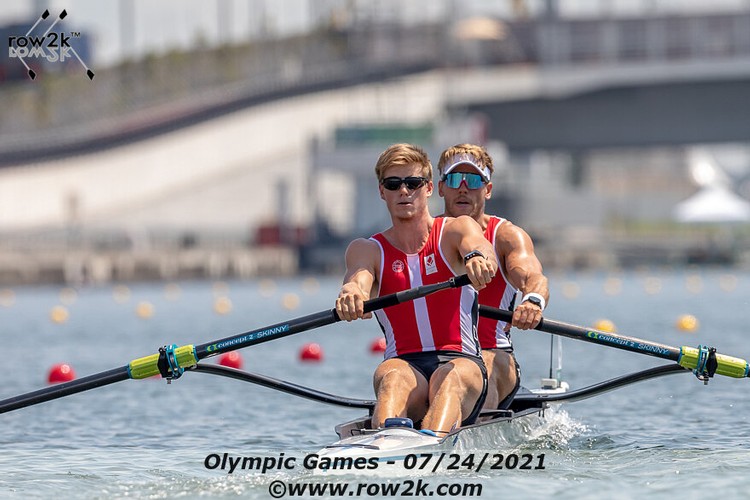 "I had to race with blinders on, and obviously from the corner of our eyes we can see where the others are," he said. "I don't think we were surprised, but we were happy to be where we were; We know we know we can be with them first thousand now we just work on the second half."

"We try to keep it simple like in Lucerne, just go out there and race hard, race our race. The goal is to try and be with them, but it might be that another pair is faster, so we keep focusing internal. From here it is onwards."

The other heats in the event were won by Romania and Australia. The USA does not have a men's pair in Tokyo.

The Canadian combination of Caileigh Filmer and Hillary Janssens first rowed together in the pair in 2018, and won the world title last year, finishing that up with a bronze in 2019. Then, like all other Canadian crews, they did zero international racing between 2019 and 2021, then picked right up where they left off, winning their heat and posting the fastest time in the event today. 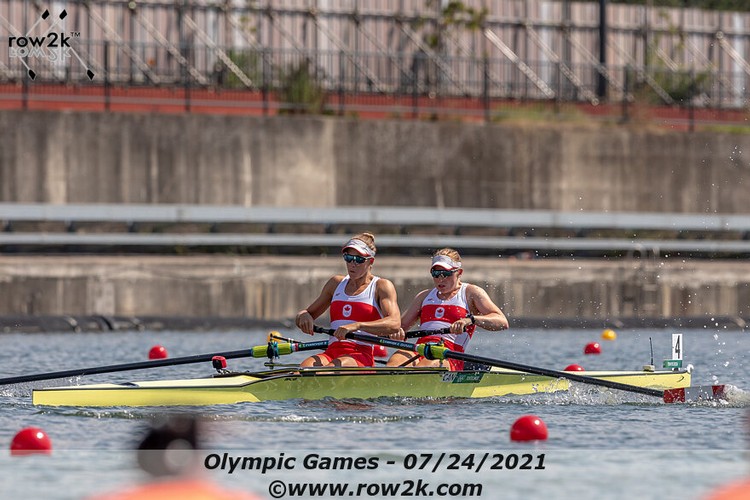 "Back in Canada, we're asked to give out our best performance every few months, and we had to earn our seats, and we had some good races in Canada where we had to perform, and if we didn't, that would be bad for us," said bow seat Caileigh Filmer. "So, I think we've been in the position where everything matters, and even if it's against our lightweight double or our heavy double, it's still a 2K race, and we still have to do the best job we can."

"A strength of our partnership is our work ethic, and we just work as hard as we can every single day," added Janssens. "We just have to trust that what we do in our training is going to result in us being able to reach our goals. I think that we just trusted each other and trusted our coaches and our program, and I think clearly our program's been doing well across the board." 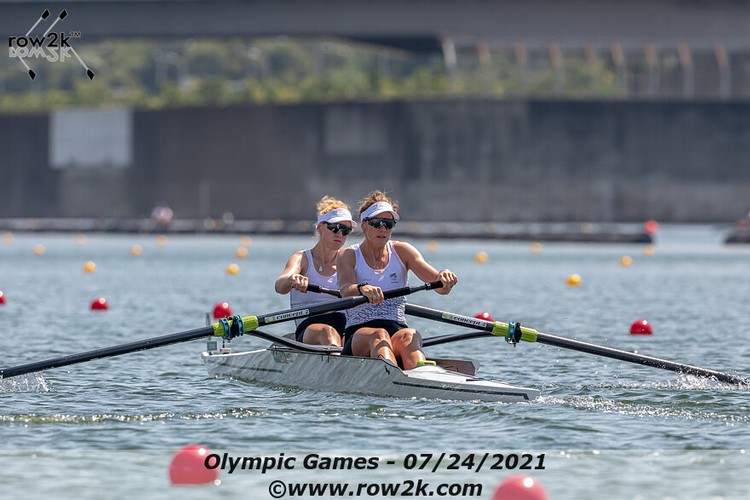 Both crews were impacted by the schedule changes today, with the shifting of the women's fours and eights from Sunday to today meaning that both sets of athletes would have to race twice in just about two hours; both crews nailed it, going four for four in winning their races.

We talked to NZ's Prendergast and Gowler about the difficulties of doubling up at the Olympics.

"Every race throws something different at you, so just don't know what to expect. It doesn't get easier, but you get more confident that anything that is thrown at us, we can manage it," said Prendergast.

"The schedule change didn't faze us too much, we've done two races in a day multiple times, so I think we were actually happy that we would have an extra day off," added Gowler. "We just had to pack an extra unisuit."

GB's Helen Glover is the 2016 Olympic gold medalist in this event, and only just returned to rowing in 2020, having retired after the Rio Olympics and having three kids. Glover returned to Olympic competition today with her original partner in the event, Polly Swann. 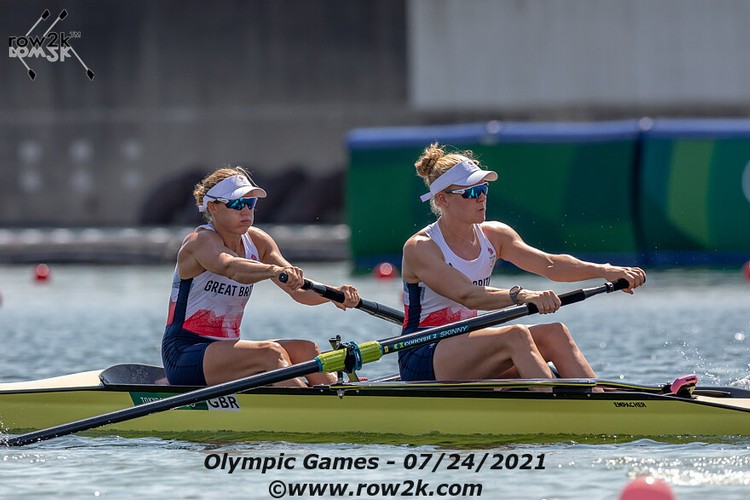 Glover had been riding a 44 race unbeaten streak in the women's pair which was snapped today, as the crew finished third in their heat, but as Glover explained, celebrating her son's 3rd birthday remotely today was as important to her as doing well in the boat.

"Everything I do out there on the water is for them. A big part of wanting to do this was to bring them along for the journey, and now they're seeing the fruits of the labor, the ergos in the living room, the wattbike in the utility room, lifting between making their dinner, and putting all that hard work in with them alongside me has really been key."

The USA women's pair of Tracy Eisser and Megan Kalmoe couldn't quite get untracked today, finishing fourth in their heat; they will race the rep on Sunday. 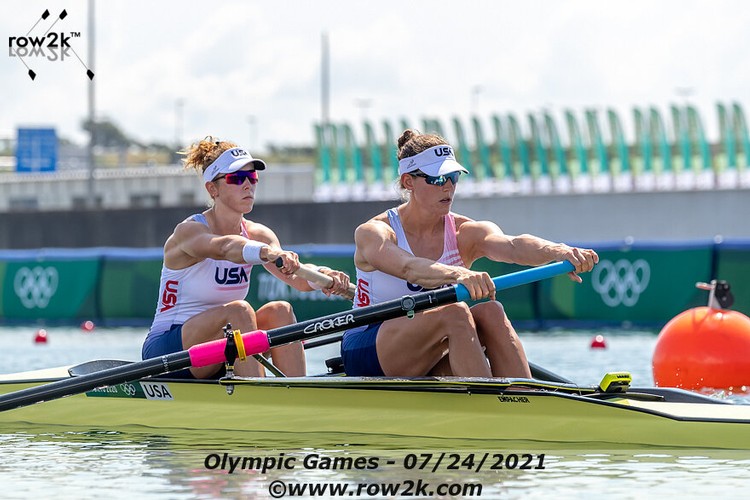