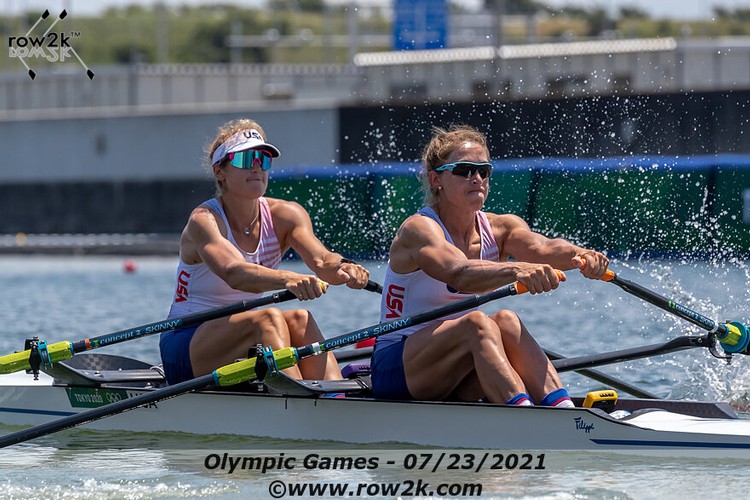 The US women's double of Gevvie Stone and Kristi Wagner raced to the 500 meter mark in fifth and then started pouring it on through the middle thousand, ending up in second behind New Zealand, who are the defending World Champions, albeit in a different lineup.

The US double spoke to the media after the racing about their first trip down the course, watching skateboarders in the Olympic village, doctoring during Covid, and laughs at the starting line.

Gevvie Stone: I could see Erik (Dresser) taking pictures at the start line, and they mispronounced my name and I was looking directly at Erik, and I thought, I know he is going to catch this.

Kristi Wagner: They didn't mispronounce her name, they just called her Jennie.

Stone: They just said the wrong name, and I started cracking up and looked directly over. 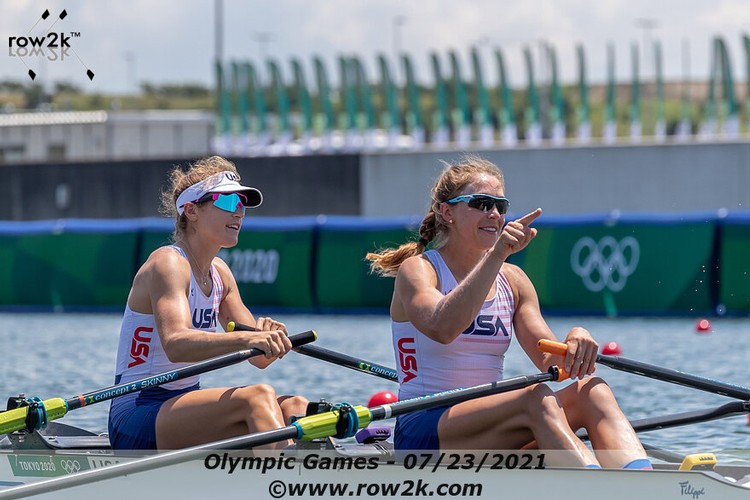 Stone: On the racing, it's always a shock to the body to race 2k after all the short pieces and taper, and I think we a decent job of ripping off that bandaid. We advanced directly, which is the first goal, and got the second place spot, which will hopefully be helpful with lanes later - and then there are things to improve on, as we always want to go faster.

row2k: When you get to the 500 meter mark in the Olympic heat and you are fifth, does that change how you approach your own strengths and weaknesses? It worked, but what goes through your head at that point?

Wagner: That being said, we're going to try a few different things, because it's not good to be down that much. We want to be in it, and going into the further rounds of racing, we're going to need to be in the race a little more than we were. 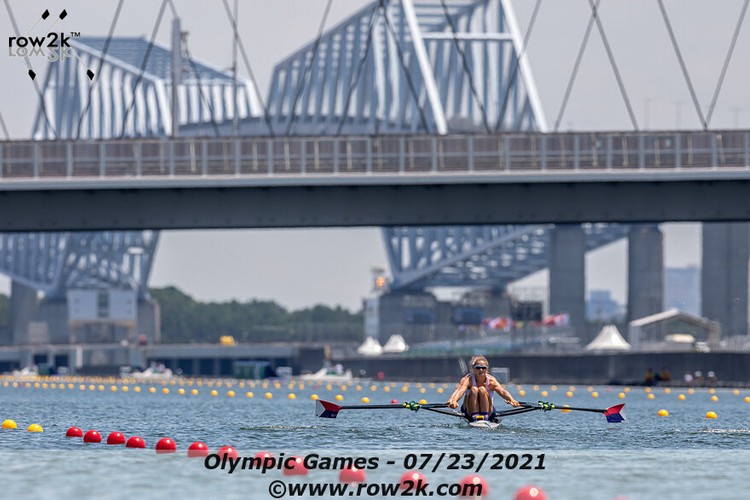 row2k: When you talk about race planning, how does Gevvie's experience help, and how do you work together on figuring out your tactics?

Wagner: We've figured out what works in our boat, and not just the things that work in her single will work in our double. We did have a move around the bridge that reminded us both of Boston, which was fun, and that was Gevvie's idea.

Stone: The crews are different year to year, but I have been able to help Kristi with how to enjoy the Olympic experience in general, to be able to enjoy the experience and stay focused on rowing.

Wagner: It has been pretty cool; we had a unique experience because we were one of the first teams in the village, so the first couple days were great. there were no lines anywhere, and now there are definitely lines. It's really cool to see so many people from different sports; there are people in elevators that you recognize, things like that.

Stone: The least favorite thing is the plexiglass in the dining halls, as it's really hard to hear, but the energy in the village is the same. People are talking, saying hello, it's really fun. 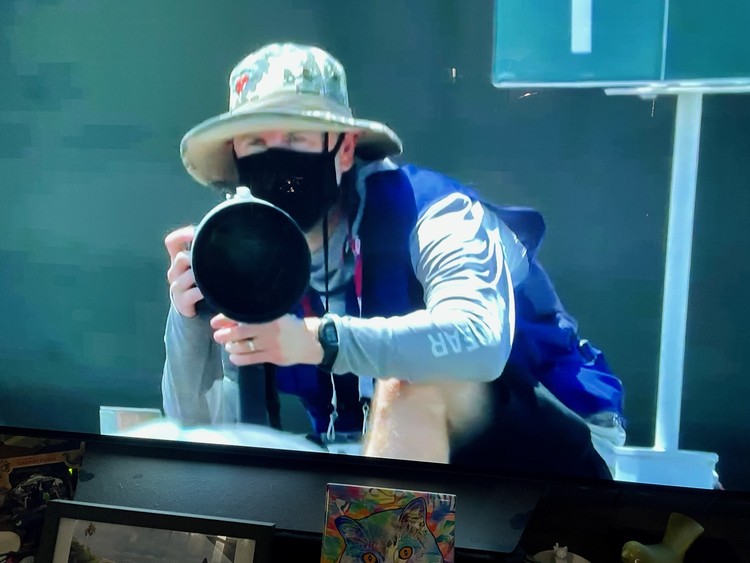 The row2k photographer as seen on TV in the States (photo credit: Mike Modlin)

On the pressure as a doctor vs rowing:

Stone: I have learned through medicine and rowing that I am a person who does well in stressful environments and I enjoy that adrenaline, and learning to embrace the butterflies.

How stressful has it been in that field the past two years?

Stone: I haven't worked in almost three years, and I am in very close communication with my former classmates, and I was stressed through them tangentially. Last spring when we knew so little and didn't have protective gear, there was a constant fear of getting Covid, especially for those working in the emergency department. My program director wanted to keep me away from that, which I appreciate.