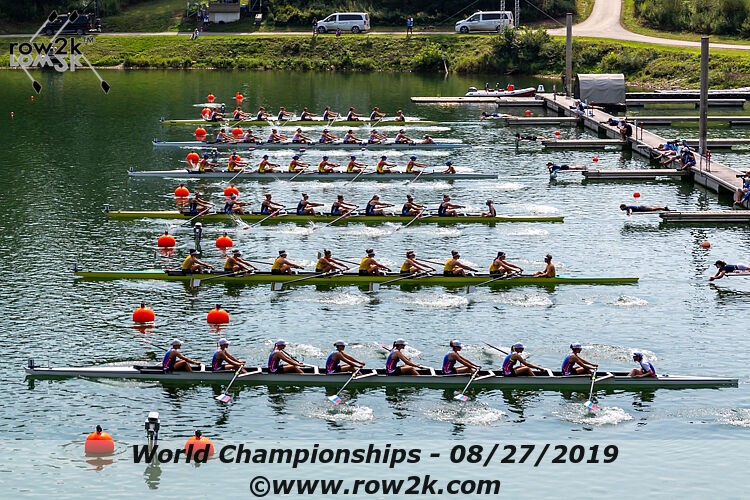 Racing for the 2020 Olympic Regatta begins on Friday, July 23, in Tokyo, Japan. Below, we preview the women's eight. 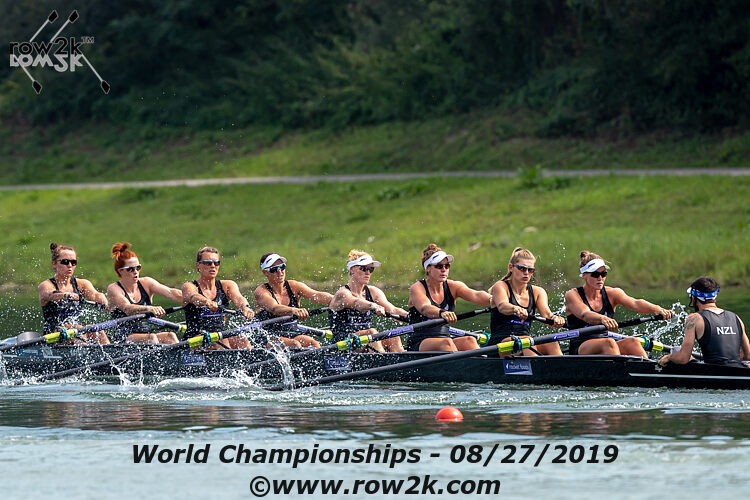 LINZ 2019 RECAP
Australia got off to a slick start, taking a canvas lead over Canada, USA, and New Zealand at the 500. The Aussies extended their lead in the second 500, increasing to a half length over the Kiwis with the Americans in third over Canada. Coming into 1500, New Zealand had cut into the Aussie margin and was only a deck back. USA had one seat on Canada and a length on Great Britain. The Kiwis started their sprint early and it was effective, moving through Australia and taking nearly a length lead in the last 250 to win the gold. USA took the bronze over Canada, with Great Britain finishing fifth to secure the last qualification spot for the Tokyo Games.

EUROPEAN CHAMPIONSHIPS
Six crews entered for the only women's eight race of 2021, with Romania and Great Britain being the only two Tokyo qualified countries. Romania took first with the British finishing in fourth, nearly nine seconds off the pace.

FOQR
The two qualification spots for Tokyo were won by China and Romania. 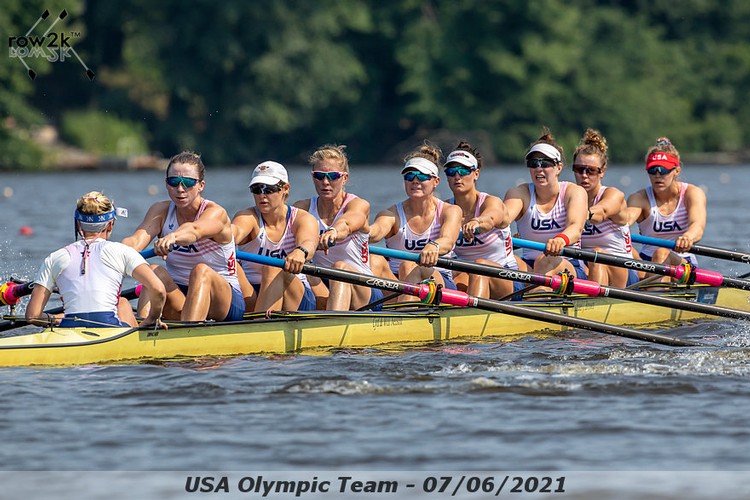 There are four newcomers to American eight, all of which will be making their senior team debuts in Tokyo. They are Regina Salmons, Jessica Thoennes, Brooke Mooney, and Charlotte Buck. Salmons has won three U23 world titles, one each in the pair, four, and eight. Thoennes won a silver medal as part of the 2017 U23 W8+. Mooney has yet to race at a world championships, but won an NCAA Varsity 8+ title in 2017 and is the current world record holder for 2k on the erg. Then finally, Charlotte Buck will be racing in her first international event.

The crew should make the final in Tokyo and be in the mix for a spot on the podium.

MEDAL PICKS
With almost no data to look at for the women's eight since Linz, any kind of prediction is likely to be a fool's errand. Each of the six crews that made the final in 2019 have overhauled their lineups, and only 21 of those 48 rowers will be racing in eights in Tokyo. The world champion Kiwis have pulled their top pair out to focus on the W2-, but the doubling status of the Kiwi women's pair is uncertain at press time. Australia returns just three rowers, USA four, Canada five, and GBR just one. So, we know virtually nothing about the top four finishers from 2019. All we can really say is that in May, China was faster than Romania, and Romania was faster than Great Britain. So best guess, the Kiwis, Americans, Canadians, and Aussies will likely grab the three podium spots, with China potentially playing spoiler.