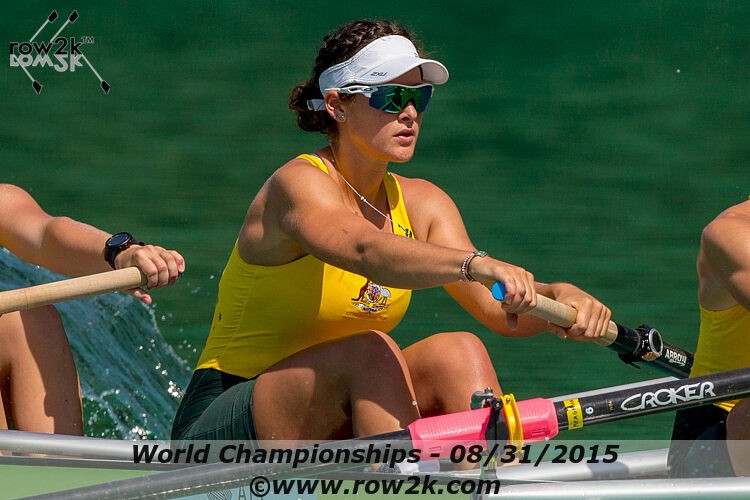 Rosie Popa graduated from Cal in 2014 and is currently set to race in the Australian W4- at the Tokyo Olympic Games.

My first time in a boat was a coxed pair. I rowed with a girl I was at high school with, and my mum was coxing (mum rowed in the 80s and now runs a rowing school business with my dad in Melbourne, AUS). I was due to start rowing at my high school in the upcoming year, so the row was an introduction to the basics.

I think it took about 3 hours to do 8km of rowing, we did 4km on each sweep side. It was torrentially raining for most of it, and I was just thinking about how much my hands hurt. I guess it must have not been that bad because here we are 15 years later.

I missed out on selection for the quad in 2012 at the the USA U23 selection camp. Myself and another athlete Anna Kaminski, who was also cut for the sculling team, decided to jump in a pair and race at the non-camp crew selection regatta. We only had a few sessions together and were the underdogs leading into the race. With 250/300 meters to go we were in second place by open water. We put together an awesome sprint and won the race by a bow ball, selecting us for the U23 World Championships in Lithuania.

The reason why I loved that race so much was because we didn’t overthink jumping in the pair and just worked with an opportunity that was presented to us.

It was also a good lesson about doing the hard work early; making sure to put yourself in a strong position through consistent training in the pre season, and perform during trials so you are such an asset to the team there is no way you cannot be selected.

Worst race, but a character building one would be my first race in the 1x in 2007 at the Australian National Championships. I was so far behind that with 750m to go the safety launch that was following the race told me over the megaphone that I could stop and take the boat in. I didn’t, but it was a long 12-15 minutes. 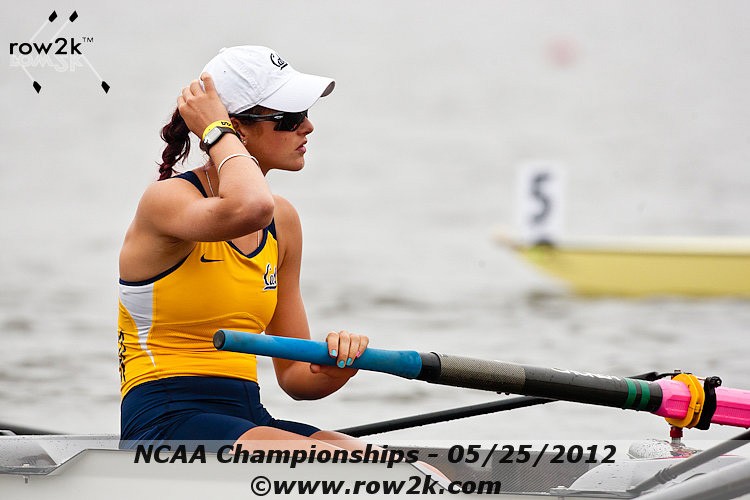 Best practice/racing is the AUS 4- that I am selected in for the Olympic Games this year. Along with the whole Australian squad we have all bound together during this pandemic, and are making the most of each session. The boat feels great and we all work really well as a unit - so hopefully our best race will be in July of 2021!

I am a dual American-Australian citizen and competed for the USA at U23 and a World Cup regatta and have competed for most of my Senior A career for Australia.

Surround yourself with people (friends, other athletes and coaches) you are inspired by and you have a shared goal with, this will help elevate your daily training and you’ll learn you can do things you didn’t think you were capable of doing.

Let go of your ego and work on technical/physical/mental elements of yourself that you find challenging, this will help you become a more balanced and better athlete and person in the long run. Rowing is a very simple sport made super complicated, so be really objective about your personal development with clear goals and a plan.

Make sure you believe and have trust in yourself! 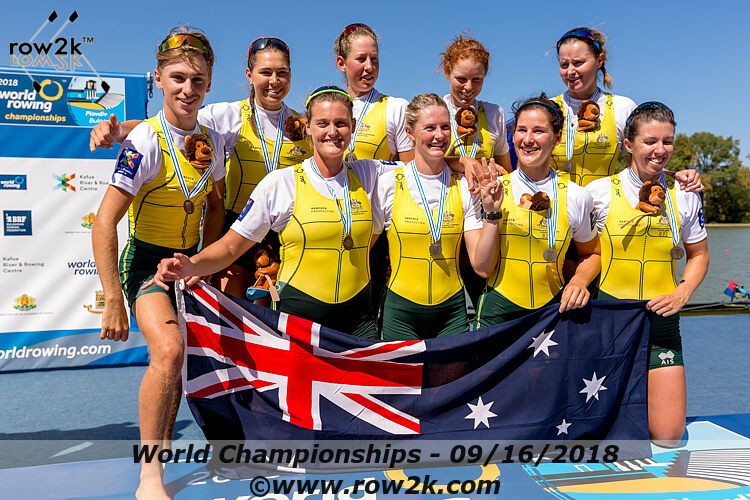