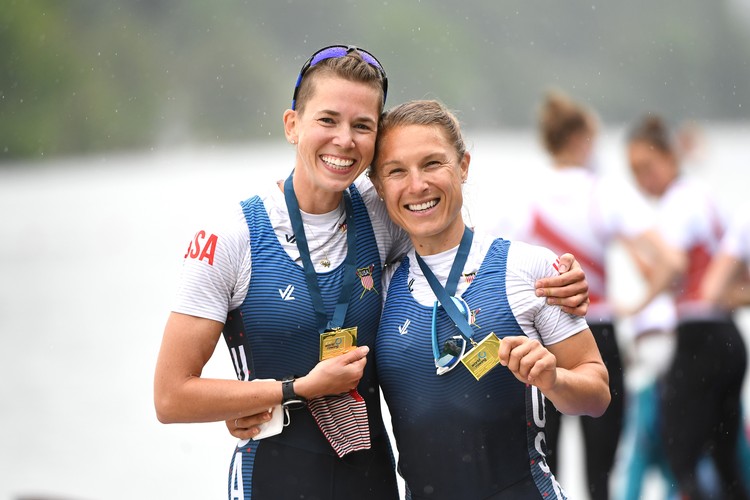 Is there a more dramatic, high-stakes regatta in rowing than the Final Olympic Qualifying Regatta? It's probably hard to feel real affection for a regatta this intense, especially for those athletes for whom years of training and preparation come to an end in seven minutes (or less).

Coming as it did in the midst of a pandemic and the one-year postponement of the Tokyo Olympics from 2020 until this year, the FOQR was less predictable than in years past. With an extra long runway, some teams (Ireland, NZ) used the additional time to focus and prepare, some came out of nowhere (Russia, more below), and some faded dramatically, due to athlete retirements or for other reasons.

From a US perspective, the pillar-to-post win by Michelle Sechser and Molly Reckford was the lone (very) bright spot of the regatta. Even though the crew had the "buffer" of an extra qualifying spot beyond the top two places (due to the next-level qualification algebra involving South America, as row2k's Erik Dresser has detailed here), Sechser and Reckford didn't need the insurance; they dominated the regatta, like they dominated the US Olympic Trials in February. 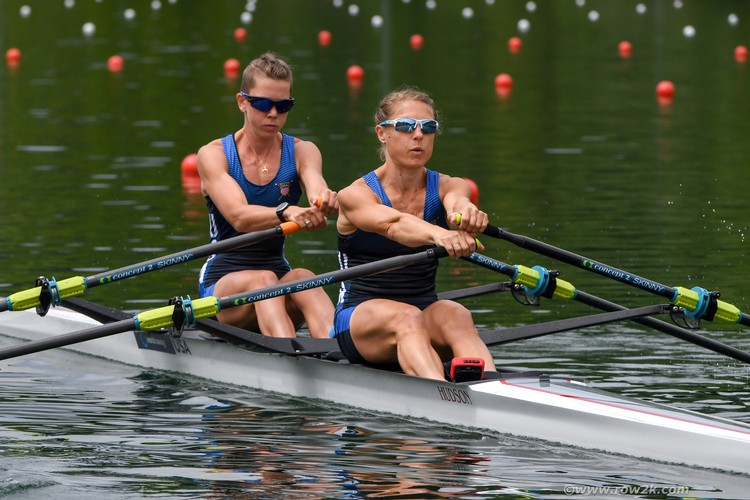 USA LW2x racing in the heats

"I'm just so happy to have achieved this and to have done it with Molly," Sechser told USRowing. "I couldn't have asked for a better way to achieve this thing with a better partner. It was a really hard race. It was great with the amount of competition - people launching sprints - because when the Olympics are on the line, everyone just throws everything they can. It was really awesome to feel the power of our boat respond immediately to the attacks the field was launching without any sort of nervousness or hesitation, and that's how I know I've got a great partner calling the shots."

"This was the most pivotal 25 hours of my life so far," added Reckford. "Each race we went into the starting blocks trying to focus only on the race ahead of us - focused on rowing the best race we could one stroke at a time - and not get ahead of ourselves. I really focused on reminding myself that it was just another race, because the gravity of the situation can really crush you if you aren't careful.

"Now that it has sunk in, I am so ecstatic that I get to keep racing with Michelle and that we get to try to make it to the highest level possible in sport. I feel very blessed to be in this situation, to be headed to the Olympics, knowing that we earned it."

Given the confidence and sure-footedness that Sechser and Reckford have displayed this year, they will absolutely be one of the crews to watch in Tokyo.

One Up, Five Down for US

Besides Sechser and Reckford, the other five US crews competing here in Lucerne couldn't find the same speed on the Rotsee, as no other US crews could punch their tickets for Tokyo.

Coming closest to the Olympic berth was the Men's pair of Tom Peszek and Mike DiSanto; the duo started the regatta strongly through the heats and semis, and were within striking distance of one of the top two places right until the end of the final, before slipping to third, and out of contention. 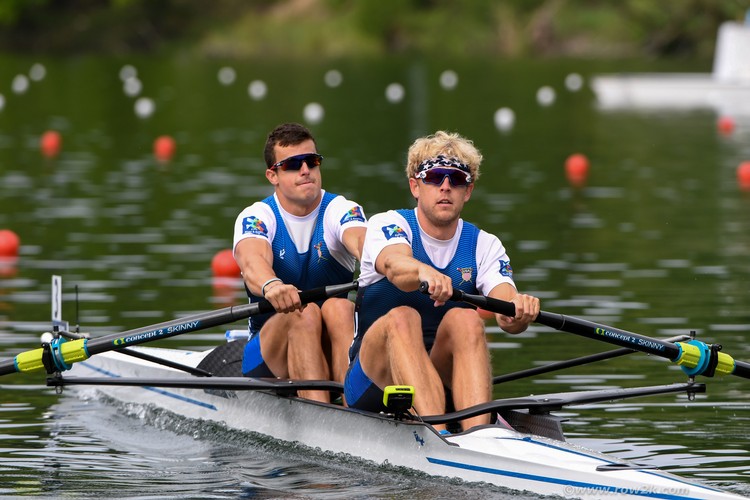 Tom Peszek, who raced this event at the 2012 Olympics in London, was philosophical about the end of the road.

"It's a tough result to walk away from," said Pezsek after the regatta. "Mike and I are proud of our approach, training, and performance - but it is absolutely brutal to come up just short against some excellent competitors in the Dutch and the Danes.

"Honestly, the hardest part for both of us is a bit of a feeling like we've let down all of the people who have done so much to support and help us. My wife has been unendingly amazing and supportive, first of all. And we've gotten so much help from so many people who have been so fully invested in us, in particular our two coaches Jesse Foglia, who's here with us, as well as Pat Lapage, who's back home. They have spent a truly inordinate amount of time and effort to maximize the speed we could find in this boat, we owe them a huge debt, and they truly are some of the best coaches we've ever had."

Similarly, for the Light Men's Double of Zach Heese and Jasper Liu, who missed out on qualifying for the semis by 16/100s of a second on Friday, the sudden end to their Olympic campaign was jarring.

"In the rep, we started clean and sat in third place, up on Great Britain by half a length for basically the entire race," said Liu. "We weren't saving anything - we knew it was do or die out there. We had a great piece, performed to the best of our abilities, but unfortunately GB came through us in the last 150 meters." 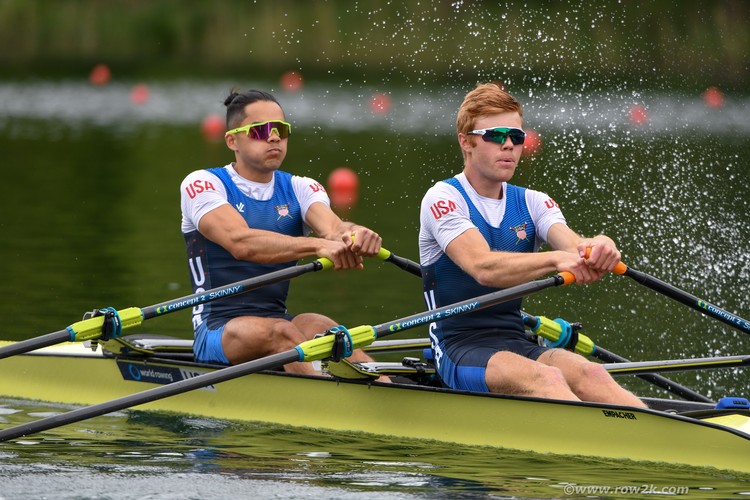 "This was just my second international regatta, and it was my first in an Olympic boat class. It was such an incredible opportunity to fully commit to training at this level.

"One thing that's obvious is that the US sculling boats are truly amateurs competing against professionals. Everyone has many more regattas under their belt, and even the crews here that were younger than us have been sculling in a national system for years."

For Liu and Heese, this is definitely not the end of the road.

"With lightweight rowing being included in the Paris Olympics, Zach and I realize that we have a shot to catch up on those other crews' experience. We still won't have the same resources as the other teams, but it's a challenge I'm excited about."

John Graves, who was vying to become the US men's single sculler in Tokyo, was also still processing his results. "This is a very tough one to swallow and I'm definitely blindsided by the result today," he said after the regatta. "I'm not sure what to say other than something is clearly off at the moment, and there was a harsh reality coming off the water today knowing that my hopes were no longer alive for Tokyo." 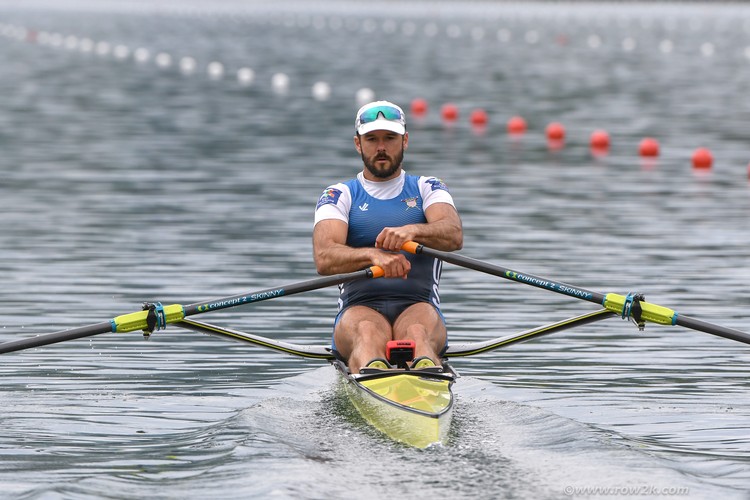 "Despite this result, I am really proud of the quality of the work I've put in. It's been an awesome ride and I have no regrets whatsoever."

Graves will stay in Lucerne to contest the World Cup II regatta coming up this week.

Along with Graves, the other US open men's sculling crews of Kevin Cardno and JP Kirkegaard and the Men's Quad of Charles Anderson, Justin Keen, Eliot Putnam and Sorin Koszyk saw their Olympic bids end in Friday's reps. 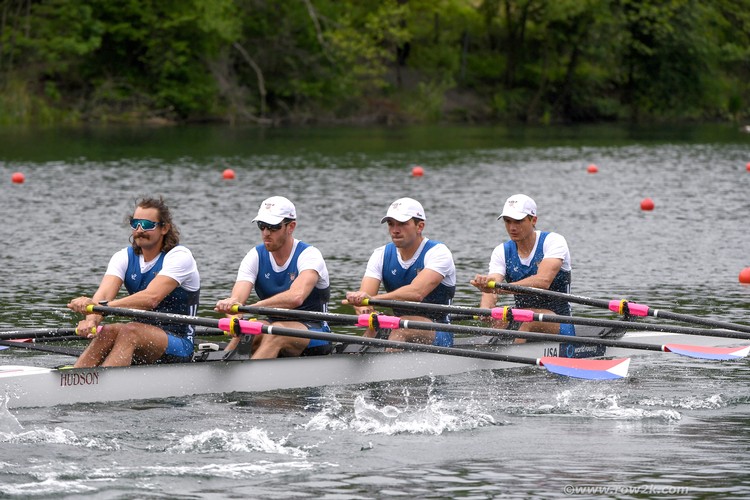 The failure of the men's crews to qualify also means that Tokyo will mark the first Olympiad since 1912 that the US will not field crews in any men's sculling events. Men's sculling in the US is a void internationally at the moment, but this void could also be an opportunity for the next generation of scullers who want to seize it.

"The experience was priceless," said men's quad coach Sean Hall. "When you are training in a vacuum, and your only test of speed outside of training is trials, it can really leave a crew wanting of experience. In all fairness, it was a very short road to the most difficult regatta there is, but for athletes who plan to continue, and despite the outcome of racing, I believe there is no better competition to go through to prepare for future racing."

The Best of the Rest (of the World)

Russia had an absolutely enormous day at the FOQR, qualifying fully five crews at Lucerne (W2-, W2x, M4x, M2x, and M1x). Counting the European Olympic Qualifying regatta in early April, where Russia qualified the LW2x and the W1x, Russia has now qualified for Tokyo in 7 events, after qualifiying for zero via the 2019 World Championships.

These results are drawing both interest and scrutiny; with Russia already barred from an official presence at the Tokyo 2021 due to serial doping violations (the international Anti-doping agency WADA banned Russia from all international sports for four years in December 2019), Russian rowers are only able to compete in Tokyo as so-called "neutral" athletes, under the "Russian Olympic Committee" banner. 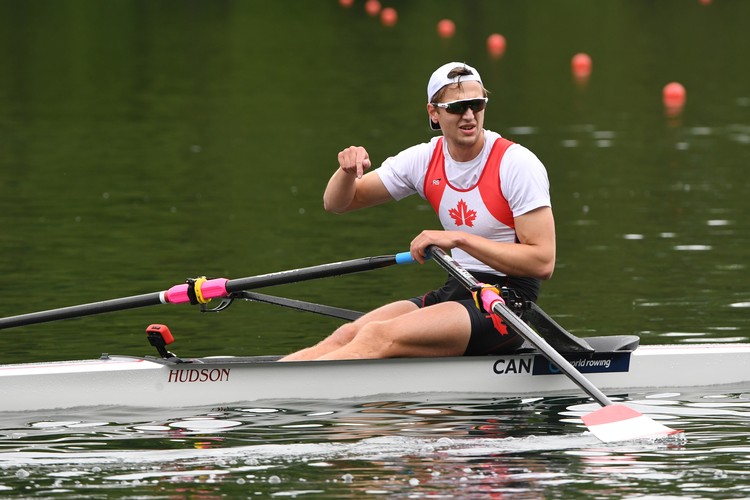 Canada also showed up big-time in Lucerne, snagging spots in the Men's Four, Men's Lightweight Double, and Trevor Jones in the Men's Single.

Jones, who came into the regatta as a two-time U23 World Champion, passed his biggest test in big-boy sculling with flying colors, knocking pre-regatta favorite Natan Wegrzyycki-Szymczyk of Poland, former IRA-winning Cal M8+ stroke seat, out of the Olympics. 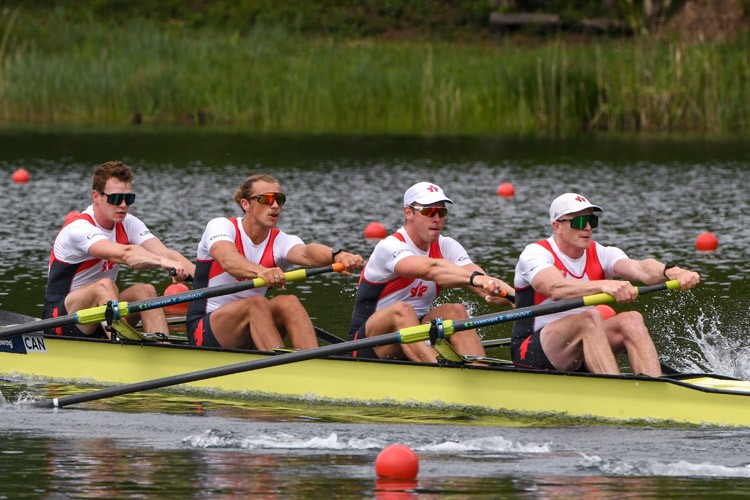 CAN M4- is headed to Tokyo

New Zealand, who have been in the rowing news recently with so many retirements and other stumbling blocks in the run-up to Tokyo, got themselves a solid berth with a win in the M8+, which includes Hamish Bond. Ireland picked up two spots, in the W4- and LW2x, highlighting the results of their recent efforts on the women's side.

Interestingly, China has reemerged on the scene in the women's big boats, qualifying both their women's eight and four for Tokyo. The Chinese women's eight in particular looked sharp, finishing ahead of perennial powers Romania, Germany (with Washington V8+ rower Tabea Schendekehl at stroke) and the Netherlands to seal their bid.

One crew, the Swiss Women's Quad, had the shortest (and saddest) route to non-qualification at the regatta, when a positive COVID test knocked the crew out of the competition even before it began; the crew were quarantined and did not take a stroke on their home course, whew.

An earlier version of this article referenced 1952 as the last time the US did not field any Men's scullers; the US raced a M1x and M2x at the 1952 Olympics. The actual last time there was no US men's sculling in the Olympics was 1912. Thanks to John Powers of the Boston Globe for catch. 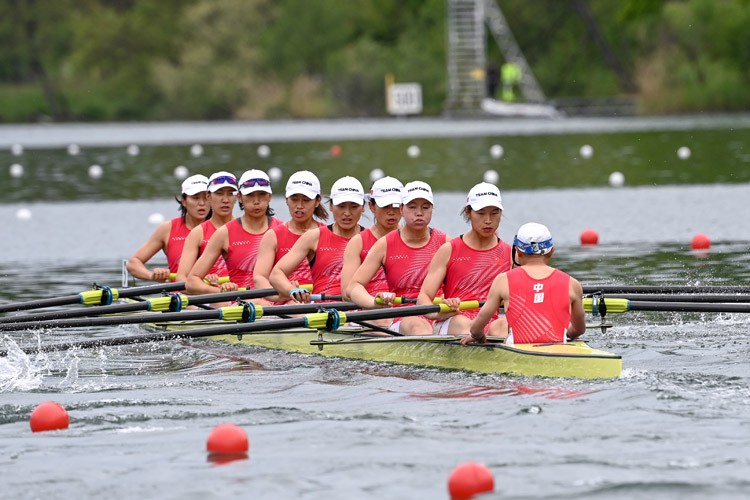