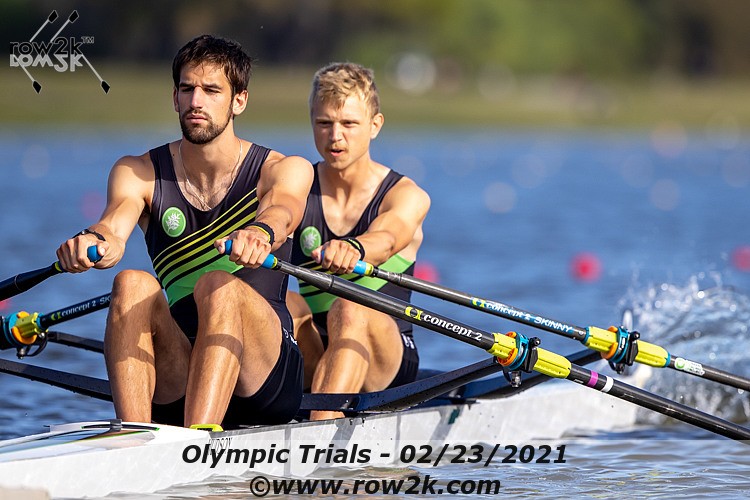 Tuesday's racing at the first US Olympic trials saw the long-awaited return of what all athletes who row competitively have dreamed of, and yearned for, for much of the past year -- multi-boat racing, side by side. Not that the stakes are any different than they were during yesterday's time trials; the goal is to move on, and stay in contention for that coveted spot on the Olympic team.

Winning Heat 1, and also finishing with the fastest time in the event today, was Cambridge's Cicely Madden. Madden, along with the other heat winners Kara Kohler, Gevvie Stone, and Princeton TC's Sophia Vitas, all move on to Thursday's semifinals, where they will be joined by the four winners from tomorrow's reps. With only one to advance from each of the races today and tomorrow, athletes had to bring their A-Game, but by and large, this was a source of inspiration. 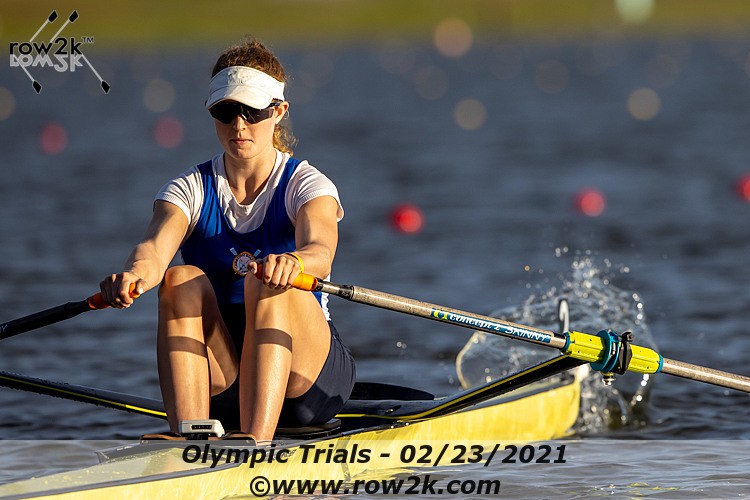 "It has been very exciting getting back into the race mode," Madden said. "I think it has been hard for everyone to adapt to training in quarantine, so to finally be here at trials is a special feeling."

"This is my first time racing the single so I'm learning something new everyday, and trying to have fun while I'm at it," added Vitas. "We've gotten a lot of good training back in Princeton and winter camp so it's really exciting to get a chance to line up again and test my fitness in a formal race, especially with such a deep field."

We asked a few athletes if they changed their approach between the time trial and the start of side-by-side racing, and most athletes held the view than any chance to race is a chance to make progress.

"I think it is always important to learn and adjust after each racing opportunity especially when it changes from the time trial style to side by side," said Madden. 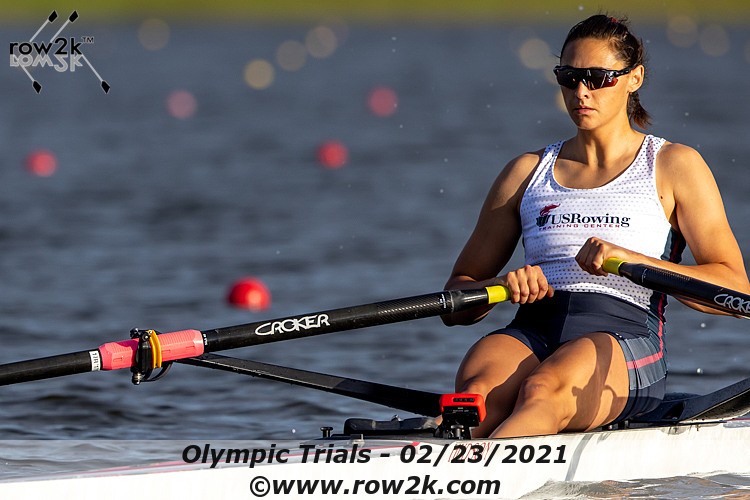 With the main goal of the trials in the Women's Single being to identify the USA entry in Tokyo, the trials will also run a B-Final in the event. The main reason for this is that placement here at the trials has implications for athletes working towards selection invites for the Women's Double and Quad, both of which are already qualified for Tokyo. While the Women's Double goes to trials in April, athletes here also have a chance to earn an invite to Quad selection camp.

To wit, from the USRowing Olympic selection procedures (linked in full below): "For crews at the Olympic Trials (W1x or W2x) to be automatically invited to the W4x camp, they must finish within 1% or less of the winner's Gold Medal Standard percentage for that event (W1x or W2x)" - so you can expect pretty much full tilt racing all the way through the ranks come Friday.

"The thing that is more jarring is seeing so many people out there!" said Futterman. "I train alone for most of the year, so the last several weeks of being able to train alongside some talented scullers has prepared me well for this week." 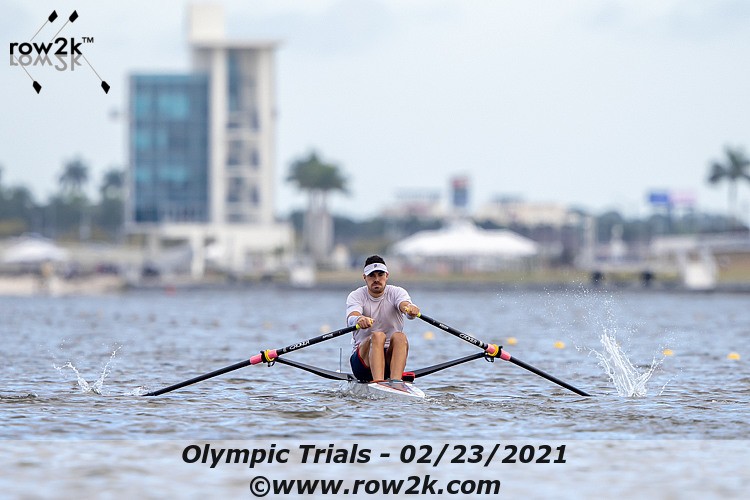 "No matter how much training I've done in the past year, nothing can really prepare me for the first 10 strokes," added Phifer. "For that reason I'm grateful it's a long race week to get used to doing a full 2k off the start. I'm happy I was able to work the time trial and perform in the heats, and I feel that much more prepared to take on the semifinal."

Conditions changed significantly from the time trials to today's heats, with yesterday's building tailwind giving over to a pretty solid headwind today. Most athletes stressed adaptability. 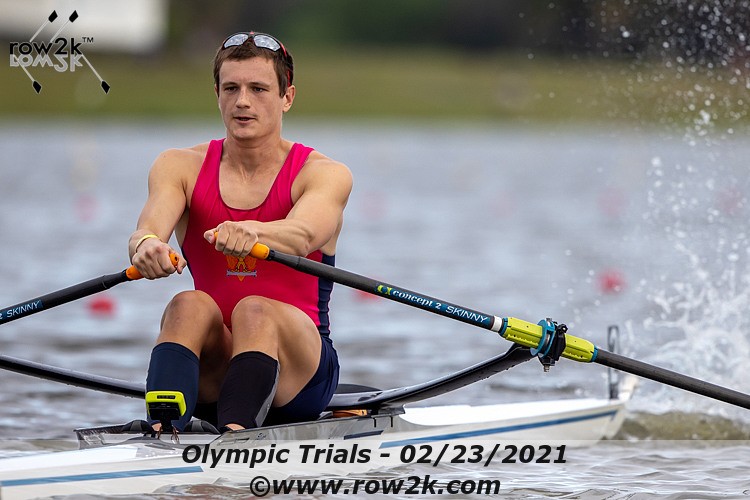 "The goal of my training the past few months was to be ready for anything, headwind or tailwind, being up or down after the first minute," said Phifer. "I'm trying to take it one day at a time and take what I can from each race. There are many races this week and each one is different; my intention is to adaptable for each one."

The three fastest combinations from yesterday's time trial in the Men's Double confirmed their initial speed today, with each crew winning their heat in the two-to-qualify progression. Like yesterday, the Green Racing Project duo of Jacob Plihal and Mark Couwenhoven set the pace, with the Vesper composite crew of Kevin Cardno and Jonathan Kirkegaard and Penn AC's Charles Anderson and Eliot Putnam also advancing.

"We are very excited to continue into the semifinals," said Couwenhoven. "The Heats were a great opportunity for us to get used to lining up and executing our race plans. We both look forward to the next race and we have our sights set on the Grand Final."

Couwenhoven described the crew's approach to the week of racing as a mix of "big picture" planning and taking it race by race.

"We actually do a little bit of both," he said after the racing. "There is a general framework of how we like to progress and execute our pieces. However, we are also very mindful about contingencies or conditions that occur while racing too."

The LW2x was the only event today with two to advance, and the results reflected this, with the two lead crews in each heat more or less establishing themselves, and then racing to stay in control throughout. As Emily Schmieg, who along with partner Mary Nabel won her heat today, it's all part of the plan for the whole week.

"The progression has been pretty clear since entries closed, so our plan was built around it," she said. "There is always something to learn race to race. Every trip down the course is an opportunity to go through our plan and fine tune it." 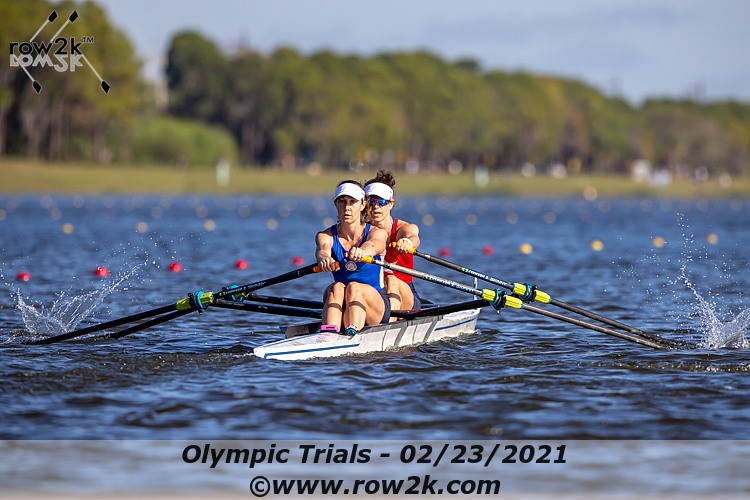 Like the other athletes, Schmieg has welcomed the chance to get back in the blocks.

"Getting back into racing is great! It's been a year and half since I last raced and almost two since we raced the double (2019 World Champs trials, -eds). We're taking the whole week and executing race by race."

The nine-boat Light Women's Double field will end up racing a time trial, three heats, and a rep to eliminate one crew in advance of Thursday's semifinals.

By contrast, the shortest program of the week is in the Light Men's Double, where the two heats today saw the two Vesper crews of Liu/Heese and Remland/McCullough move directly to Friday's A-Final with their wins today - making the two crews the first Olympic Trials finals qualifiers. 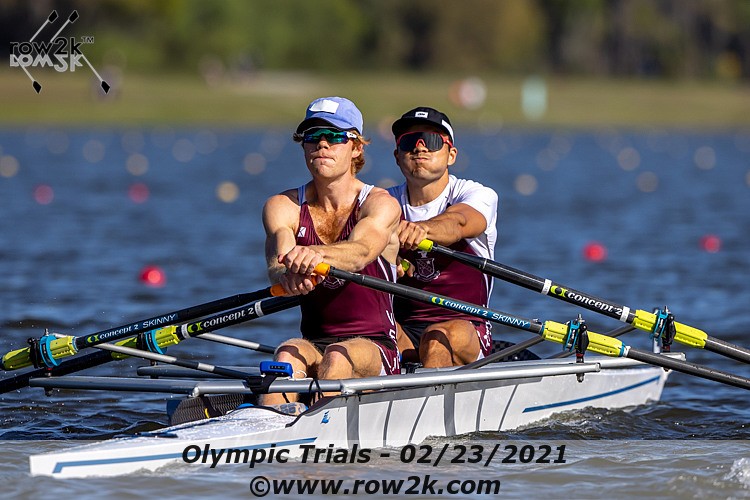 For Josh Remland, the experience has been about performing without being intimidated by the magnitude of the task. 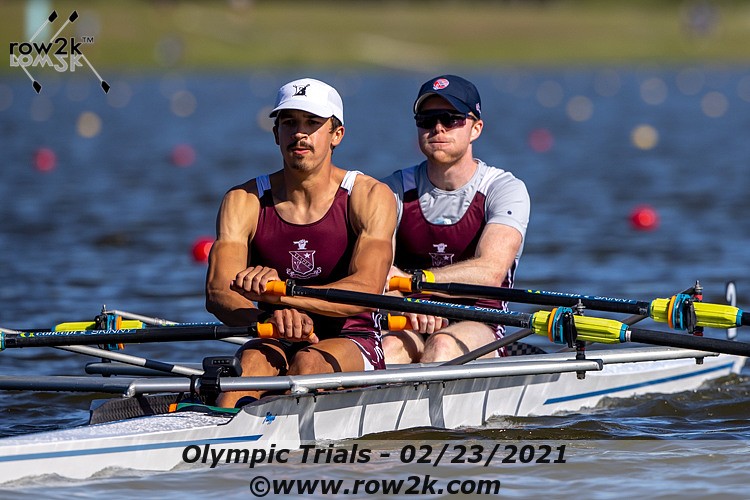 "I have a lot of respect for the guys that I'm racing against," he said. "I know everyone's been working hard to get here, so I'm thankful for the opportunity to race in this final. The time trial was a valuable opportunity to practice racing and get a feel for what's working so we can identify what's making the boat go fast to better execute the piece in the next race. We definitely feel that with each race opportunity, we're better prepared for the final and that we're able to make the necessary changes to make the boat go faster." 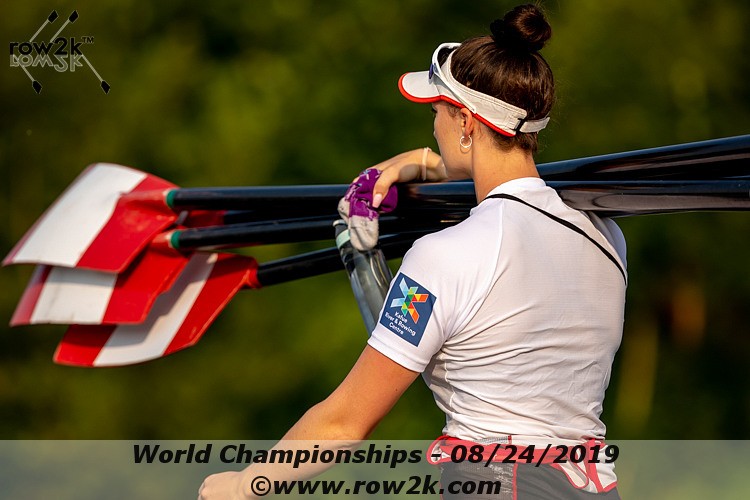 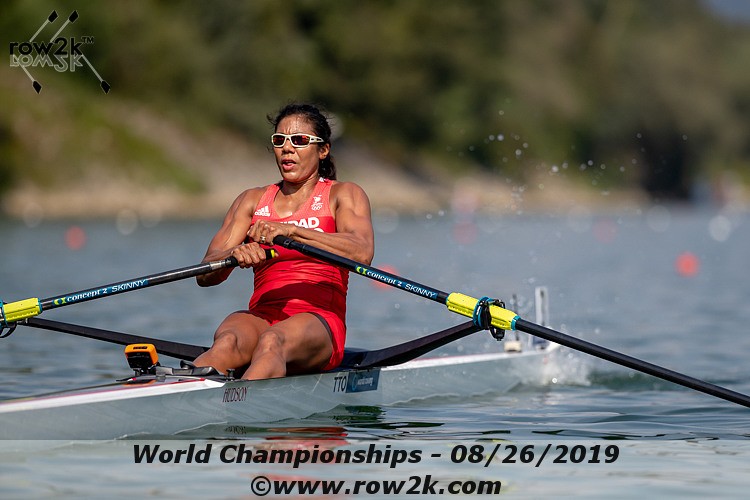 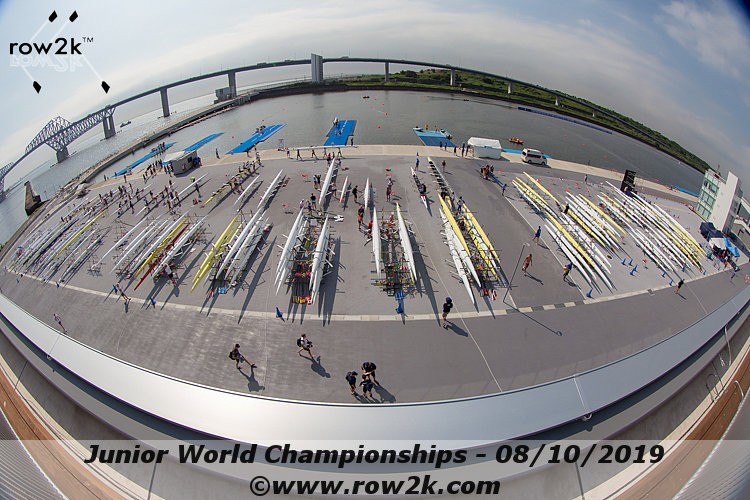 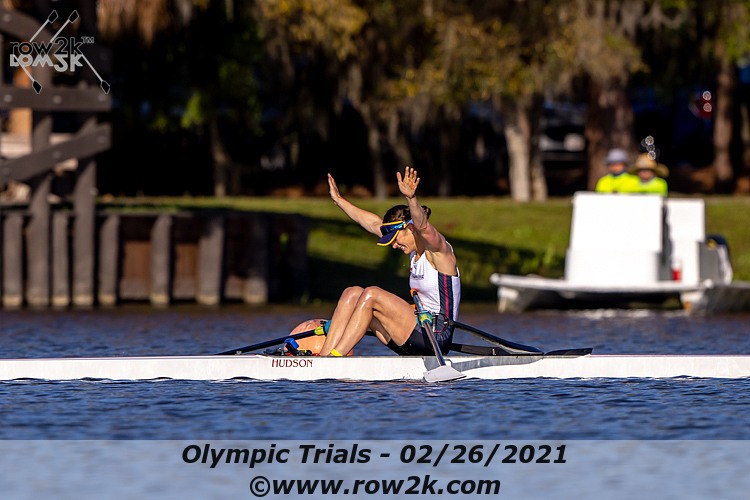 Olympic Trials I - Finals: Seats Gained, Paths to Tokyo Charted
Get our Newsletter!
Enter your email address to receive our updates!