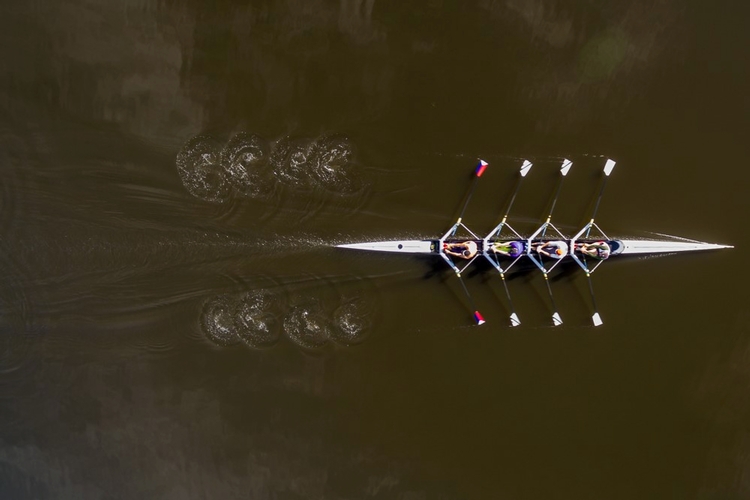 The weeklong event to determine the first athletes that will represent the United States at the 2016 Olympic Games in Rio is officially underway.

Three men's quadruple sculls crews competing for a chance to race at the Final Olympic Qualification Regatta in Lucerne, Switzerland in May, and ultimately compete in Rio this summer, rowed in a time trial for lane positions Sunday. The final is scheduled for Tuesday at Nathan Benderson Park in Sarasota, Fla.

The quad is one of nine boat classes that will race this week at the 2016 U.S. Olympic and Paralympic Team Trials - Rowing.

"We're excited to get things started in the second leg of the Olympic selection process," said Curtis Jordan, USRowing Director of High Performance. "The venue, the local organizing committee, the USOC and the athletes are all ready for a week of exciting racing."

Crews participating in the regatta will have a practice day Monday before racing resumes Tuesday.

The men's single sculls, men's double sculls and men's quad all compete to represent the U.S. at the final qualification regatta.