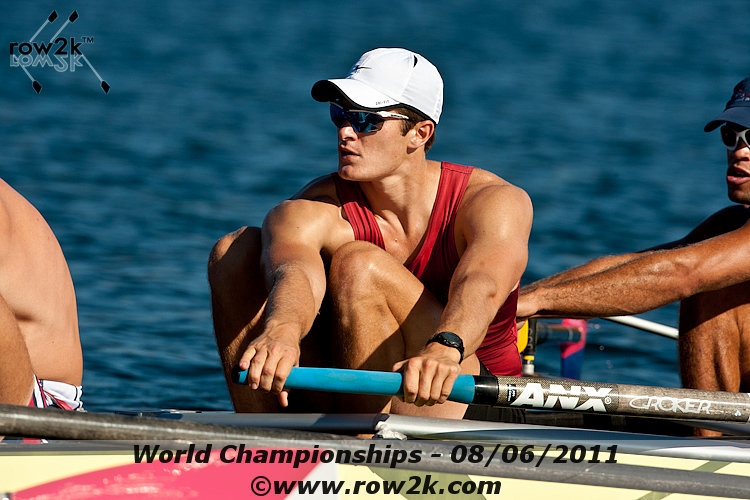 row2k Starting Five: Henrik Rummel"A year later at the 2004 camp I got a chance to seat race him, and crushed him by like 5 lengths or something. That was the sweetest redemption I have ever felt."     » more 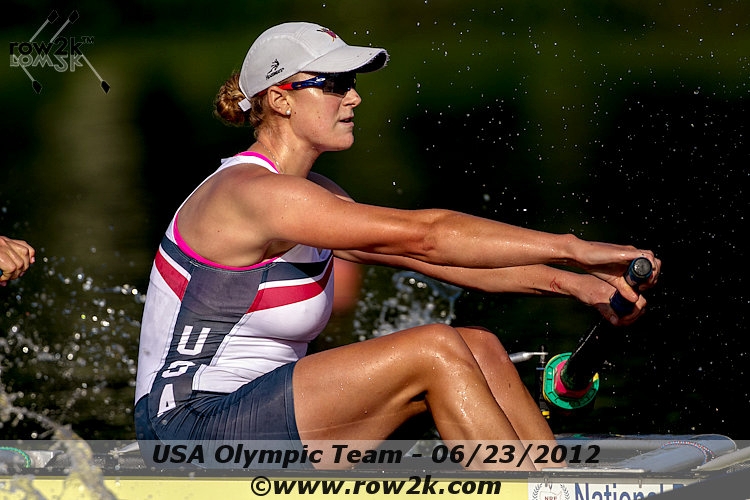 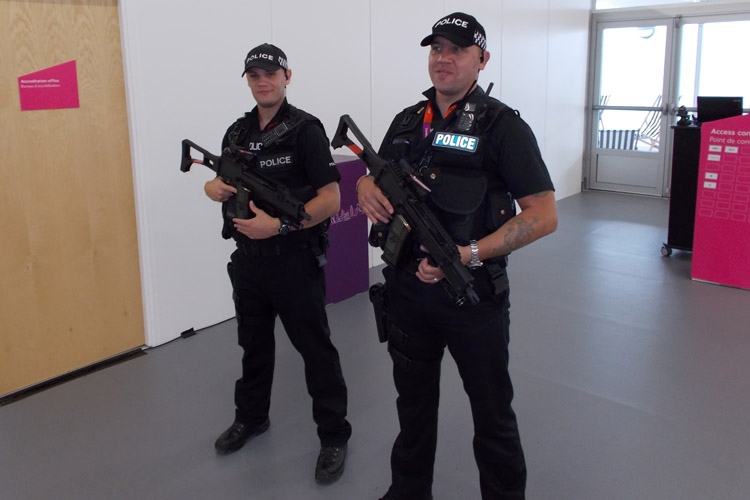 First Day of London 2012And so it begins! We flew out of Newark last night and got into London at about 6:30 this morning, on very little sleep - so it's been a very long day. We spent about 30 minutes at the airport sitting around waiting to get our accreditation - basically the laminated sheet of paper that is our ticket to all the villages and venues.     » more 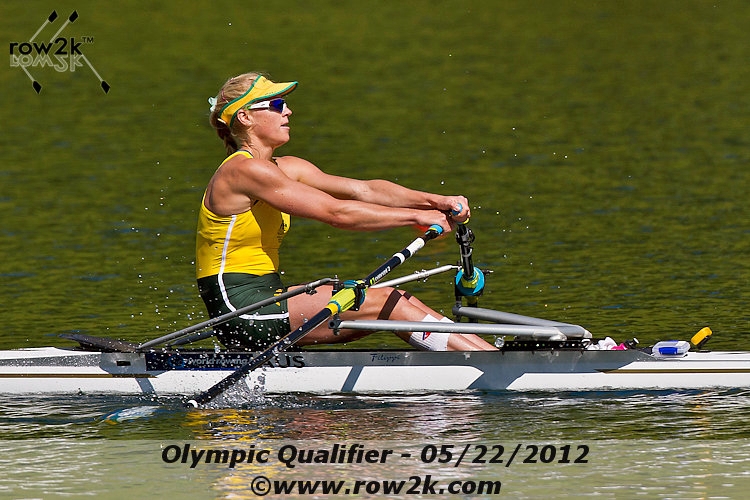 row2k Starting Five: Australia's Kim Crow"When we pulled in to the dock, I was commended on my "interesting" rowing technique. I was a little perplexed, but didn't think much of it. Later, I found out that I had rowed square blades the entire race."     » more 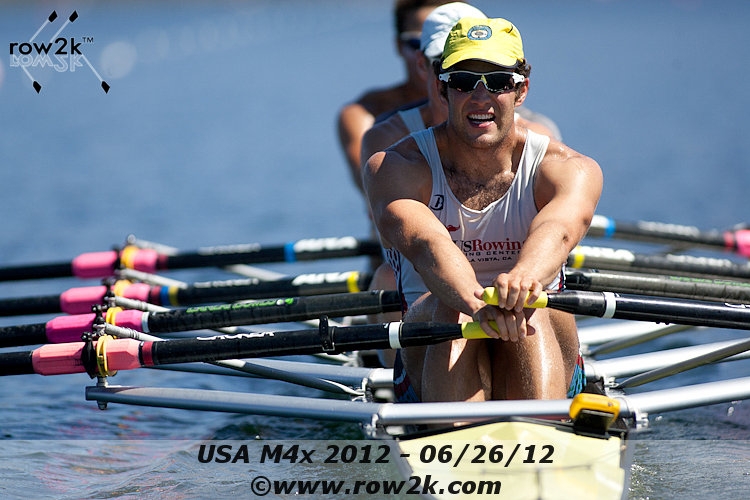 row2k Starting Five: Elliot Hovey"I then had to paddle 3k back to the dock arms-only with a laceration bleeding all over my boat. I then rushed to the ER. That was a real bummer of a workout."     » more 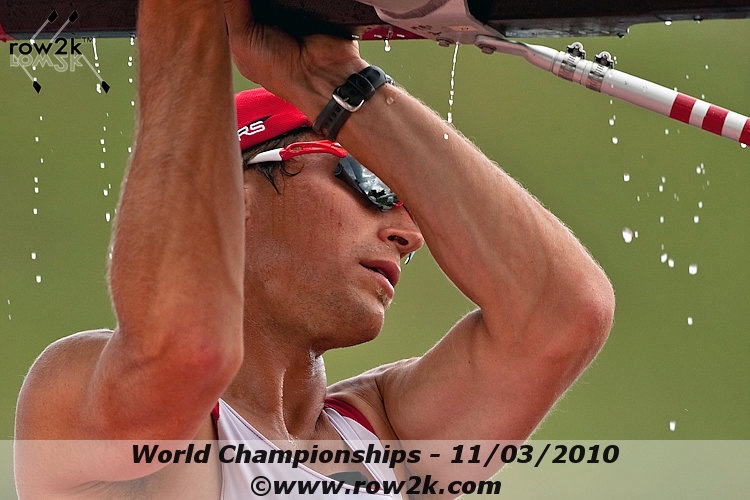 row2k Starting Five: Canada's Dave Calder" Worst practice in recent memory has to be the hour-of-power I set out to break the 1:40 split barrier. Although I had come close over the previous weeks, I would negative split my way closer to the barrier."     » more 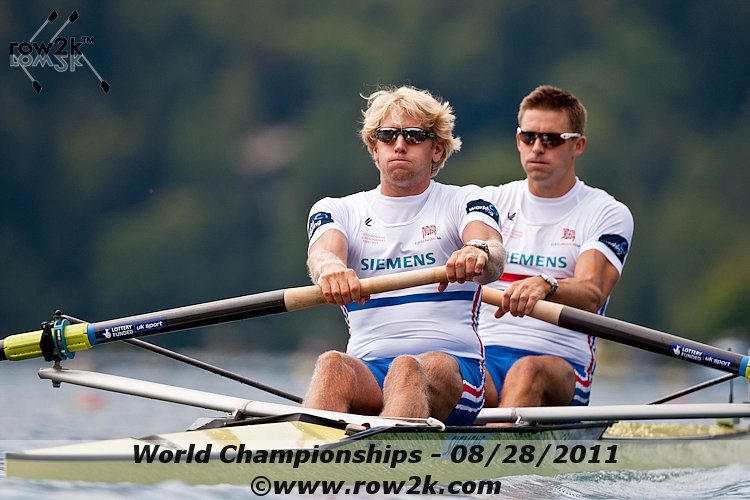 row2k Starting Five: Great Britain's Andrew Triggs-Hodge"It also felt like someone had taken a blender to my kidneys or liver or something in there! I've never experienced pain like that. Needless to say fun and games!"     » more 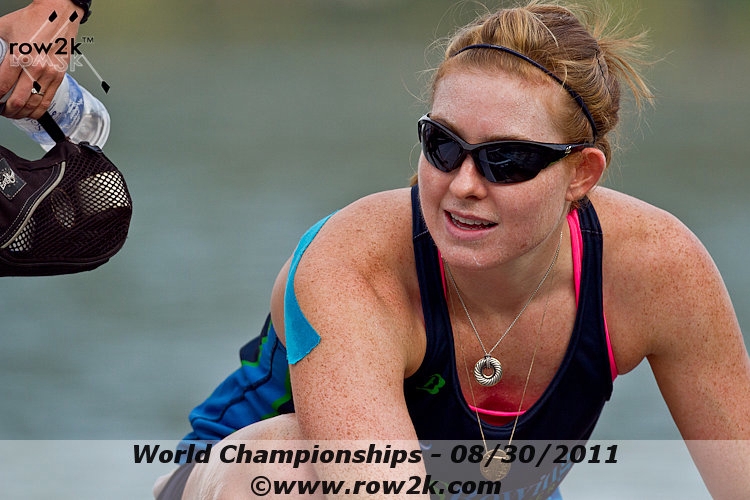 Caroline Lind - Four Years Later"I think my most memorable moment was being on the medal stand. I will NEVER forget that moment and it was the highlight of my last Olympic experience."     » more 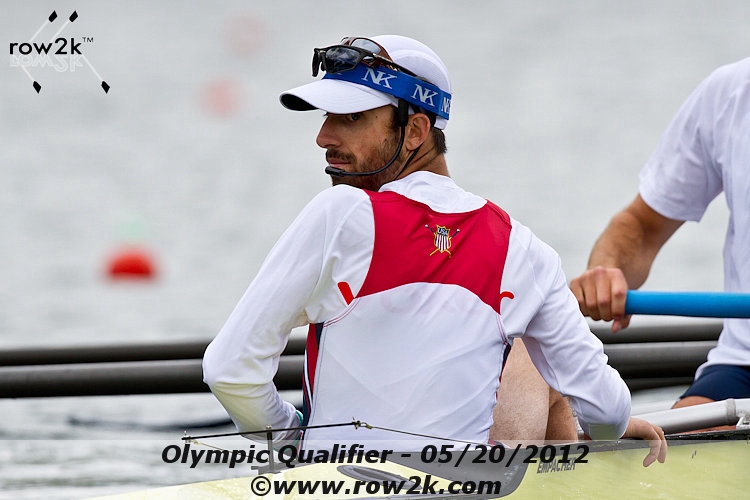 row2k Starting Five: Zach Vlahos"We crossed the finish line and both the Stanford coxswain and I looked at each other having no clue who won. We rowed back to the dock where we were told we had won. It was memorable just because it was so close between 3 boats the entire way."     » more 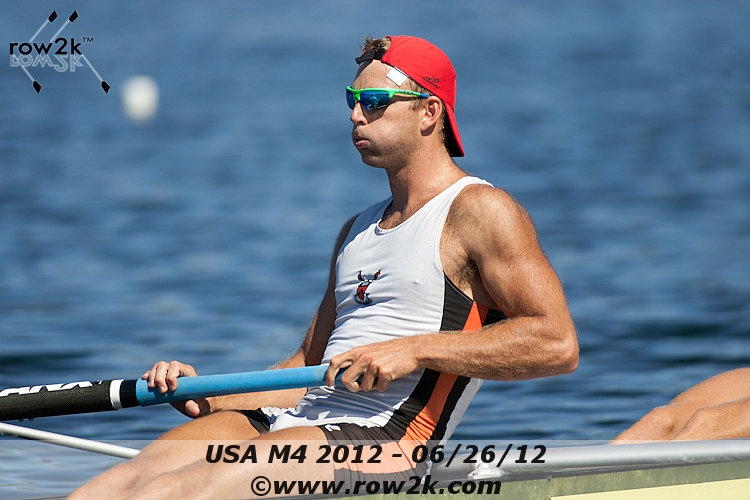 row2k Starting Five: Glenn Ochal"After warm down we were derigging the boat as some of the guys mentioned we won. I said it was pretty cool to be the fastest collegiate crew at the Head of the Charles, then they corrected me in that we won the event straight up. That was a fun day."     » more
Pages:
1
2
3
4
5
6
7
8
9
10
» next page
back to top
Our Past Coverage