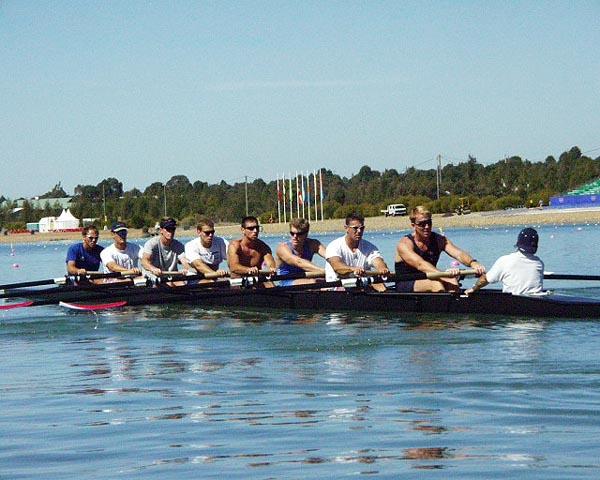 US Men's 8 training on the Penrith course

In the women's single sculls, Missoula, Mont. native and two-time Olympian Monica Tranel Michini qualified for the Games at the 2000 FISA Olympic Qualifying Regatta in Lucerne, Switzerland, July 10-12. Michini, a silver medallist in the eight last year, is competing in the single for the first time internationally since the 1997 World Championships where she finished seventh. In the opening heat, Michini drew defending Olympic champion and 1999 world champion Ekaterina Karsten from Belarus. Karsten enters the Games as the favorite. Bulgaria's Rumyana Neykova and Germany's Katrin Rutschow-Stomporo will be Karsten's toughest challengers. 1998 World Champion Irina Fedotova will not be competing in the single as she moved into the Russian quad last month.

In the men's event, Don Smith (Buffalo, N.Y.) switched to the single less than a month before the U.S. Olympic Trials. After defeating Aquil Abdullah in a hard-fought, three-race final, Smith went on to finish 10th at the world cup stop in Lucerne July 14-16. Internationally, the men's single is one of the deepest, most competitive rowing events in the Games. Switzerland's Xeno Muller and New Zealand's Rob Waddell are the favorites heading into the competition. Muller, who will race Smith in the opening heat, is the defending Olympic champion and won the world cup stop in Vienna in June. Waddell is the defending world champion and won the world cup event in Lucerne, an event Muller missed due to an injury. Canada's Derek Porter, Estonia's Juri Jaanson, and the Czech Republic's Vaclav Chalupa, just to name a few, are contenders as well.

In the men's pair, Sebastian Bea (San Francisco, Calif.) and Ted Murphy (West Newton, Mass.) finished second at the Olympic qualifier less than two seconds behind a strong Yugoslavian crew. The Yugoslavian duo, which the U.S. will face in Sunday's opening heat, won the world cup event in Munich, finishing five seconds ahead of the reigning world silver medallists from France. Internationally, Australia has established itself as the crew to beat. The superstar tandem of James Tomkins and Drew Ginn couldn't compete in Lucerne because Ginn was injured. However, Tomkins paired with Matthew Long and still won the event. Tomkins and Long are favored to win gold in their home country.

Four years ago, Karen Kraft (San Mateo, Calif.) and Missy Ryan (Bloomington, Ind.) missed the gold medal in the women's pair by 0.39 seconds. After taking two years off, the duo mounted a come back last year only to finish second at the world championship trials and miss making the team. The pair's comeback came full circle at the Olympic trials in June when it dominated the best two-out-of-three final. The duo went on to finish fifth at the world cup stop in Lucerne. In order to reach the medal stand again in Sydney, Kraft and Ryan will have to compete against a deep international field that includes Romania, Australia, Canada, and Germany. The U.S. pair will have to contend with Romania and Germany in its opening heat.

Ruth Davidon, a two-time Olympian from Haverford, Pa., and Carol Skricki, a first-time Olympian from Norwood, Mass., earned their Olympic berth in the women's double sculls at the Olympic Qualifying Regatta in July. In spite of having to row at the qualifier, Davidon and Skricki established themselves as medal contenders in Sydney, winning bronze medals at the world cup stops in Vienna and Lucerne. Internationally, Germany's Jana Thieme and Kathrin Boron are the heavy Olympic favorites after dominating the world cup, and the U.S. crew will get to size them up immediately in Sunday's heat. Lithuania, the Netherlands, and Romania will all be in the medal hunt along with the U.S.

In the men's double sculls, Mike Ferry (Princeton, N.J.) and Henry Nuzum (Chapel Hill, N.C.) will be competing in their first Olympic Games. The duo has been together for only a short time compared to the other crews in the event, coming together in May of this year. In its opening heat, the U.S. will face the gold medal favorites from Slovenia. The crew of Itzok Cop and Luka Spik won the world title last year and both world cup events it entered in 2000. Slovenia's toughest challenge will come from Norway's Olaf Tufte and Fredrik Bekken, winners of one world cup event this year and runners-up to Slovenia at the other two. 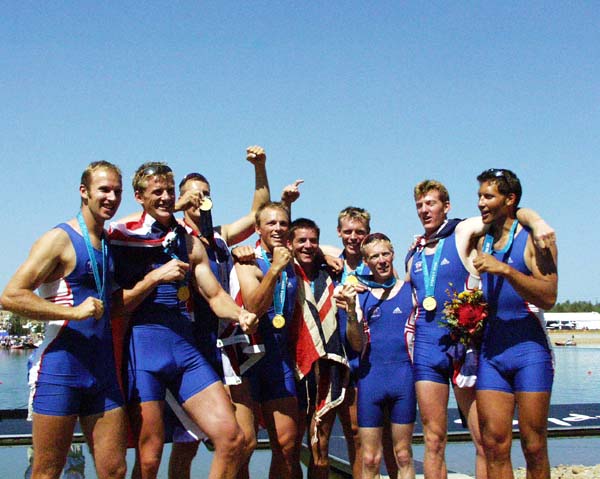 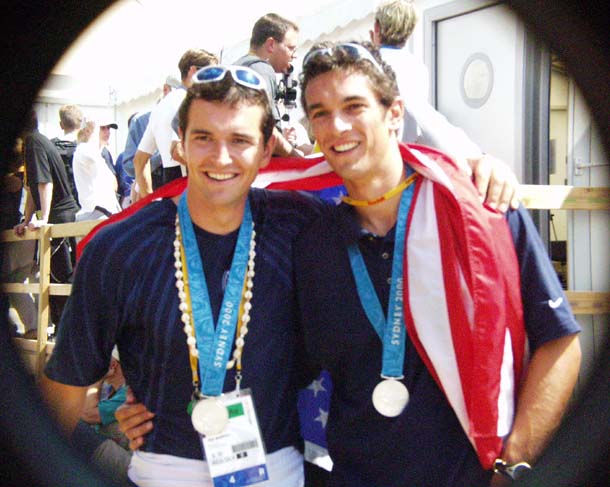 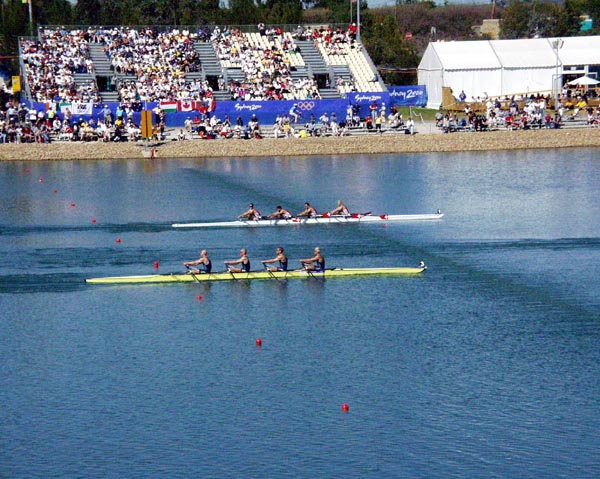 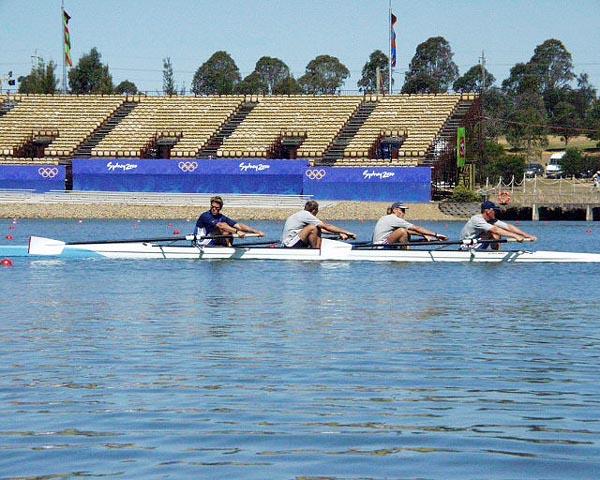