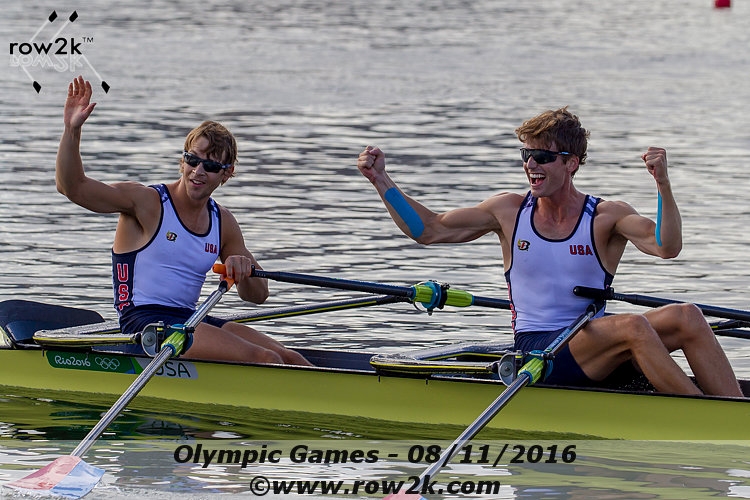 Andrew Campbell and Josh Konieczny in the USA LM2x had a massive semi-final race today! After sticking with the world champs from France out of the gates, they slamming the door on the Irish and GB crews with 20 strokes to go. Campbell and Konieczny clinched a spot in the A-final with the second-fastest qualifier time and became the first American crew to reach the LM2x final. Here is what they had to say after the race.

How do you feel about making the A final in the Olympics?

Campbell: When we first convened to training group two years ago, making the A final was our ultimate goal, and now we're in. I guess I haven't really thought beyond this point at all. So yeah, we'll figure it out.

Have you thought beyond this point at all?

Konieczny: Absolutely not. I told Andrew after the race, I was thinking as if this was the last race and there's nothing after. We'll go recover and kind of get back in the same mindset as this morning, but we're excited for the final.

When you hit the last 500, what's going through your head?

Konieczny: What was going through my mind was, it was a game of cat and mouse. Do we shift here and risk blowing up a bit? We know Ireland can sprint, we know Britain can sprint if they need to, and we just tried to go as hard as we possibly could. The last 250, I did not look out of the boat at all. It was just straight ahead, go as hard as you can, and hope you come out on top. 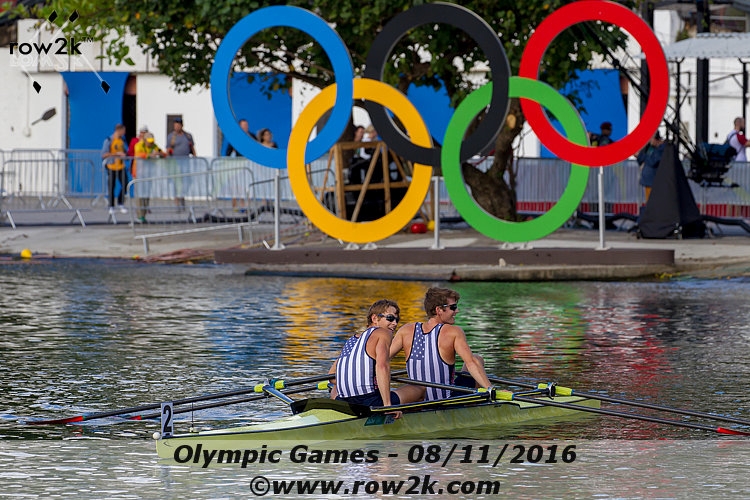 What are you thinking about when it's four boats across and nobody's giving up?

Did you feel like you had a sense of where everyone was in the field when it's tight like that?

Konieczny: I had a vague sense, especially during the sprint before I got into real lockdown mode. I looked over and it was like, okay, we're ahead by a little bit. Let's just hold it.

Could you see where France was?

Konieczny: I didn't really pay attention to France in the last 500.

Did the water remind you guys of the basin?

Konieczny: It's way nicer than the basin.

Campbell: You've worked on rowing in the crosswind quite a lot this year. We spent a lot of time in Sarasota where this is a big crosswind, so I think it prepared us well.

Was the wind stronger when you raced than you thought it was going to be, or did you even notice?

Konieczny: It was just about normal. For certain it was not as bad as during the heat, so the difference being you really couldn't feel the waves moving the boat. It was nice to just be able to set up.