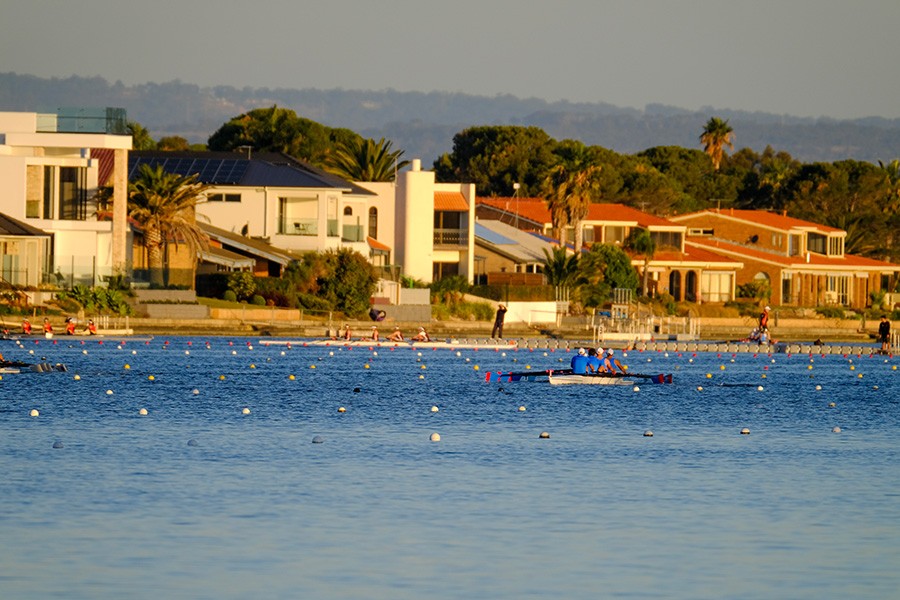 While Sydney, Australia - the home of Bont Rowing - enters its 10th week of lockdown, rowers locally and further afield can look forward to a shimmering light at the end of the tunnel with the soon to be released BR2. With more than seven medals captured in Tokyo with Bont Rowing shoes affixed to the stretcher, the BR2 is set for even greater success as Paris looms just three years away.

"The PBR2 has been our most winningest shoe to date but the BR2 has set an entirely new standard for competition-level rowing shoes", says Bont Rowing CEO Steven Nemeth.

Built around the the same world-level BR1 chassis (due for late 2021 release), the BR2 delivers a new level of performance, fit, comfort and safety unseen in the rowing footwear world.

"We're unashamedly bias but with years of feedback from rowers across all levels; from elite through to club, masters and school programs, we're absolutely confident of how they'll be received. We've taken all the key elements to the range; signature anatomical fit, two-piece carbon Split Sole construction and then lifted every aspect of the shoe to another level. In short, the BR2 is more better suited to an even larger spectrum of foot shapes with improved comfort and support while improving efficiency through a closer connection to the stretcher and last but not least, they look stunning!"

Improved bend point elasticity, wider heel cup counter and a specifically-designed archived gateway provide a more versatile feel across the entire size range while the use of Super Stretch fabric around the first and fifth metatarsal enhance comfort even further.

"There's a widely complex range of shoe and foot movements to take into consideration when designing rowing shoes and the bend point is just one area we know an advantage can be taken. While still the only company to design a true anatomically-correct rowing shoe with tailored bend point, the BR2 sees the necessary bend point force decreased by over 50%. The energy required to bend the shoe in half might not seem like a lot for a single stroke but considering a rowing shoe bends in half around 2,500 number of times during a two and a half hour session, this is energy that adds up! We can't wait to see them in action towards the later part of the year as they look to be supplied to our partnered boat builders, distributors, clubs, schools and sponsored athletes".

The Ranking: Women 6 to 10
Get our Newsletter!
SUBSCRIBE
Support row2k!
If you rely on row2k, please support row2k!
Advertiser Index
Advertise on row2k