Longtime GB lead coach Jürgen Grobler has signed on as Executive High Performance Consultant for the French Rowing Federation (Fédération Française d'Aviron/FFA); Grobler is the winningest coach in Olympic history, having coached 12 Olympic gold medal crews as well as an Olympic medalist at every Games since 1972 (save for 1984, when East Germany boycotted the LA Games).

The FFA made clear their excitement about the appointment in a statement, which reads as follows run through Translate: "The French Rowing Federation has achieved a véritable tour de force by enlisting the services of the best trainer in the world, Jürgen Grobler."

The French teams won one gold (M2x) and one silver (LW2x) out of five entries in Tokyo, and hope that the 75-year-old Grobler can assist in strengthening the team for the Paris 2024 Games "to make rowing one of the engines of French sport for the upcoming Olympiad."

Many British athletes expressed dismay when Grobler did not continue to Tokyo with the British teams in 2020, reportedly because British Rowing wanted to start the process of preparing for Paris 2024, and Grobler could not guarantee he would continue beyond the 2021 Tokyo event. Grobler did not coach or attend the Tokyo Games.

I've seen coaches move countries before, but this one really stings. Sorry British Rowing, I don't see how this strategy is going to put our athletes in the best possible position in a Paris. https://t.co/YLknlGCI9f

Not all British athletes were fans of Grobler; GB men's eight member Josh Bugajski expressed strong opinions to that effect after winning bronze in Tokyo, while other athletes supported Grobler's approach.

For more context, see our review of 'More Power: The Story of Jurgen Grobler' by Chris Dodd and Hugh Matheson here. 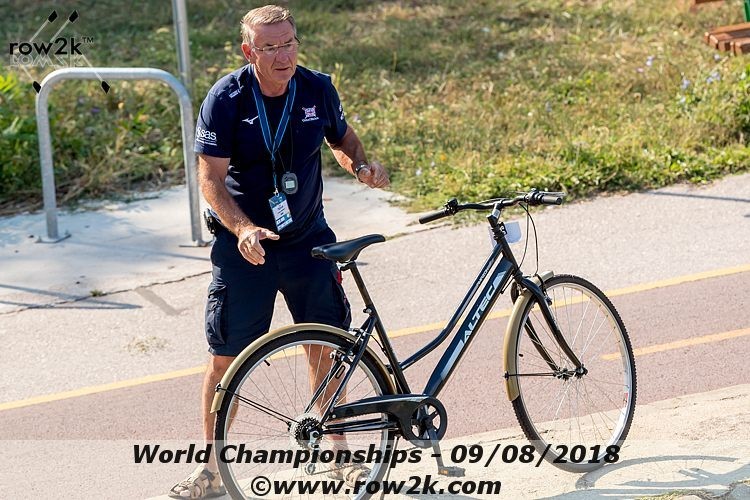