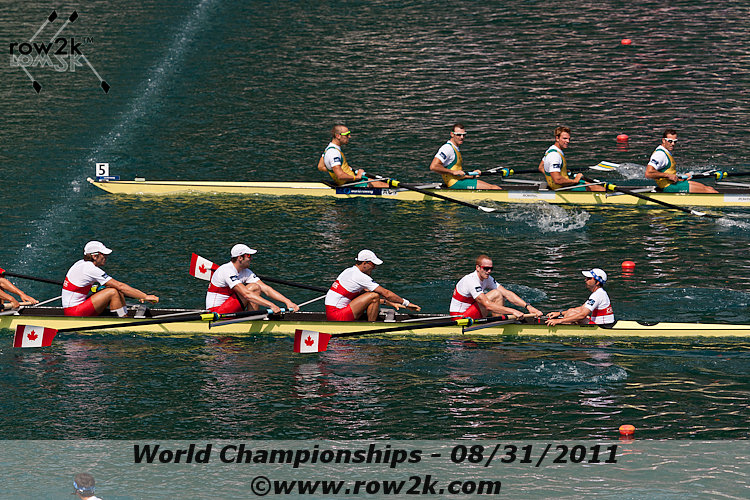 Canada has qualified the men's eight for the 2012 Olympic Games. At the World Rowing Championships in Bled, Slovenia, today the men's eight was second in the semifinal - guaranteeing that it will be among the top six, while seven boats overall lock up an Olympic berth.

Great Britain (05:31.51), Canada (05:32.37) and Australia (05:33.79) qualified from this semi, with Germany, the Netherlands and Poland moving to the A final from the other semifinal. The final Olympic berth will go to the winner of the B final, or seventh overall.

Today's semi saw Canada looking strong, especially in the first half of the race and they held on nicely to qualify. "I think everyone was really excited for this one - a lot was on the line in this semifinal with Olympic qualifying," said Andrew Byrnes, 2008 Olympic gold medalist. "We came out with a lot of energy and good focus. We did what we wanted to do - raced hard right at the start, pushed hard in the middle and I think it's going to be really tight tomorrow. I'm predicting five boats crossing the line with maybe only half a length between first and fifth. We're set to go."

Canada is the defending Olympic champion in the men's eight. This year's lineup is Brian Price (Belleville, ON), Will Crothers (Kingston, ON), Rob Gibson (Kingston, ON), Andrew Byrnes (Toronto, ON), Malcolm Howard (Victoria, BC), Conlin McCabe (Brockville, ON), Jeremiah Brown (Cobourg, ON), Doug Csima (Oakville, ON), and Gabe Bergen (100 Mile House, BC). Only Price, Byrnes and Howard were in the 2008 crew.

In other racing, the Canadian men's four won its rep today to advance to the semifinals. Canada crossed the line in 6:00.18, with the Czech Republic also qualifying from this rep in 6:03.34. The crew is Derek O'Farrell (Montreal, QC), Will Dean (Kelowna, BC), Kevin Kowalyk (Winnipeg, MB) and Anthony Jacob (Vancouver, BC).

"It was great to see the guys win the rep," said coach Terry Paul. "They made it harder than they needed to and struggled with the steering in the first 1000 (metres). Despite that, they demonstrated that they have the raw speed to challenge the top crews in the semi and potentially for the medals on Sunday. It's fun right now and they are loose." This boat will have to come in the top 11 overall to make it to the Olympic Games.

The lightweight men's double of Doug Vandor (Dewittville, QC) and Cam Sylvester (Caledon, ON) also had a strong showing today. In a tight race that was a fight to the 2000-metre finish, Greece won in 6:24.26, Canada finished in 6:24.65, and then France in 6:25.06 - these top three boats advanced to the semi.

"Although it's still only mid-way through the regatta, we are closing in on our team goal of qualifying boats for the Olympics, and we are all encouraged by the men's performances today," said Peter Cookson, High Performance Director for Rowing Canada Aviron.

Also today, the men's coxed pair (not an Olympic event) was second in its rep in 7:03.74, and now has a chance to medal in the final on Friday. Germany won the rep in 7:02.80. With top four moving to the A final, the U.S. and Croatia also qualified from this rep.

"The goal was to qualify for the final, rowing the type of race that would get us on the podium on Friday," said Kevin Light, who was a gold medalist in the eight in 2008. "We came close to doing that this morning, which we will take confidence from, but there are a couple areas that we talked about and will change in order to challenge for top spot in the finals."

This was coxswain Brian Price's second race of the day, this one with Light of Sidney, BC, and Steven Van Knotsenburg of Beamsville, ON.

The Canadian light men's pair - Morgan Jarvis (Winnipeg, MB) and Tim Myers (Penticton, BC) - missed out on qualifying for the A final after a fourth-place finish in the semi today. Italy (6:43.87) was first while Germany fought hard for second in 6:44.08 and New Zealand also overtook Canada to finish in 6:44.14. Despite a decent first half of the race, Canada crossed the line in 6:46.23, and will now row in a B final tomorrow for places seven to 12 overall.

The women's double also won its semi C/D in 7:03.78, and move to the C final for places 13 and on. The double is Kerry (Maher) Shaffer (Welland, ON) and Emily Cameron (Summerside, PEI). 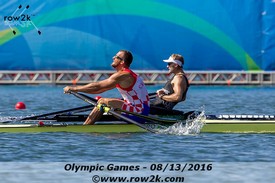 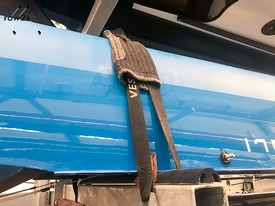