Harry Moseley passed away on July 22, 2020 after a nearly three-year battle with cancer. He loved life, was devoted to his family, and committed to making the world a better place. Harry was humble and hardworking, yet fiercely competitive, values honed during his time on the Cornell crew. His family, friends, and teammates mourn the loss of his physical presence, but are grateful for the time they spent in his company.

When Harry arrived in Ithaca, NY in 1957, Cornell rowing was in the midst of a storied epoch. From 1955-1962, Cornell won six Intercollegiate Rowing Association (IRA) Varsity 8 Challenge Cups and won the Eastern Sprints Varsity Heavyweight 8 three times. In this extraordinary time, Harry excelled being voted the 1961 Butler Memorial Trophy by his teammates for "having done the most for Cornell Rowing that year" and named 1961 Commodore.

Harry and Don Spero were in the Cornell freshman first boat selected by coach Carl Ullrich from among about 75 men who tried out for the team that year. Except for one of them who rowed in high school, none arrived knowing anything about rowing, not even its existence as a competitive sport. In the spring of 1958, they won all but one regular season race. They became Coach Ulrich's first Intercollegiate Rowing Association (IRA) championship crew and part of that year's Cornell IRA sweep, winning also the JV and Varsity championships, an unbelievably exciting close to their first year of intercollegiate athletics. 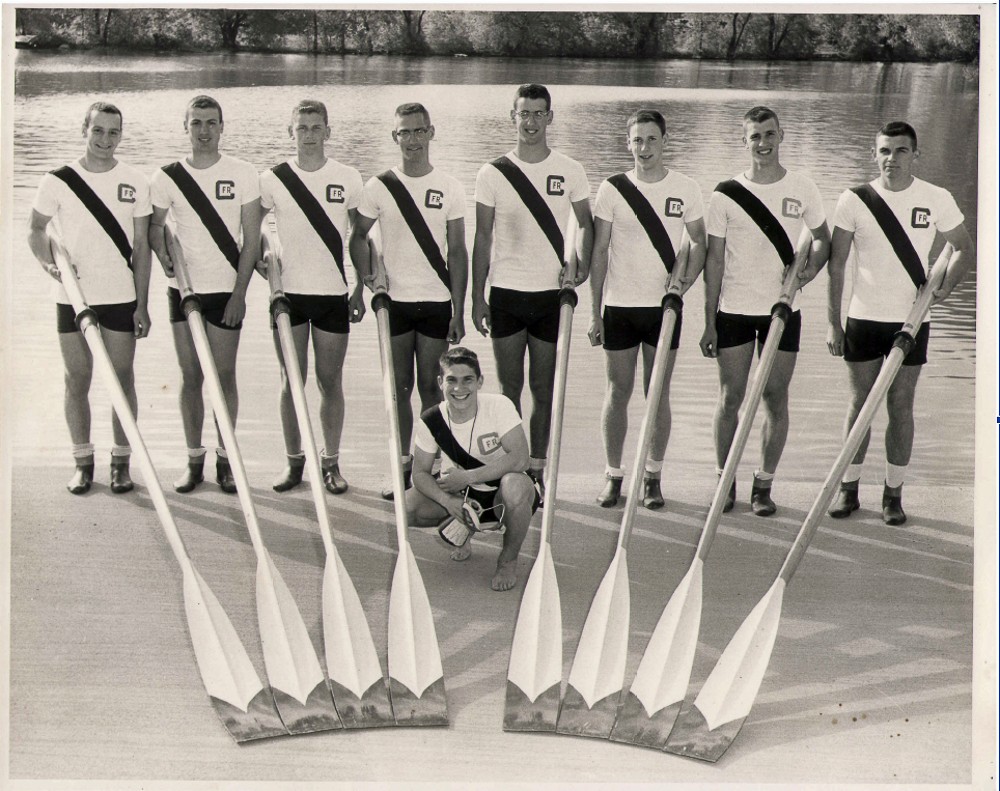 Two years later in 1960, Harry was the stroke of the JV eight. In a Wednesday time trial before the Eastern Sprints, their JV boat beat the varsity convincingly (later reported as three lengths). Their coach, Stork Sanford, therefore had them race again the next day, with the same result, so he declared their boat to be the Varsity and the other to be the JV for that weekend's Sprint Championships. According to Sports Illustrated's May 23, 1960 edition, Coach Sanford's Cornell faced three undefeated crews: Navy, Penn and Harvard. In their heat, Cornell beat Harvard by nearly three seconds, but Harvard made the finals. Some important context is that in 1960 rowing was in the midst of the transition from long races, often three miles, rowed at 30-32 strokes per minute, to the modern 2000 meter race rowed at higher ratings. In 1960, the Eastern Sprints was still the only 2k race. After Germany won the 1960 Olympic eight, by 1968, American collegiate rowing shifted almost entirely to the 2k distance with the Yale- Harvard races the exception. At the 1960 Sprints Varsity eight final, two strategies were evident, Navy at 36-37 and Harvard and Cornell at 31. With Harry in the stroke seat, Cornell drove to the finish at a powerful 32, beating Harvard by 4.9 seconds (1 1/4 lengths) and Navy by 5.4 seconds.

After Cornell, Harry graduated, married, raised a family, and contributed generously of his time and resources to numerous community causes. Following an early career in mechanical engineering, he moved into consulting for Price Waterhouse in Chicago, and then a long stint as IT director for several healthcare companies, including Baxter Healthcare in Illinois and Aurora Healthcare in Milwaukee. Harry's time working for Baxter in Belgium in the mid-1980s was pivotal and allowed him to see the world from a different perspective. For Caremark and Aurora, he and his teams were pioneers in developing electronic healthcare records systems, infrastructure that is now a standard in the industry.

Harry loved life, throwing his heart, body and mind into nearly everything he pursued. Family and friends meant everything to Harry and he was also deeply committed to making the world a better place, be it via his work on several political campaigns, volunteering for non-profits, or doing the right thing professionally. He relished family gatherings, working to tackle hunger through work with the non-profit The Gathering, fighting to address pressing social problems with Common Ground, volunteering on various political campaigns, and serving as an active member of his faith community, St. Mark's Episcopal Church in the Downer neighborhood of Milwaukee.

After graduating from Cornell, Harry did not seriously touch an oar for nearly four decades. When he came to the Milwaukee (MKE) Rowing Club in the early 2000's, he brought with him not only long unused power and meticulous blade work, but also continuously used kindness and generosity of spirit. Harry immediately adapted to carbon fiber oars and boats, much higher stroke ratings and took up sculling without catching a single crab. Almost daily, early mornings found Harry in the double or quad trying to squeeze in as many kilometers as possible before the workday. He also reconnected with old Cornell comrades, and between 2005 and 2014 helped Cornell alumni win the IRA Regatta Francis Shields Bowl for masters alumni eights (contested over 2k) five times and place second three times. Harry competed in the 2011 FISA Masters World Championship in Poznan, Poland, finished first in the G8 division at the 2006 Veterans Head on the Thames Tideway, finished first in the 2009 US Rowing Masters F8+, and finished first in the 2011 70+ eights at the Head of the Charles. 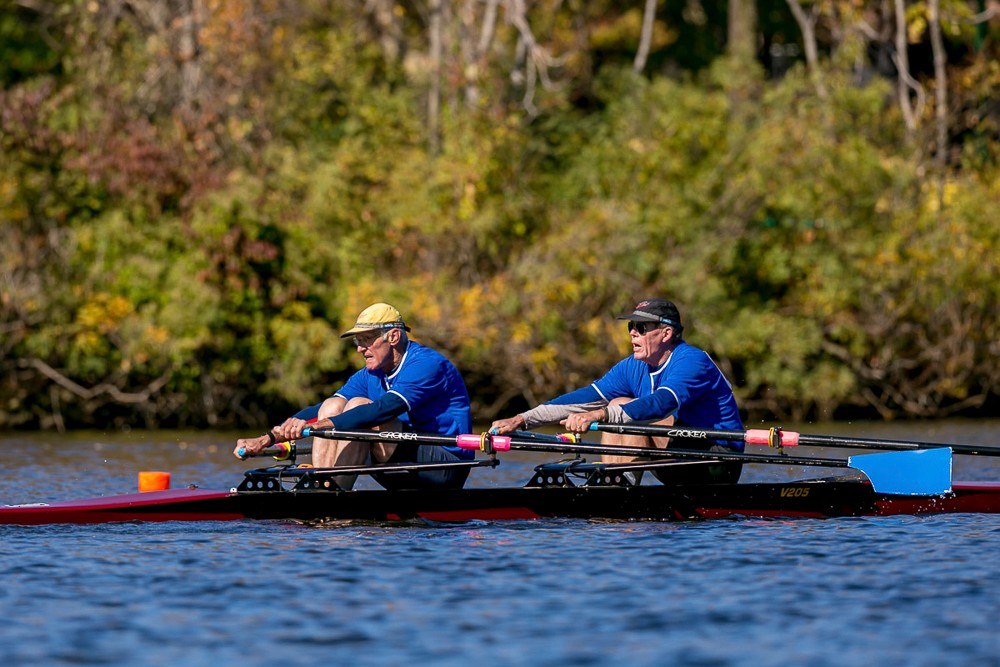 At the MKE Rowing Club, Harry helped with everything but, most notably, he computerized the timing of the Milwaukee River Challenge, previously stopwatches and slips of paper, improving it each year to produce reliable and nearly instantaneous results. No one could have a better teammate or club member, his unparalleled intensity matched by his gentleness and generosity.

BMA has been the battle cry of the Cornell Crew since the 1940s. It has a double meaning: a saltier "bite my ass" connotation which emerged from an intense rivalry with Harvard; and the more noble "best man afloat." Harry embodied both, demonstrating that it was possible to be energized, engaged and competitive, but also a decent and humble person who cared for the people around him as well as the less fortunate. We mourn his passing and embrace his legacy as a role model to us all.

Gary Ahrens was a friend of Harry's at the Milwaukee Rowing Club and an attorney. Don Spero was a classmate of Harry's at Cornell, US National Team sculler and technology entrepreneur. Bill Moseley is Harry's eldest son and a professor of geography at Macalester College.