In its inaugural year, the A Most Beautiful Thing Inclusion Fund (AMBTIF) program broke barriers within the sport of rowing by increasing sustainability, access to rowing, and diversity throughout youth rowing programs across the country, including increasing the number of people of color on the board, staff and roster of these programs. The program's vision is for all boathouses in this country to reflect the diversity of its city, at every level of competition, from recreational rowing to the Olympics. 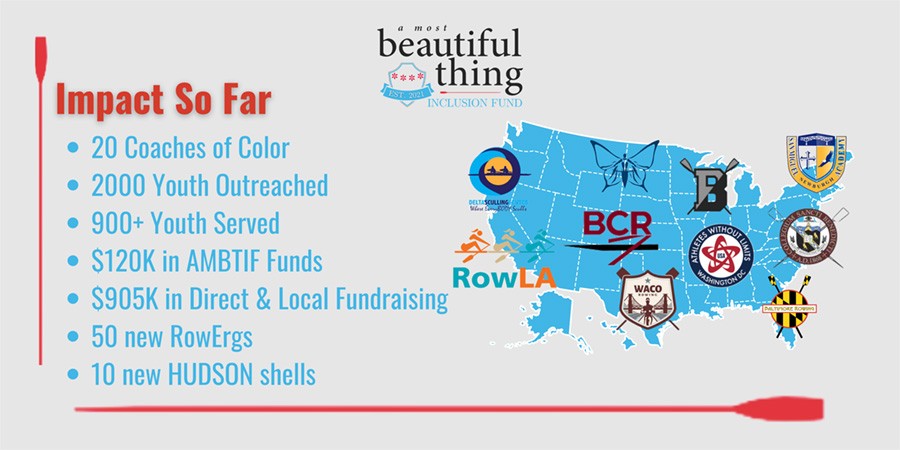 In 2021-2022, AMBTIF supported five programs, and in 2022-2023, five new programs will receive the same support. This includes dedicated grants to support (a) coaches of color, (b) transportation/swimming lessons/academic tutoring; and (c) athletes to compete in an out- of- city regatta. So far, as a result, AMBTIF has:

Youth from Delta Sculling Center (Stockton, CA) were able to travel to Seattle WA, through AMBTIF support. Pat Tirone, Executive Director, shares, "We got to go to Seattle. Kids got a sense of what a commitment collegiate rowing is, and there was some realism with the idea of rowing in college. One of our students was lit from the visit in Seattle. She soaked in everything she could from there and sees rowing there as a possibility where she did not see it before." 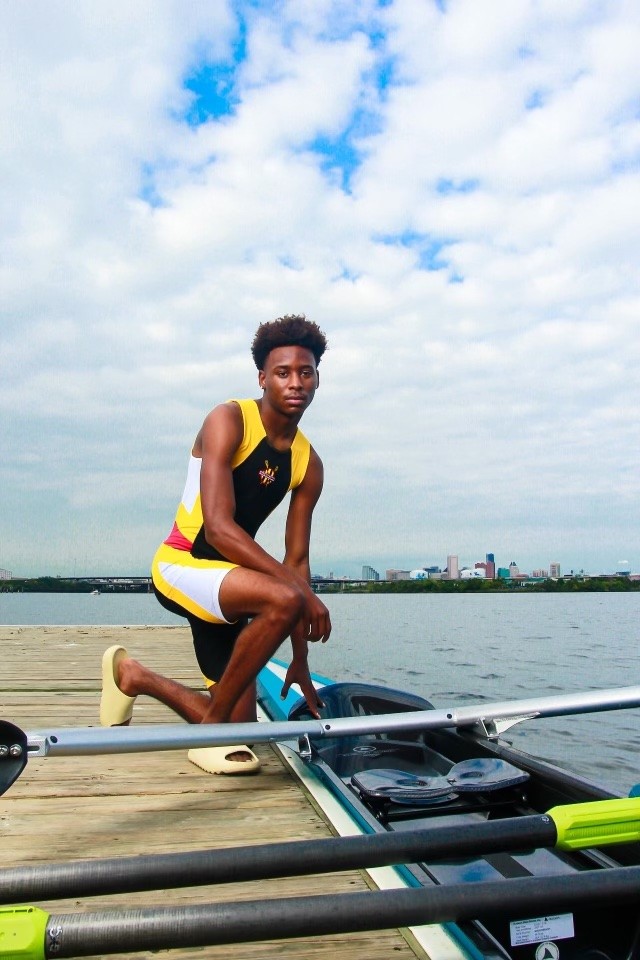 AMBTIF has provided DEI training to all of its partners and has sent Arshay and Olympic athletes to each partner city to help each partner program with athlete and middle school recruitment. Arshay and AMBTIF has established local partnerships in the community, relationships with elected officials, and guided strategic development plans. According to Karyn Shackelford at Baltimore Community Rowing, "With the visionary mindset that Arshay has, brainstorming different ideas has been really invaluable. The funding and staffing support has been helpful there."

HUDSON and Concept2 have been key partners to AMBTIF. To date, almost 20 brand new HUDSON shells and over 100 Concept2 ergometers will have been given to programs who are dedicated to the AMBTIF vision in diversifying the sport of rowing. Fr Mark Connell from San Miguel Rowing Program (Newburgh, NY) speaks to the impact of the equipment, "Before AMBTIF, our rowing team had a dozen [students], never much more than that. But now, because of the new equipment and the coaching, our roster has increased; it has quadrupled easily. Instead of four students sharing an erg, we now have two [sharing an erg]. Rowing is the sport everyone wants to do and for AMBTIF to say 'we believe in you' that means a lot to us."

In 2021-2022, AMBTIF awarded ten HUDSON rowing shells and Concept2 oars and fifty Concept2 ergometers to 5 partners. HUDSON has designed rowing shells in AMBTIF colors, reflecting the colors of Chicago. Below is a photo of two boats in Chicago at the boat naming ceremony on September 11, 2021. 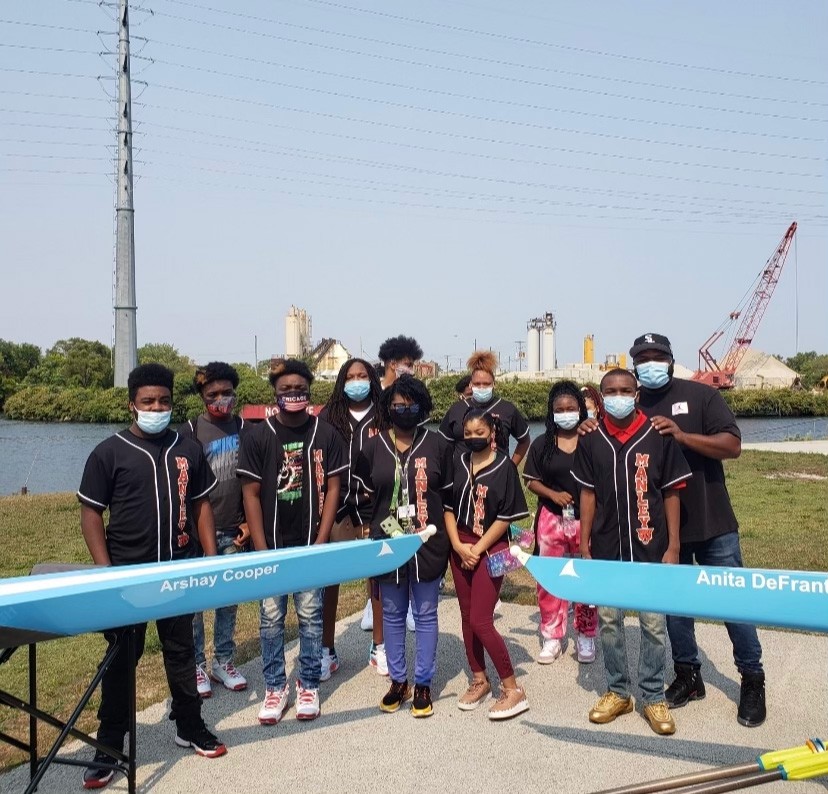 Staci Brown, Executive Director of Chicago Training Center (Chicago, IL), shares, The equipment is very necessary, especially the smaller you are and it allows you to grow on diff levels. The "I rise" stipend, even before the additional local funding, allowed the staff to get more committed, because they were getting less than minimum wage when they were coaching. That support was very much needed, because now we can maintain coaches with more pay."

The five programs receiving grants and equipment in Year 2 are:

The A MOST BEAUTIFUL THING INCLUSION FUND, was formed in 2021 in the wake of the highly acclaimed film, A MOST BEAUTIFUL THING (featuring the story of Arshay Cooper, which is narrated by Common, directed by Olympian Mary Mazzio, and executive produced by Common, NBA stars Grant Hill and Dwyane Wade, Grammy-winning producer 9th Wonder, Olympians Ginny Gilder, Tyler Winklevoss and Cameron Winklevoss, along with Bill McNabb and Bill Hudson.)

Arshay Cooper, himself an award-winning author, is leading the work of the A Most Beautiful Thing Inclusion Fund ("AMBTIF") which boasts a stellar advisory board consisting of Olympians Anita DeFrantz; Aquil Abdullah; David Banks; Alex Osborne; Pat Etem; Mary Mazzio; Dan Walsh; Elle Logan, along with Bill Hudson, David Covin, and Scott Woodworth. The AMBTIF is housed as its own fund, fiscally sponsored by the George Pocock Rowing Foundation.

Arshay has brought on Denise Aquino, founder of Rowing in Color to assist him in this effort. To support the A Most Beautiful Thing Inclusion Fund or learn more about the need for inclusion in rowing, please visit https://www.amostbeautifulthinginclusionfund.org/ or contact Arshay Cooper at arshay@pocockfoundation.org or Denise Aquino denise@pocockfoundation.org.