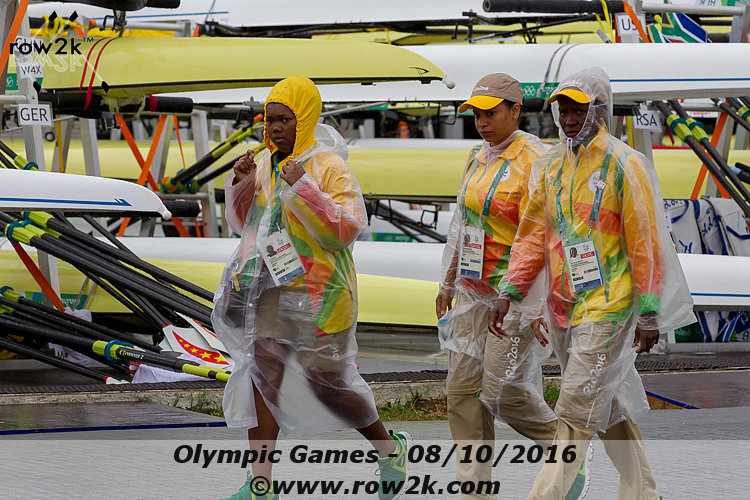 "As we said yesterday, we wanted to see the forecast that came in at six last night and what came in this morning," said FISA executive director Matt Smith. "We sent our team down to the start to see if the conditions with a headwind that we were experiencing allowed us to race in the first 500. The answer was no."

In total, the U.S. will have nine crews racing on Thursday including the women's quad and women's double who will be competing for spots on the medal podium. Grace Luczak (Ann Arbor, Mich.) and Felice Mueller (Cleveland, Ohio) will get things started at 8:30 a.m. local time in the semifinal of the women's pair.

While FISA is hopeful that racing can be held on Thursday, the forecast calls for winds from the same direction as Sunday, although not as strong, Smith said. FISA has not had to cancel any races as of yet and is still hopeful that every rower can get in all of their races.

"Tomorrow, we will come down again at six and try to assess the situation, and we will do the same thing as we planned today," Smith said. "We stay reasonably optimistic about tomorrow, but Friday and Saturday, as of now, are still saying quite good conditions."