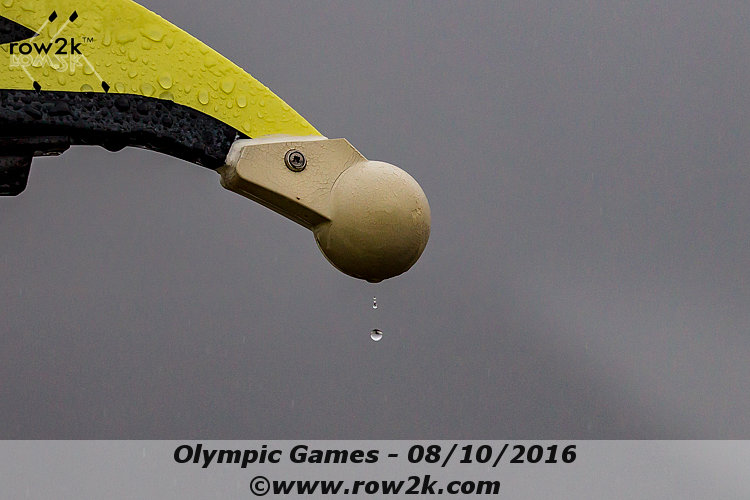 On the postponement of Wednesday's racing:

"We sent our team down to the start to see if the conditions with the headwind that we're experiencing allowed us to race in the first 500 (metres). The answer was no. The forecast shows in fact that the conditions that we had at 06:00 and 07:00 are the conditions that more or less (will) happen through the whole day."

"The team of technical officials came back and we consulted several different forecasts including the official service and we decided that the chance of a variation from what the forecast was was very, very unlikely. All forecasts were saying the same thing, so we decided to postpone the whole day today."

"There was a question of why didn't we reserve this afternoon from a few teams, and we decided that based on the forecast and several other independent checks, it really was very unlikely that conditions would suddenly improve, so we decided just to calm everyone down and send them back and we (will) start again tomorrow morning (Thursday)."

On plans for Thursday:

"Having looked at the forecast at 12:00, at 18:00 and tomorrow (Thursday) morning at 06:30 we will give an indication about the afternoon (on Thursday). We'll reserve the afternoon if this (weather) front should pass, and we'll announce at 12:00 noon if it's a go-ahead on the afternoon."

On plans for the rest of the regatta:

"The forecast for tomorrow (Thursday) is less strong winds than today but (I'm) not particularly optimistic about the forecast. The wind direction is from the hilly side which we experienced on Sunday, but much less strength in the wind.

"We still hold Sunday morning as a reserve day option to see how this plays out. We have already made a plan C or D. I can't remember which plan we're on now - we would use a bit of Saturday afternoon just after the finals - if we lose tomorrow (Thursday) - and be able to finish Saturday with all of the races that are planned and promised to the rowers."

On whether they would consider racing a shortened course or ask people to race twice:

"We have the chance to do two sessions on Friday and Saturday, which would mean possibly racing twice in a plan E. We reserve that option which would mean Saturday late afternoon racing to catch up if needed."

"A shortened course, like if you were around in Athens in 2003 at our test event, we had a very strong tailwind which caused the second part of the course to be very wavy, and we had the start at the start and the finish at the 1000 (metre mark). That is in the FISA rulebook as an option."

On whether cancelling days or re-allocating lanes due to a crosswind is more stressful:

"Wednesday in London (2012 Olympic Games) was one of the most difficult days we've ever had. That was the day when the wind was really changing direction in that morning and we had to make these important calls, such that we couldn't settle on a pattern that was consistent."