In late June, a group of men's varsity rowing coaches collaborated to create the new Intercollegiate Rowing Coaches Association, or IRCA, to represent their programs in topics and challenges of mutual interest, and critically to be able to act collectively on behalf of their sport and athletes.

The group will represent 51 programs that are Intercollegiate Rowing Association members and another 25 men's programs that have varsity status but are not IRA member institutions.

Creation of the association, which had been discussed for several years by members of the men's coaching ranks, was finally put into motion by Northeastern coach John Pojednic and Wisconsin coach Chris Clark.

"We saw coaching associations joining petitions to protect their sports and programs, and to my eye it was just glaringly obvious that men's rowing was nowhere to be seen," Clark said in the inaugural meeting of the association, held via Zoom on June 30.

"Chris and I have been talking about the formation of a men's collegiate rowing coaches association for many years and, as far as we can tell, we're one of the only, if not the only, sports at the college level right now that doesn't have an association like this," Pojednic told row2k.

In May, numerous national collegiate coaches associations signed a letter opposing a proposed reduction in the minimum of 16 varsity sports required to be an NCAA institution and participate in FBS football; the Collegiate Rowing Coaches Association (CRCA), the women's coaching rowing association, signed that letter.

"Frankly, I'm embarrassed that as the original college sport we don't have an association," Clark said. "Every other college sport does, and most HS sports have advocacy organizations as well. It's more than time for it. It's a profession; it's time we start acting and looking like one."

"We do feel like we're way behind on this in general," Pojednic notes. "Our goal was always to promote growth and evolution in the sport and advance professionalism among coaches in our sport. That's where the idea sort of germinated from years ago. Obviously, current events have not only accelerated our sense of the need for this kind of organization, but after the loss of the racing season in 2020, Chris and I got together, and for the first time, we have the time to get on this and get this off the ground."

Pojednic said that the group turned to the board of the CRCA for guidance on getting underway and avoiding pitfalls, as well as to IRA commissioner Gary Caldwell.

"We turned to Gary Caldwell for an awful lot of guidance, and in the end formed much of it in the image of the CRCA," he said. "The reality is that 150-years-old men's rowing has taken a page out of the women's coaches playbook, and we've been collaborating with them. Maddie Davis, Sheila Rinozzi, and Kate Maxim have been really, really helpful to Chris and I, because they learned a lot about what their association has become just through trial and error over the course of the past 15 or 20 years, and keyed us in to a lot of things that will help us start off in a place that's further along than the CRCA was at its own founding. That's been extraordinarily helpful to us."

To date, the IRCA will include only programs that sponsor rowing as a varsity sport; ACRA teams will not be members.

"That was a really important question that we mulled over at length," Pojednic said. "The conclusion we came to was that, first, we feel that the ACRA is a very strong organization already with a lot of very good coaches. They have more member programs and the IRA does, if I'm not mistaken. First and foremost, we felt that the ACRA system is a very good system, and that their coaches are in a lot of ways more organized than we are; they already have something like this in place.

"We are hopeful that on big-picture rowing issues that the ACRA will welcome us into a collaborative discussion and that we can work together on issues that are universally relevant to rowing, and to young men rowing at the college level in the United States."

Ahead of its initial meeting, the IRCA laid out initial goals for the association, including measures toward serving as an inbuilt development system for male US national team candidates; to 'embrace and support diversity, equity and inclusion in the sport of college rowing (including but not limited to race, ethnicity, sexual orientation, religion and gender identity); foster growth and development of rowing as a college sport in a manner that is demographically reflective our society at large;" and responding to repercussions of the COVID-19 crisis, which Pojednic believes has become cover for longtime attempts at many institutions to decrease the number of intercollegiate sports they sponsor.

Since that first meeting, the association's mission has become more urgent with the announcement of the cutting of two longtime and storied men's programs, Stanford men's rowing and Dartmouth lightweight rowing (open women's programs at UConn, North Park, and Ohio Wesleyan have also been cut, as well as the Stanford lightweight women).

row2k will have additional reporting on these issues and programs shortly.

Both Clark and Pojednic said that the IRCA's first tasks will be to put in place such as a board, committees, and other organizational elements, with a target of November.

Clark said that the first meeting "was essentially baby steps; I'm certain it will take some time to evolve into a proper and effective body. Amongst the men's rowing ranks, I'm positive that the right leaders will emerge. John and I have just lit the fire."

"Chris and I are trying to nudge it forward so that we have a board in place, we have officers and committees in place, and small groups of motivated people can start to tackle the issues one by one on a committee basis," Pojednic said. "We think our timeline is solid and we're committed to getting it there, and we're going to be calling out to a lot of young, smart, motivated assistant coaches, associate head coaches.

"The future of this organization lies in the hands of people who are young and motivated and hardworking, who are trying to establish a career trajectory for themselves in a sport that they need not only to save but to help evolve. You're going to see a lot of people that not everyone has heard of in important positions." 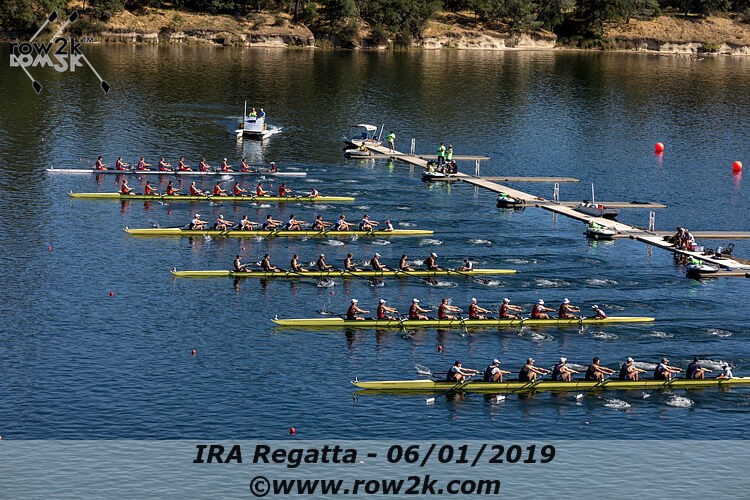 The 1980 Olympic Boycott: Rowers on Missing the Games - Part 2
Get our Newsletter!
Enter your email address to receive our updates!